December 7 2018
65
According to the British agency Reuter, the American oil company Chevron is preparing to sell its stake in an international consortium developing Azerbaijani oil fields in the Azeri-Chirag-Guneshli block (ACG). Earlier, the sale of its assets in ACG (share in 6,8%) was announced by another American oil giant Exxon Mobil. 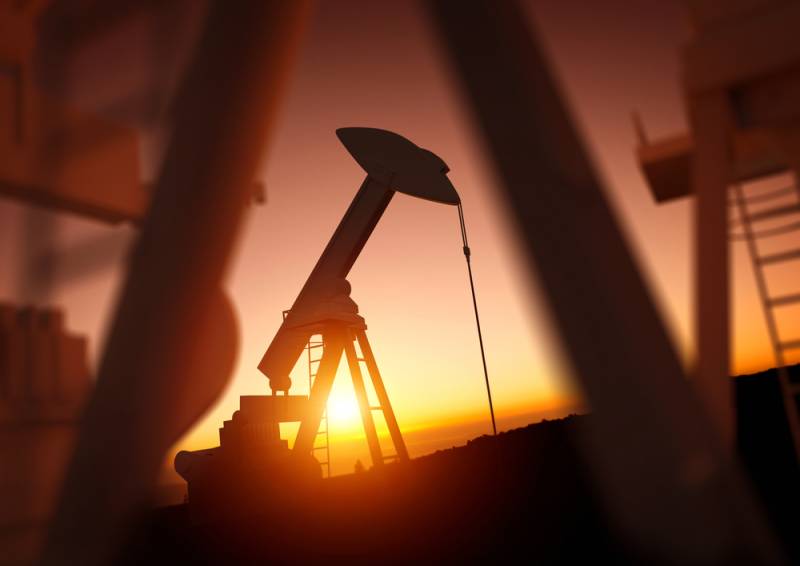 "Contract of the Century" and its incentives

Chevron refuses not only its stake in the Azeri-Chirag-Guneshli project (9,6%), but also its participation in the use of the Baku-Tbilisi-Ceyhan pipeline, in which the American company owns 8,9% of assets. Baku portal Haqqin.az has to admit, “after 25 years, American oil and gas companies are leaving Azerbaijan.”

Haqqin.az a little hurried. The anniversary of the “Contract of the Century”, as experts called it to the high-profile epithets called it, will be only next autumn. After all, the international project for the exploitation of the Azeri, Chirag and Guneshli oil fields in the Azerbaijani sector of the Caspian Sea takes a very specific date for its point of reference - 20 September 1994.

It was on this day in the Baku Gulustan Palace that thirteen companies specializing in oil production signed an international agreement on joint development of three oil fields in the Azerbaijani sector of the Caspian Sea. The agreement includes large companies from eight countries of the world.

December 2 President 1994 of Azerbaijan, Heydar Aliyev, by special decree, confirmed the legal competence of the international contract. Ten days later, the Milli Majlis (parliament) of Azerbaijan ratified the “Contract of the Century”, giving it full legal force. The deal was finalized for thirty years - until 2024.

Work in the oil fields began to boil. Under the contract, international companies have invested over 11 billions of US dollars in deposits in the Caspian Sea. This returned to the oilmen billions in revenues, the profits from which they shared with the government of Azerbaijan.

More precisely, 80 percent of the profits from the implementation of the international oil project remained in Azerbaijan, which, according to Heydar Aliyev, "gave a great impetus to the development of the city of Baku, and of Azerbaijan in general." In gratitude for this, in August 2001 of the year, by his decree, Aliyev declared the day of the signing of the "Contract of the Century" (September 20) a public holiday - the Day of Oilmen of Azerbaijan.

The rise in oil prices at the beginning of the century gave the contract a new impetus. From Baku, in addition to the oil pipeline leading to the Black Sea port of Georgia (Baku-Supsa), they laid an oil pipeline to the Turkish coast of the Mediterranean Sea. Oil has flowed to the West, replenishing the accounts of the companies participating in the project and the treasury of the Transcaucasian republic.

Prospects were the most optimistic. Initially, oil reserves in the ACG block were estimated at 511 million tons of oil. Then he made additional exploration and obtained new data - 730 million tons. News I was so pleased with the project participants that they did not wait for 2024 of the year and re-signed the contract on new conditions last fall - until 2050 of the year.

Agreed on the amount of investment. The share of the Azerbaijani oil state company in the project was raised from 11,6 to 25 percent. For eight years, foreign partners have pledged to pay a substantial bonus to the State Oil Fund of Azerbaijan in the amount of 3,6 billion US dollars.

Signatories did not bother that oil prices plummeted. Not only the revenues of the companies participating in the project were reduced, but Azerbaijan itself, which hooked "on the oil needle", faced with great difficulties. (According to the executive secretary of the REAL opposition movement Natik Jafarli, whom he gave on his Facebook page, “From 10 manats in the pocket of our compatriots at least 8,5 was earned through oil, directly or indirectly.”) Baku’s revenues from oil went down sharply, fell national currency, struck up the country's banking system. The economy has slipped into recession.

Another factor left unattended by the participants in the oil consortium was a decrease in oil production in the ACG block. For the first time faced with this in 2010 year. Then production reached 823 thousands of barrels per day, but then began to fall. Plans for project participants to reach a million barrels of oil per day remained unfulfilled.

In addition to these troubles, it turned out that the government of Azerbaijan had classified the oil reserves in the ACG to the level of state secrets. British Petroleum experts made their own analysis of the prospects for the development of Azerbaijani fields and concluded that it is possible to increase production only through additional costs. Moreover, these "investments may even become commercially unprofitable for companies."

It was then that they started talking about extending the contract to 2050 of the year in order to offset the costs of the long-term project. However, the Reuter already mentioned here shocked the world with its conclusion: the oil in Azerbaijan ends. The IMF experts gave a softer forecast, albeit a disappointing one: without serious investments from the ACG field, production will decline with the rate of 10 percent per year.

The decline of the oil project in Azerbaijan is now predicted by many foreign experts. They agree that "the current level of production on the ACG will be exhausted by the 2019 year." Than it threatens, it is possible to see on the example of gas projects of Baku. They degrade for several years. So now Azerbaijan has become an importer of gas. “In just three years, from 2015 to 2017, gas imports soared 16 times: from 107 million cubic meters. m to more than 1,7 billion, "- sums the disappointing outcome of a REGNUM news agency.

Of course, the Transcaucasian republic itself will do without oil exports, but will lose the geopolitical role of the international center for the extraction of hydrocarbons. As for the fields of the ACG block, the depletion of resources reduces the commercial value of its development. It seems that the same conclusion was reached in American oil companies and began to sell off their Azerbaijani assets.

Translated from Russian into Russian, this means that Baku has the opportunity to play a “Russian card” with the West, presenting itself to the world as a conductor and champion of the interests of “democratic civilization”. This pass in the western capitals accepted.

They began to use Azerbaijan as an alternative to Russia in the southern European direction. Since then, all gas and oil pipelines from Baku have been considered as a counterweight to Moscow’s influence on the energy market. In return, Azerbaijan received little. At least, in his main painful point - Karabakh, he did not wait for help from the West.

Moreover, pumping oil from Azerbaijani fields in the Western capitals actively criticized Baku for an authoritarian style of government, for human rights violations and other non-democratic sins. Now for such criticism there will be no restraining factors at all.

In new circumstances, experts predict a rapprochement between Baku and Moscow. How it will actually be difficult to foresee. Suffice it to recall the forecasts of regional strengthening of Azerbaijan in connection with its energy capabilities. Already it is obvious that in the long run these forecasts turned out to be untenable.