In the USA, the Ka-52 helicopter was compared with the American Apache

December 6 2018
60
The Russian Ka-52 "Alligator" and the American AH-64E can be called the best combat helicopters in its class, and the "Kamovsky" machine boasts better maneuverability and greater firepower, writes Business Insider. 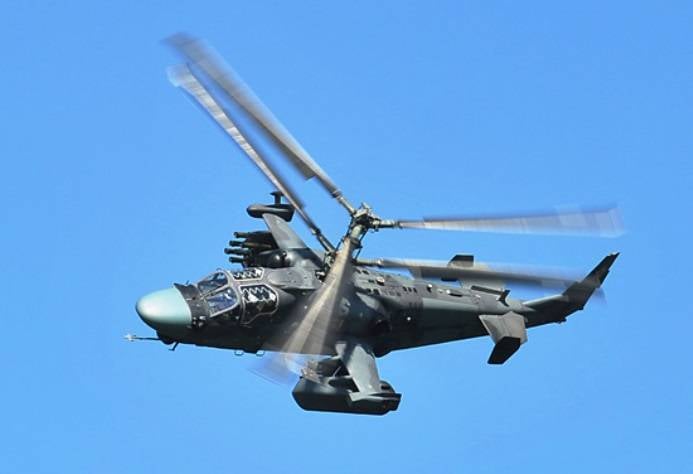 The author notes that the Ka-52 acquired “extreme maneuverability” due to the coaxial arrangement of the screws. The helicopter is armed with such missiles as Whirlwind and Attack (anti-tank), X-25ML (air-to-surface class), as well as unmanaged C-8 (80 mm) and 2-42 gun (30 mm).

At the same time, the ship-based Alligator is equipped with X-35 anti-ship missiles with a range of damage to 130 km, he adds.

The entire Apsen arsenal can be counterbalanced by AGM-114 Hellfire (air-to-surface) missiles, 70-mm unguided missiles, and also a 30-mm cannon, the material says.

True, the latest version of the Apache - AH-64E has a "trump card": its equipment is able to receive information from UAVs and even partially manage them.

As a result, the author concludes that, despite the Alligator’s superiority in maneuverability and armament, the winner “with a small margin” is still the “Apache”, “able” to actively interact with the drones.

The article also notes that Apache first took to the air in the 1975 year, has since been modernized several times, the newest option is AH-64E. As of 2014, the year was the second most common combat helicopter after the Soviet Mi-24.

Ka-52 The Alligator made its first flight in 1997, and is the successor to the Ka-50 Black Shark (Black Shark). The machine is capable of hitting armored and unarmored vehicles, manpower, and air targets on the battlefield.