Egyptians showed a new reconnaissance vehicle based on MTLB

December 5 2018
18
On passing these days in Cairo international armory Egyptian gunsmiths demonstrated an example of a new reconnaissance vehicle created on the basis of the Soviet MTLB armored personnel carrier at the EDEX 2018 exhibition, Military Parity reports with a link to armyrecognition.com. 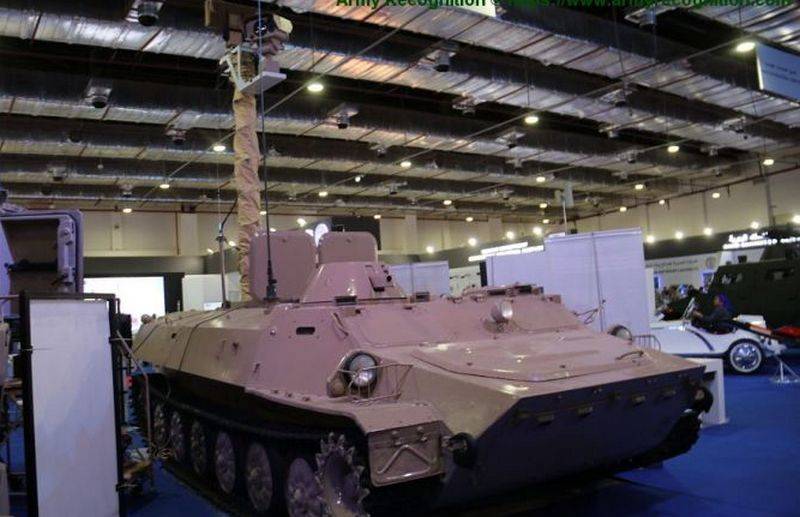 The development of the new reconnaissance vehicle under the symbol MTLB-V was led by the state-owned Arab International Optronics Organization (AIOEGY), a subsidiary of the Ministry of Defense of Egypt. The machine is designed to patrol the border zone, both on land and on the coastal areas, while it is able to detect targets at considerable distances and provide target designations for artillery to destroy them.

On making any changes to the chassis MTLB, engine and body, not announced. The installed equipment includes a radar, thermal imagers, a laser rangefinder and a daylight optical camera. A set of sensors is mounted on a telescopic mast with a height of 10 meters.