The encryption business of the Soviet Union. 1 part

December 5 2018
41
The first developments in the USSR in the matter of information encryption date back to the beginning of the 20s. They were aimed at encrypting the speech signal. Development based on the principles of single-band modulation of electrical sound signals, heterodyne frequency conversion, recording voice signals on a magnetic carrier, for example, wire, and other similar inventions were based.


Soviet scientist, Corresponding Member of the USSR Academy of Sciences Mikhail Alexandrovich Bonch-Bruyevich in 1920 offered a modernized version of the temporary permutation. What it is? Imagine that the speech that you want to classify, recorded on magnetic tape. After recording, the tape is stripped into small pieces, further glued together according to a predetermined permutation algorithm. In this mixed form, the flow of information and sent to the channel telephone line. The simple principle of the reversal of the sound information flow was proposed as early as 1900 by the Danish engineer Waldemar Poulsen and was called the time inversion. After years of 18, Eric Magnus Campbell, an engineer from Scandinavia, Thigerstedt perfected Poulson's idea by proposing temporary shifts. The receiver-phone as a result is only aware of the original algorithm (key) permutation of fragments and restore audio information. Bonch-Bruyevich made everything much more complicated, suggesting that in each segment of several segments a permutation be carried out according to a special cycle. 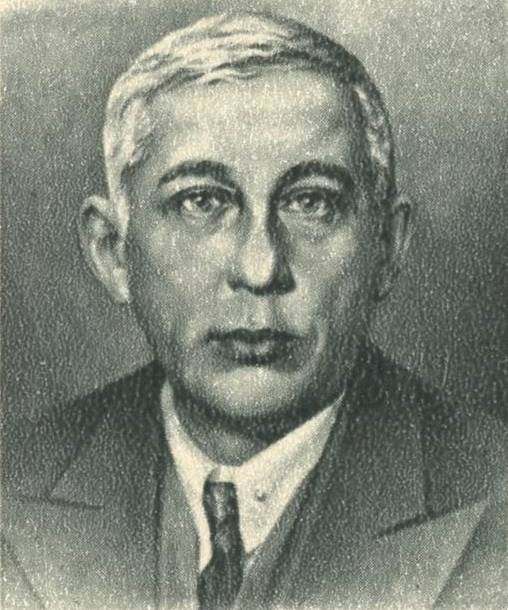 The practical implementation of domestic developments was carried out at the Research Institute of Communications of the Red Army, when during 1927-28 for the OGPU and border guards they created 6 hydroelectric power stations designed by N. G. Suetin. Also, the institute carried out work on further modernization of the secret field telephone to the HES-4 model. The importance of the topic of secrecy of telephone conversations in the USSR is evidenced by the fact that a whole bunch of departments dealt with this problem: the People’s Commissariat of Post and Telegraph, the Institute of Communications of the Red Army, the Komintern Plant, the Research Institute of Communications and Telemechanics of the Naval fleet, Research Institute No. 20 of the People's Commissariat of the Electric Industry and the special laboratory of the NKVD. Already in the 30s, high-frequency government communication lines were launched between Moscow and Leningrad, as well as Moscow and Kharkov. The Krasnaya Zarya plant launched the serial production of SMT-34 three-channel high-frequency telephony equipment (range 10,4–38,4 kHz), which met the requirements for speech purity at a distance of 2000 km. By mid-1931, it was possible to establish a more or less acceptable high-frequency connection between Moscow and the capitals of most of the Union republics, military districts and regional centers.

But even such a link, with the proper level of professionalism of spies, could easily be intercepted, as it protected only from direct listening. In fact, the wires were running high frequency current, not perceived by the human ear without special treatment. The detector receiver of the simplest design solved this problem, and telephone conversations of the highest level could be heard without problems. Interestingly, the former People's Commissar of Internal Affairs Yagoda interrogated admitted that he had specifically hampered the development of new equipment for the protection of communication lines, since he did not understand how it was possible to conduct total wiretapping of telephone conversations with new security technologies.

The Soviet Union, in addition, felt its own lag in the development of automatic telephone exchanges, which had to be purchased from German Telefunken. The procedure of importing such equipment into the Union was amusing: they removed all the labels from the equipment and presented it with a clean eye. Significant was the signing of a non-aggression pact between the USSR and Germany in 1939. Stalin conducted all negotiations with Hitler by means of a Siemens telephone scrambler brought from Germany and an Enigma cryptographic machine. Own technology of this class in the USSR was not. After finishing the negotiations, Stalin invited Ribbentrop to himself, Molotov with the company, and solemnly proclaimed: “Hitler agrees to the terms of the contract!” Later, all those who in one way or another provided Stalin with the Führer, died in mysterious circumstances, or disappeared in prisons. 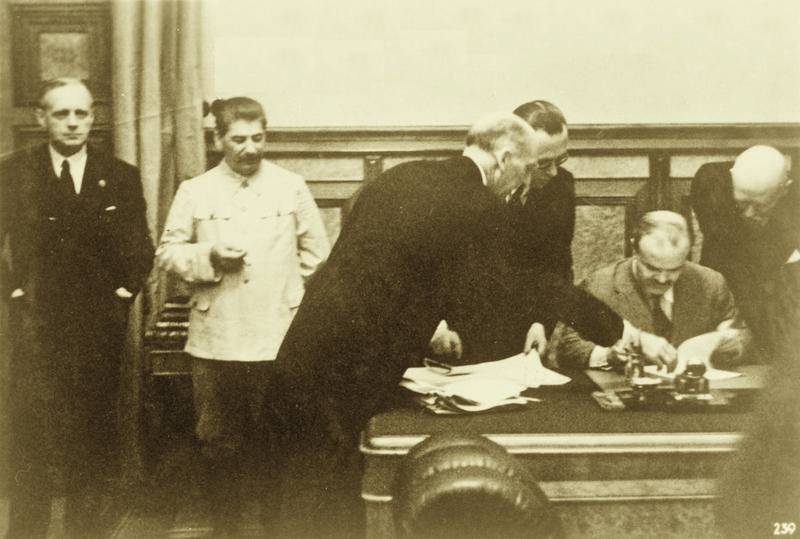 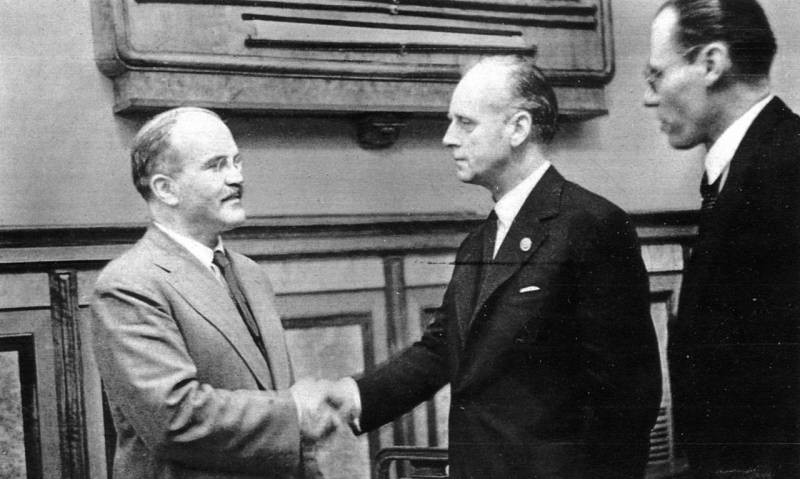 On the potential vulnerability of government HF communications, a senior technical engineer M. Ilinsky 8 August 1936 announced for the first time in a report. Then, the agents of foreign special services were considered as intruders as part of personnel serving the communication lines. Special tests were conducted in the 1936 year near Minsk, during which a long-wave antenna intercepted telephone calls at a distance of 50 meters from the communication line. In 1937, the agency reported that there was an unauthorized connection on the Moscow-Warsaw line in Poland. A year later, the head of the government communications department, I. Vorobyev, wrote a report in which he raised the alarm about the complete lack of secrecy in the Kremlin's long-distance talks. They responded quickly and conducted a special cable to connect the RF communications to the Kremlin telephone exchange. But the rest of the USSR government building continued to use the city telephone network.

After a large volume of warnings about discrediting the secrecy of negotiations, the People's Commissariat of Communications began to develop special protective filters for equipping long-distance telephone lines with them. At the beginning of 1941, a special device was put into operation in Tallinn - the “noise curtain”, which significantly complicated the interception of HF communications to radio equipment. Later, such know-how began to be widely used in the government departments of Moscow and Leningrad. For all the concern of counterintelligence problems of Western espionage in the USSR, the problem of recruiting personnel for HF communication lines was somehow missed. Only 5 of May 1941 of the year appeared a resolution transferring all classified communications to the category of government.

With an obvious internal shortage of their own classifying equipment, management had to seek help from foreign companies. Americans put in the USSR a one-time spectrum inversion setup for the Moscow Radio Telephone Center, and the Germans from Siemens in 1936 tested their encoder on the Moscow-Leningrad line. But to fully rely on the reliability of such a telephone connection, for obvious reasons, was impossible.

By 1937, the leadership of the relevant departments presented fairly simple requirements for Western manufacturers: a compact device was required that could protect against decryption using a radio receiver. The condition of protection against decryption of information using a technique of a similar complexity was not even mentioned. Requests went to Switzerland (Hasler), Sweden (Ericsson), Great Britain (Standart Telephone and Cables), Belgium (Automatik Electric), Germany (Lorenz, Siemens & Halske) and the USA (Bell Telephone). But everything ended ingloriously - most of the companies refused, and the rest asked for an incredible 40-45 thousand dollars for those times just for development. 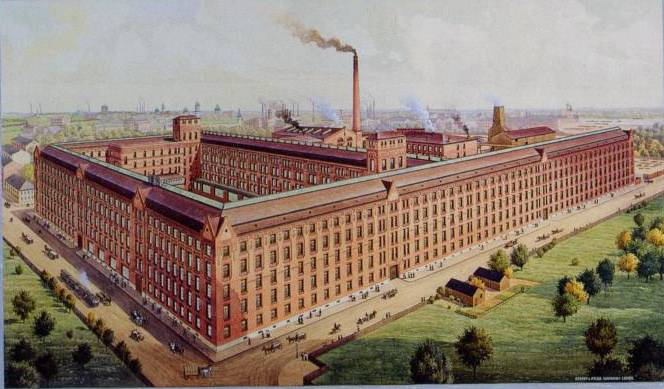 As a result, automatic redistribution of telephone conversations, called EU inverters, went into the series at the Krasnaya Zarya factory. The abbreviation is derived from the names of the main developers - K. P. Egorov and G. V. Staritsyn. They did not stop there, and by 1938 they mastered a more complex EC-2 device, which was notable for the ability to transmit no more than 30% of the total readable text to the subscriber - everything else was lost. But the encryption went in full without loss. They tested the EU-2 on the Moscow-Sochi line in August of the 36, and came to the conclusion that the technology requires high-quality communication channels.

Despite all the difficulties of use, 5 January 1938 of the year issued a decree on the launch of the first domestic device for the automatic classification of telephone conversations. It was assumed that the NKVD will receive by 1 in May twelve half-sets of racks to equip them with government communications.

Based on:
Babash A.V. and others. On the development of cryptography in the XIX century // Information Security, №5, 2003.
Astrakhan V. I., Gusev V. V. Formation and development of government communication in Russia, 1996.
Astrakhan V.I., Pavlov V.V., Chernega V.G. Governmental Telecommunications stories Russia. Part of 1, 2001.
Klepov A. Information weapon Stalin.
www.obereg.ru.