Is Israel preparing to destroy the SAR air defenses?

December 4 2018
60
In recent years, it was easy to see that every time there is an escalation of tension in Ukraine, Russia should always expect a strike elsewhere. 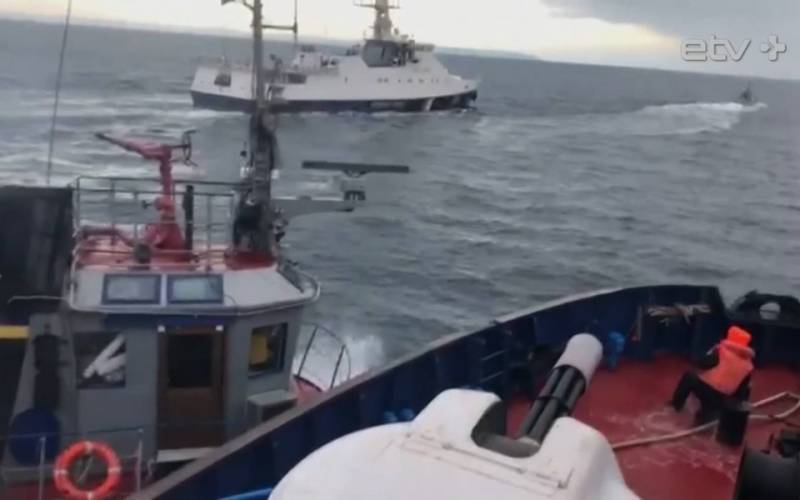 And he immediately followed. As expected, in the Middle East. While all attention was drawn to the provocations in the Kerch Strait and to the preparation of the G-20 summit, Israel tried to "try out" the Syrian air defense system, reinforced by the C-300 air defense system after the incident in Lattakia, which led to the death of the Russian aircraft and its crew. 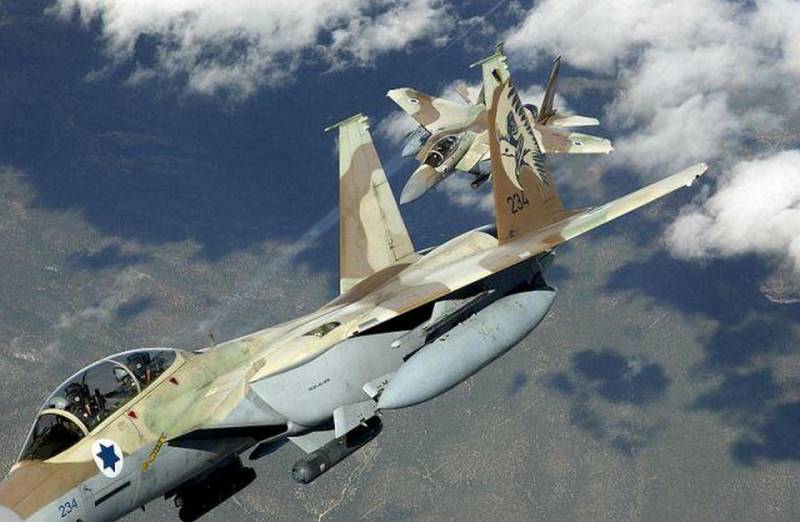 After two and a half months of "idleness", Israeli planes attacked the UAR. Without going into the airspace of Syria that is. Without jeopardizing themselves, they launched missile launches in an effort to destroy a number of objects south of Damascus.

However, as reported by the Lebanese edition of Al-Akhbar, the attack, fortunately, did not succeed - most of the missiles were intercepted by Syrian air defense, the rest were not able to hit any target. It is not entirely clear whether this was the result of the work of the EW, or whether these rockets simply did not shoot down, having calculated their trajectory and making sure that they do not carry a threat. 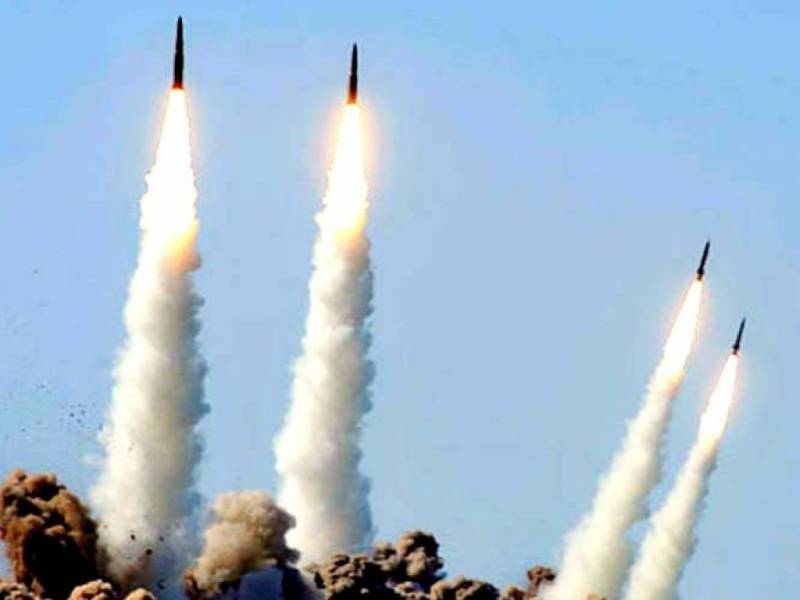 Parts of some air defense missiles fell into the occupied territories - Quneitra and the Golan.

It is also not known whether the anti-missile systems C-300 were received in the attack. By the way, the Lebanese edition claims that “dozens of missiles were not aimed at specific objects” (if, of course, this is even possible), and the blow itself was intended to show that Tel Aviv “wanted to emphasize that it does not hold back its actions and may continue to implement his plans in the Syrian arena regarding what he calls the “red lines” (the presence of Iran / transmission weapons Lebanon), and that, despite Russia's intransigence and the rejection of any new agreements, it is able to act in a way that meets its interests in the field of national security. ” 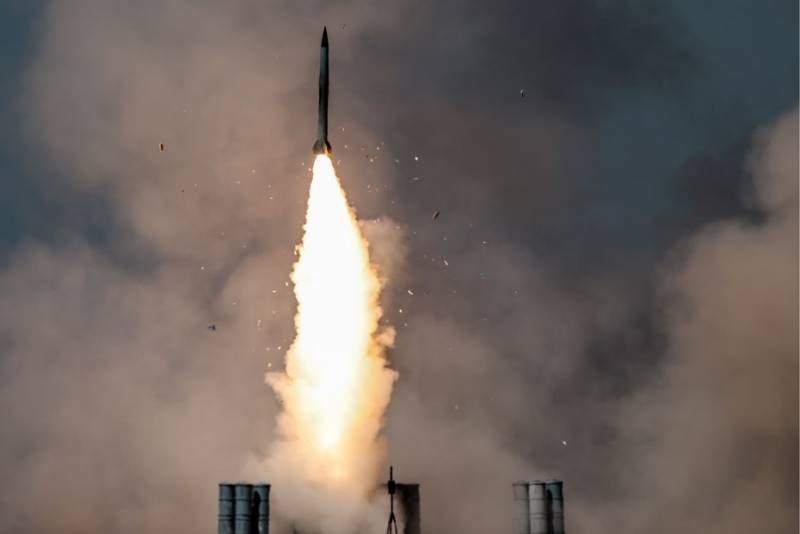 Recall that 18 November Netanyahu guaranteed the Foreign Affairs and Security Committee of the Knesset that the Israeli Air Force did not have any restrictions in its operations over Syria. 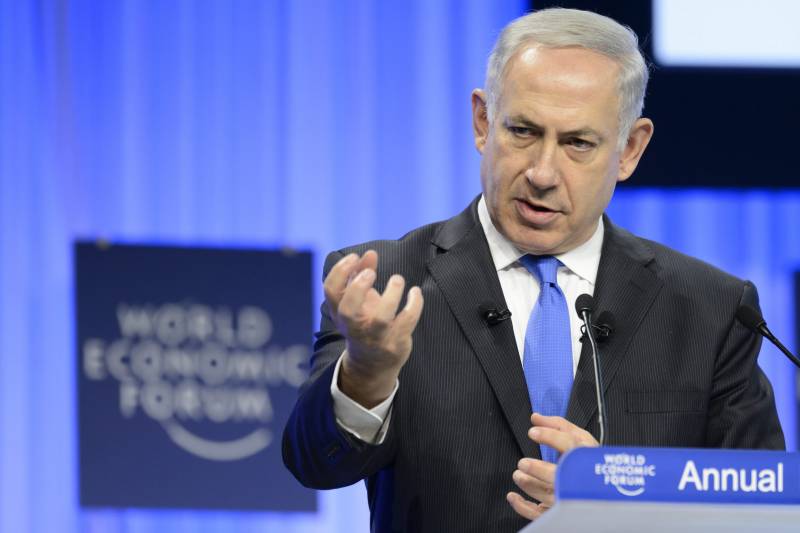 However, without denying the “demonstration” and political objectives of this attack, it cannot be ruled out that the attack by the Israeli Air Force was a reconnaissance mission in order to study the changed capabilities of the CAA air defense. And if so, then there is no reason to regard this strike as a “failure”.

In any case, we can assume that this attack is not the last.

The emergency meeting of Israeli Prime Minister Benjamin Netanyahu with US Secretary of State Mike Pompeo, which was to be held a few days later, but which was decided to postpone it to an earlier date, inspires some concern. It is reported that the reason for this was the need for the head of foreign policy to attend the funeral of former US President George W. Bush. However, the Israeli media questioned the truth of this reason, indicating that Pompeo could have time for both the funeral and the meeting (it was still scheduled later), and the reasons for urgency are completely different. Especially since Netanyahu will be accompanied by the head of foreign intelligence "Mossad" and the secretary of the National Security Council. 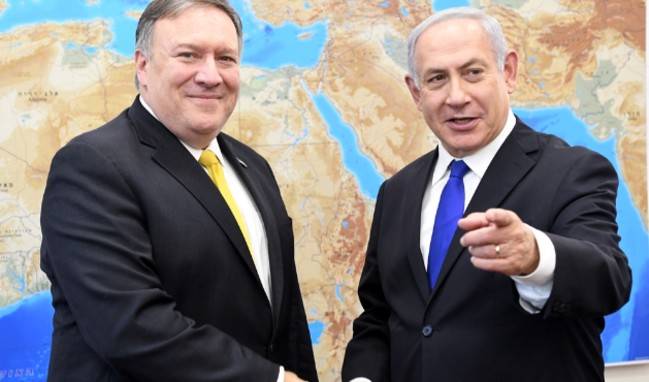 According to official information, the Israeli Prime Minister and the head of American diplomacy will discuss developments in the Middle East. Experts believe that the meeting will be devoted primarily to the "Iranian problem." Which for Americans and Israelis currently includes Russian, Syrian, Iraqi, Lebanese and even partly Turkish “problems”. Since all these countries are working closely with Tehran, including in the fight against terrorism in Syria.

According to EADaily, a military commentator for the Israeli Ynet Internet publication Ron Ben-Yishai compares Netanyahu's urgent departure to Brussels with the meeting of former Israeli Prime Minister Ehud Olmert with the American leadership on the eve of the attack on the 2007 nuclear reactor in Syria that was being built then in September. year, thus giving to understand that the current emergency summit goals are similar. 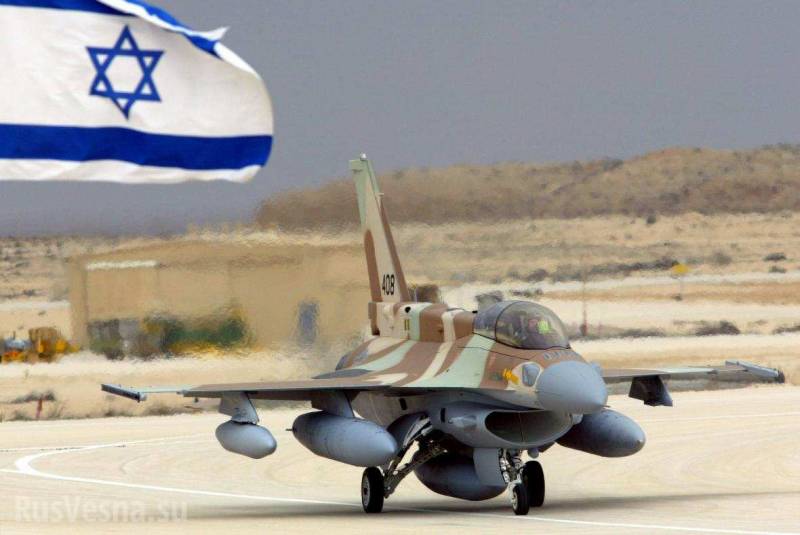 According to Ben Yishai, the task of the Israeli prime minister is to get the approval and support of the US for the upcoming IDF operation to destroy the allegedly created Iranian-supported plants for the production of high-precision missiles in Lebanon. For this, Netanyahu and the officials accompanying him intend to acquaint the Secretary of State with the data they have.

Haste may be due to the fact that recently the President of Lebanon Michel Aoun asked Moscow to take over Lebanese airspace under the protection of the Russian air defense system deployed in Syria. The desire of Beirut is quite understandable: Lebanon has repeatedly become the object of Israeli aggression, and in the airspace of this country the IDF planes behave like at home, including using it to attack Syria. 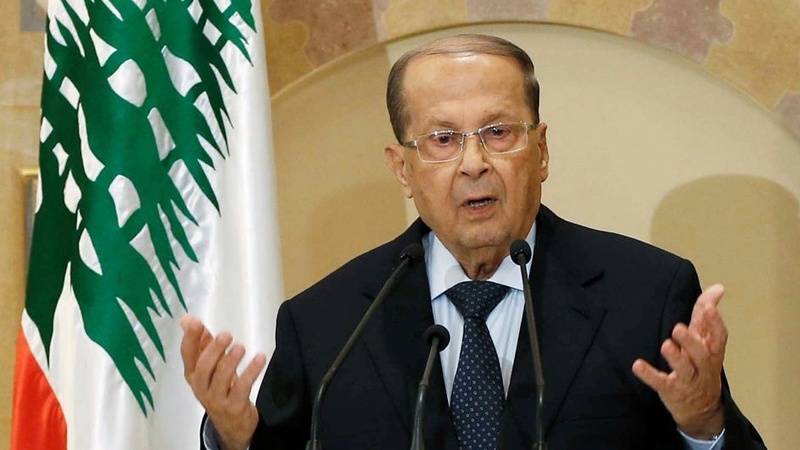 Although Vladimir Putin has not yet responded to his Lebanese colleague, there was no refusal. A number of sources indicate that the request is being discussed in various Russian departments, and the Ministry of Defense is inclined to support it. And from a military point of view, this is absolutely correct, since in this case Lebanese airspace cannot be used to attack Syria.

The multi-level air defense system in Syria, the deployment of which is nearing completion, consists of C-300, C-400 and Pantsir-C1E air defense missile systems, reinforced by layers of medium and short-range anti-aircraft batteries and an advanced electronic warfare network. This complex configuration should neutralize any air threats that the US Air Force and Israel can create in the sky of Syria. 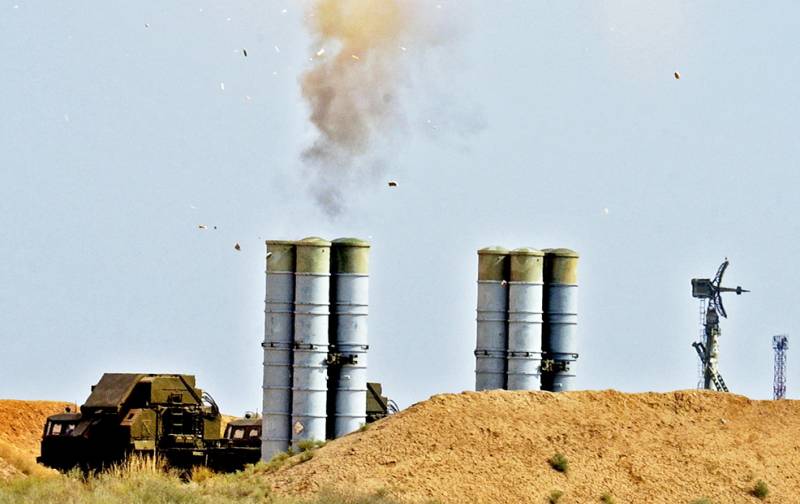 From a technical point of view, it’s easy to take this umbrella and Lebanon, the only question is a political decision. So we can assume that Netanyahu, fearing that it would be taken from day to day, insisted on an immediate meeting with Pompeo.

However, there are circumstances that call into question this version. First of all, "factories for the production of high-precision missiles" in reality - a dozen small semi-handicraft workshops, where the assemblies for missiles are assembled with accurate GPS navigation. 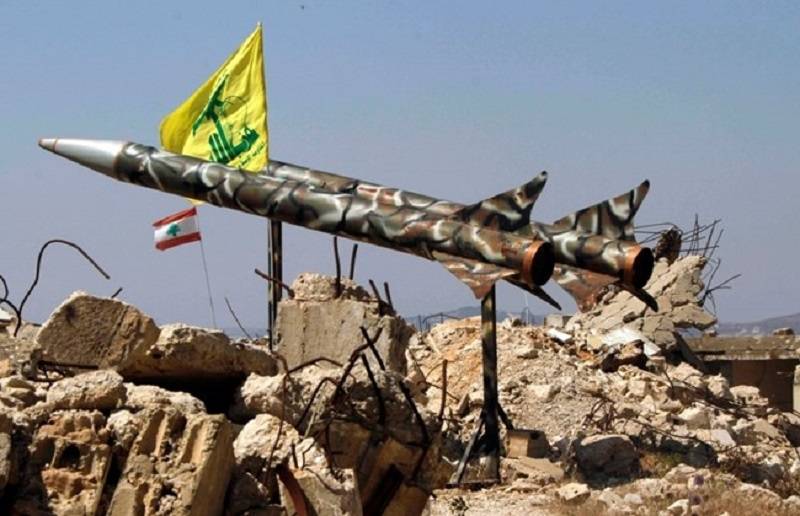 Even if these workshops can be destroyed, it will be restored as soon as possible. That is, if the Russian “umbrella” opens over Lebanon, this hasty destruction of the workshops does not make any sense.

And if the Kremlin decides not to take this country under protection, then the Israeli Air Force will be able to smooth and smooth these rocket "mini-plants" systematically.

Some Israeli experts argue that in this way Netanyahu may try to divert attention from the accusations. Recall that Israeli law enforcers announced that as part of the investigation of the so-called “4000 case” they collected decent evidence against Netanyahu's spouses, who have corruption ties with the leadership of the country's largest telecommunications company, Bezek.

According to the investigation version, the Prime Minister lobbied for her interests in exchange for a positive coverage of her activities.

But this explanation does not fit. Since it does not answer the following question: since when is it to strike at Hezbollah, the Israeli prime minister not only needs the approval of Washington, who counts this movement of a “terrorist organization,” but he also has to persuade the Secretary of State?

Netanyahu met with Pompeo not for the sake of getting the approval of the strike, but to agree on some details, "checking the clock." Moreover, in the light of the "test" attack on Syria 29 September, this blow is likely to be inflicted on air defense systems in the SAR. And, perhaps, on the positions of C-300, on which, with a high degree of probability, there may be Russian military personnel - instructors and specialists. 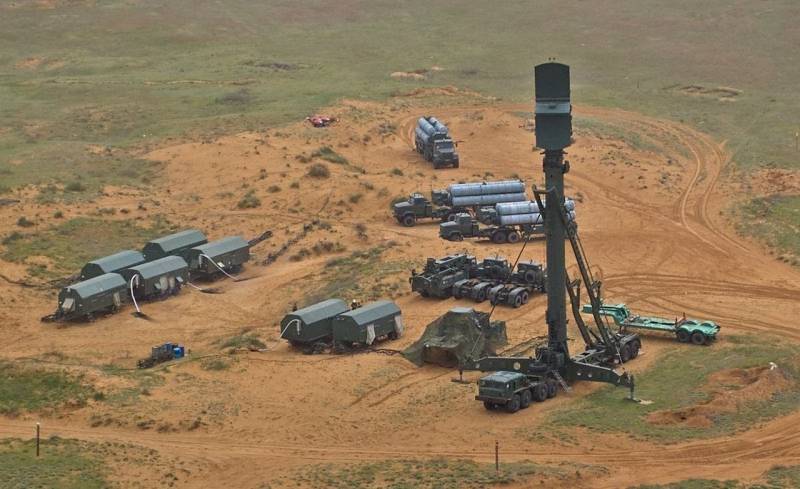 Recall that a number of Israeli officials, including former Defense Minister Lieberman, declared their intention to destroy the C-300 ceded to Syria, "as soon as they take up the position."

To “break through” or even “demolish” the air defense system in Syria, seriously limiting Israeli capabilities aviation, becomes for Tel Aviv number one task. Since the concept of national security of the Jewish state is based on military dominance in the region and the possibility of unhindered attack on the enemy.

Recall that previously the American analytical publication The National Interest claimed that Israel would certainly strike at the C-300 complexes. The author of the publication, Dave Majumdar, believed that Israel would destroy C-300 in Syria anyway, after the Russian military transferred full control over them to Syrian calculations. At the same time, F-300 will be necessarily involved in the destruction of the C-35 air defense systems, which "can deal with Russian anti-aircraft systems relatively easily." At the same time, he defined the period for the preparation of Syrian calculations and the complete transfer of the complexes to them as “about two months”. 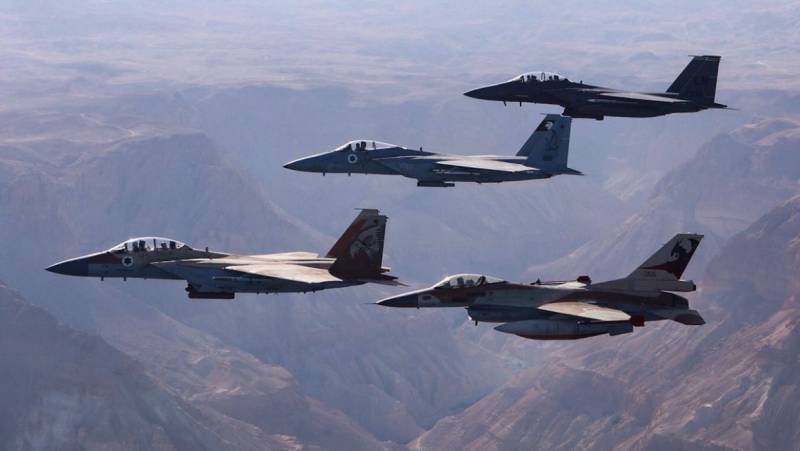 And now the transition to a practically direct confrontation with Russia, if the question is this way, Netanyahu will most certainly discuss and coordinate with the United States. In particular, the use of the F-35 in this operation.

If all these assumptions are correct, and Israel is preparing a massive attack on the Syrian-Russian air defense system, then against the background of this event, a provocation in the Kerch Strait and Poroshenko’s military exertions near the Russian borders will seem childish pranks. The stakes in this game will be very high. So the success of the Israeli Air Force will largely nullify the achievements of Russia and the entire anti-terrorism alliance in Syria. A successful reflection of this attack will call into question not only the concept of Israel’s national security, but also the US military dominance and their role in the Middle East. 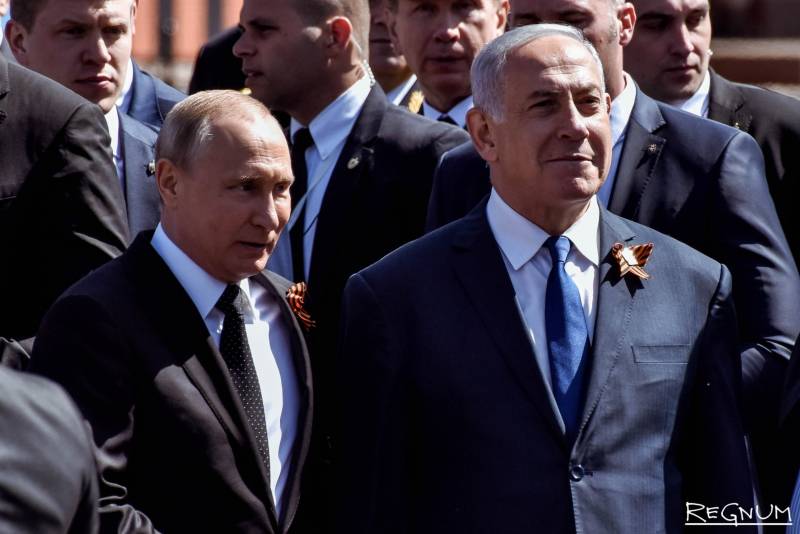 Due to the danger of such an adventure and the unpredictability of its consequences, there is still great hope that Netanyahu will still prefer “a bird in the hand” and continue negotiations with Putin, if only for the non-proliferation of the Syrian air defense system into Lebanese airspace.