Who and, most importantly, why the “patriots” frighten the war?

December 6 2018
107
Have you ever thought that today you can be a patriot not only with a plus sign, but also with a minus sign? A patriot can be not only a defender of the country, but also an outspoken alarmist who pushes the country into the abyss of doubt. And perhaps a provocateur who pushes further, into war, into revolution, into chaos. And all this from a fully conscious and even exaggerated patriotism.


It is clear that everyone has their own personal understanding of how to properly love their homeland. And we will not condemn, but discuss some things that have recently happened in our information space.

At first glance, it looks wild. How can you push the country to death, being a true patriot? How can you love the country and strive to destroy it? The patriot, on the contrary, seeks to ensure that his homeland always conquers. She was always fully prepared and always ready for reflection and so on.

Immediately make a reservation that the patriotism of Vlasov, Solzhenitsyn, Rezun and others, we do not consider patriotism at all.

And if there is no war? Or is there, but not where the patriot wishes? Or where necessary, but not in the way you want? What then? But then the patriot's task is to explain to his own people, and the Minister of Defense with the president for a couple, where there should be a war. And why does the enemy necessarily start this war according to the indicated scenario? 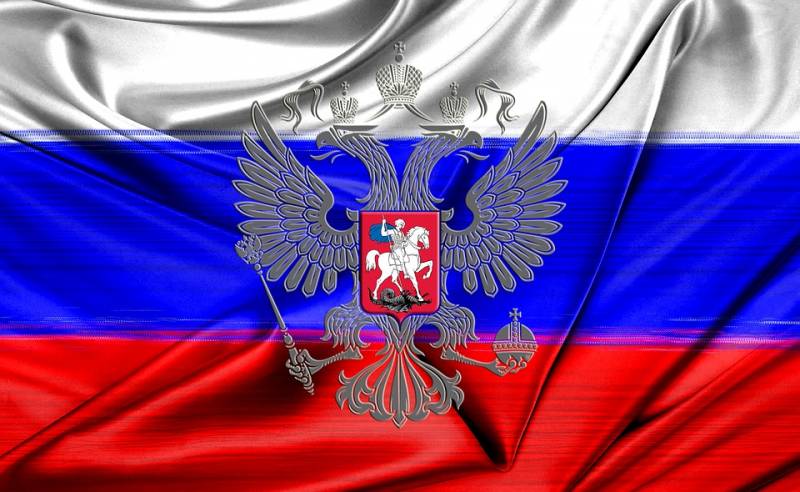 In the 21 century, communication is enough. And the enemy, even at the very top, will quickly enough know the content of the “strategic” plans of the “patriot”, which he will post on the Internet, for example.

Moreover, proving the need for war exactly where he considers it possible, the “patriot” will trump knowledge of the situation in military units and formations and the location of combat units. Without realizing it, the “patriot” does the work of the special units of the enemy. Not all, but enough of many.

Well, the last phase of the work of the “patriot” is the report of your own war plan. And the report from both sides. And for their own, and for others. With a detailed analysis of who, where and when should go and what happens.

Naturally, the ideal option for the manifestation of such patriotism will be the one where a person who has weight in the eyes of some part of the population, a person known for his military merit, a person "on hearing" will be talking about the impending misfortune. And better just two such people. Or three ...

Immediately after the incident in the Kerch Strait, we came across an interesting such channel in the Internet - “Stalingrad”. Already by name it is clear that the channel is patriotic. Although, to be honest, completely unknown. Is it not enough on the open spaces of the network of such channels and blogs?

It was there that the interview of the presenter was broadcast with two experts - Igor Girkin / Strelkov and Konstantin Sivkov. And the topic was interesting. What happened in the Kerch Strait, what to expect from the Ukrainian junta, and what kind of reaction will be the Russian authorities?

Simply put, what was, what is and what will be. Such a vanguing on a given topic.

This material stayed in my head for a long time and stubbornly did not want to go out. Although the conversation has already become public knowledge, 130 thousand is not enough for such a conversation. In the end, knowing the qualifications and views of the majority of our readers, they decided to express their own opinion about this conversation.

The beginning of the conversation was quite worthy. Both experts gave an excellent assessment of the situation. And about the prepared provocation. And about quite worthy actions of our sailors. And even about the unwillingness to take responsibility for themselves from some commanders and chiefs, which led to the 12-hour excursion of Ukrainian military boats near the strategic bridge.

But expert Girkin Strelkov would not have been if he had not made a tragedy from these 12 watches. And the tragedy of the all-Russian scale. I will quote close to the text: “So, you can invade our territory, and no one can make a decision. 08.08.08 was the same in Georgia when our peacekeeping battalion was watered with 10 hours of fire. ”

And then Strelkov disappeared somewhere, and Mr. Girkin became himself. The already familiar scenario “everything was lost, we were betrayed” began to a pain.

The APU will attack Donetsk in every way, and while we 10 watches are going to think about what to do, they will take the entire LDNR and stand on the Ukrainian-Russian border! Like this. Simple and tasteful. As if there are no corps of the people's militia there. As if there is not a decent shot in the battles of the past years of the reserve. As if those who have been fighting for the fifth year are still miners and watchmen ...

I understand Mr. Strelkov’s “love” for Donetsk. Moreover, I remember the reaction to almost any event there after he left. I even remember how the nationwide love for a military officer quickly changed to indifference, if not more. Especially residents of those houses that Strelkov ordered to blow up. The people in the Donbas is the same. There is a house of this very people. He remembers everything ...

Well, only Donbass would be okay. The topic is already so jaded in this performance that no one would pay attention to the next "betrayed us." But in the second part of the conversation, the experts revealed possible intentions of “ours and yours”.

You know, you read these predictions and there is a feeling that the authors of these calculations are simply eager to "mayak" Kiev about the most convenient place for the next provocation.

Most readers did not pay attention to the fact that the British fleet received approval from Kiev for temporary base in Odessa. Well, another ship will go into the Black Sea. A little flashes on the background of the Crimea and home. This fleet poses no serious danger even to our Black Sea fleet.

This is what you think. And experts give a different alignment. The British ship or ships, if there are two of them, completely cover the sky over Transnistria, and the Ukrainian Armed Forces there quickly conduct a land operation. Any, on blockade, on capture, not important. The main thing - conducts.

How do you conclusions? Shooters crazy? Or do not have information about the Russian VKS? Well no. Owns Apparently, he really wants it to happen ...

Thanks to Konstantin Sivkov. Reassured dispersed Girkin. But let's say, also not without special effects. There will be no invasion. In PMR also not whipping boys live. It will be ... blockade. Hello, second Leningrad, hello, second Small land, in short, the place where our marines rush to punch the corridor to Tiraspol.

Hello, the third world war, the instigators of which we will be as an aggressor! Why?

We will bomb the British ships so that they do not interfere with our landing. So NATO has to intervene! NATO, but for some reason without the United States. The Americans will again stand aside while we are tearing off each other's heads at the European theater of war ...

Patriotism can be the lever with which you can turn the world. Only use this lever with clean hands. With a pure heart and pure thoughts. Otherwise, your supporters, whom you have deceived, will then take you to the block and kick them up with pleasure.

It is worth remembering this, especially to the one who, without looking back, ran twice like a Napoleon from Moscow. Of course, Slavyansk and Donetsk are not like Moscow, but still ...