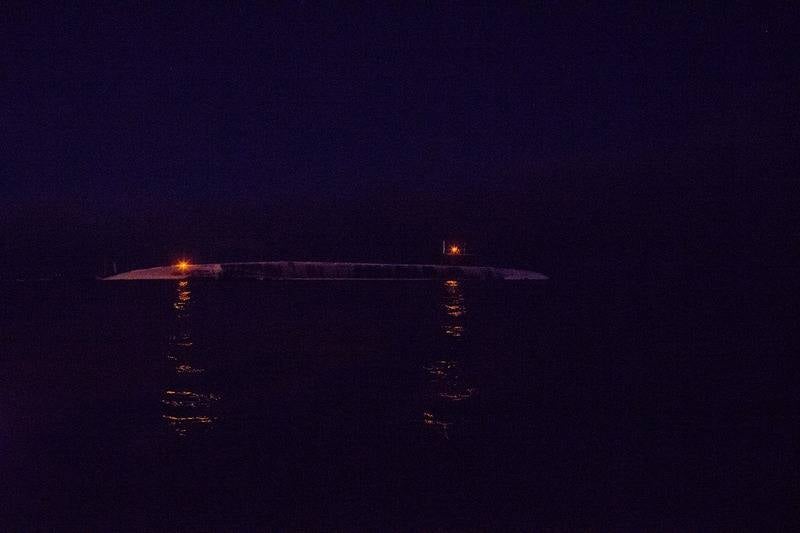 The first night exit on the factory running tests

It is reported that the nuclear underwater missile cruiser "Prince Vladimir" first came out of Severodvinsk to conduct a set of factory trials. The submarine cruiser was laid on Sevmash in Severodvinsk on July 30 2012 of the year, the output from the workshop took place on November 17 of 2017. According to the plans of the Ministry of Defense of the Russian Federation, the transfer of the nuclear underwater missile carrier "Prince Vladimir" to the Russian Navy should take place in the 2019 year.