What Russians "hid" in space: how was the launch of "Rokot"

December 1 2018
49
The Russian military said that on November 30, three communications satellites were launched into orbit of the planet, where the upper stage of the launch vehicle, on board of which they were, was also located. But, according to the US Center for Joint Space Operations (CSpOC), the fifth object turned out to be in space. To try to understand this American experts of the publication "Warzone".


For reasons of American journalists.

The Rokot launch vehicle was launched from the Plesetsk cosmodrome in 05: 27 Moscow time 30 November 2018 of the year. In 7: 12, three communications satellites of the “Spring” type occupied the estimated orbits; they received the designations "Cosmos-2530", "Cosmos-2531" and "Cosmos-2532". 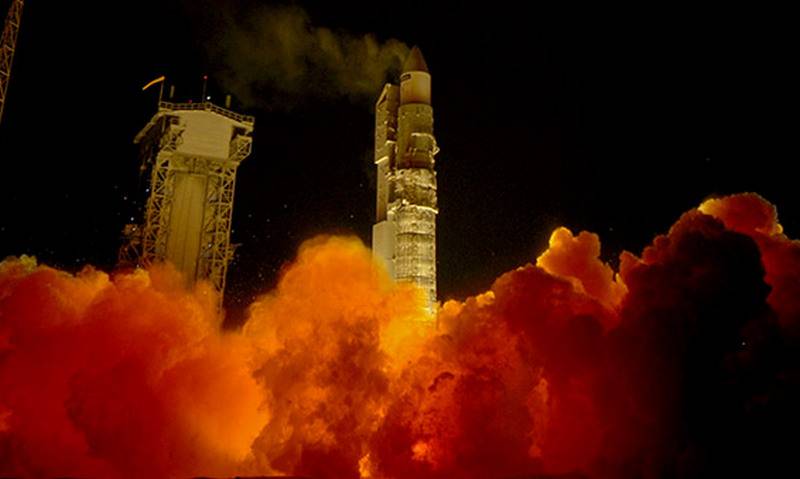 This launch could turn out to be an ordinary, routine event, if CSpoC, as well as the North American Aerospace Defense Command (NORAD), did not register this launch in their registers a little differently. Information collected by them on launches of space objects is accumulated on the website Space-Track.org. The information on the Russian launch was published on it, in which the list of AE objects in orbit appeared. It includes three satellites and the upper stage, but it does not indicate what is the fifth object.

It can be assumed that the upper stage simply broke up into several parts, one of which turned out to be large enough to be fixed by the US military. Unlike objects A, B and C, having a common perigee (the closest point to Earth's earth orbit), D and E are in a lower orbit.

But it is not without reason to assume that one of the objects may turn out to be another Russian interceptor satellite (the American designation is inspector satellite), since a similar picture had already been observed. 23 of May 2014 of the Year “Rokot” also brought out three satellites (of the “Spring” type), along with which the USA recorded two additional objects. Object E then turned out to be the Kosmos-2499 interceptor satellite. In both cases, perigee and other characteristics are extremely similar.

If the new object E is another interceptor, then Russia already possesses at least five units of this weapons. Cosmos-2014, Cosmos-2015, Cosmos-2491 and in 2499, Cosmos-2504 were launched into orbit in 2017-2519. To further confuse the situation, the Cosmos-2017 unit separated from the last satellite in August 2521. Two months later, Kosmos-2523, a “sub-satellite”, stood out from the new object. These three small devices are usually considered as a single system. And these are only those satellites that were discovered.

"It is still unknown that the Russians actually hid in space," say representatives of the western resource.