Was the Tiger "royal"?

5 2012 June
94
Trials of the Royal Tiger in Kubinka
The heavy tank Pz Kpfw Tiger Ausf B (according to the unified designation system adopted by the Germans was also called the Sd Kfz 182 - "special type 182 combat vehicle") was developed at Henschel under the guidance of its chief designer Erwin Anders and was mass-produced from January 1944 to May 1945 Weight tank amounted to 69,4 tons, specific power 10,08 hp / t. The hull and turret were made of rolled homogeneous armor of medium and low hardness. A total of 487 cars were produced. 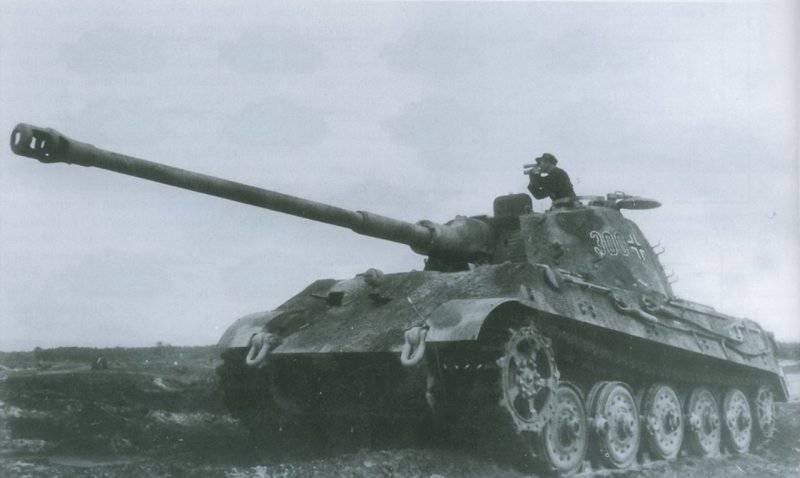 The first Tigr-B tanks, captured by our troops, were delivered to Kubinka on the GBTU scientific testing ground for comprehensive study. These were the 102 and 502 machines. Even when tanks were moving under their own power to the loading station, numerous defects were found: on the 86 km, the left sloth failed due to the destruction of the bearings and the left drive wheel due to the shearing of all the mounting bolts. The heat that stood up to 30 degrees Celsius these days turned out to be excessive for the cooling system, which led to overheating of the right engine block and to constant overheating of the gearbox. 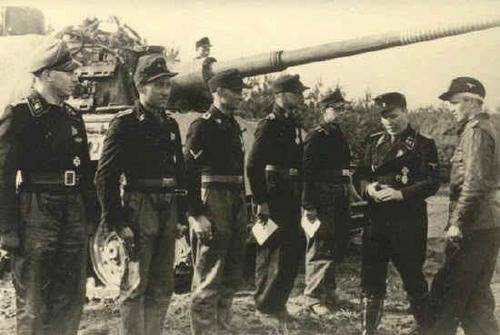 We did not have time to repair the tank, as the right-hand side transmission was completely destroyed, which was replaced by the one removed from another tank, but it also failed due to the destruction of the roller bearing of the drive shaft. In addition, every now and then it was necessary to change the tracks of the tracks, which are subject to destruction, especially when turning. The design of the caterpillar tension mechanism was not fully developed, which resulted in adjusting their tension every 10-15 km of the march.

In the end, both trophies were delivered to the NIIBT-Polygon, where the machine number XXUMX was subjected to further sea trials. The tests were carried out with great difficulty due to the extremely low reliability of the elements of the chassis, power plant and transmission. It was found that 102 liters of gasoline is enough for only 860 km of driving along a country road, although the instructions for the car indicated that this gasoline should be enough for 90 km. Fuel consumption for 120 km is 100 L, instead of 970 L according to the same (captured) instructions. The average speed on the highway was 700-25 km / h, and on a country road - 30-13,4 km / h. The maximum speed specified in the technical documentation of the tank, in 15 km / h to achieve on the sea trials never failed. 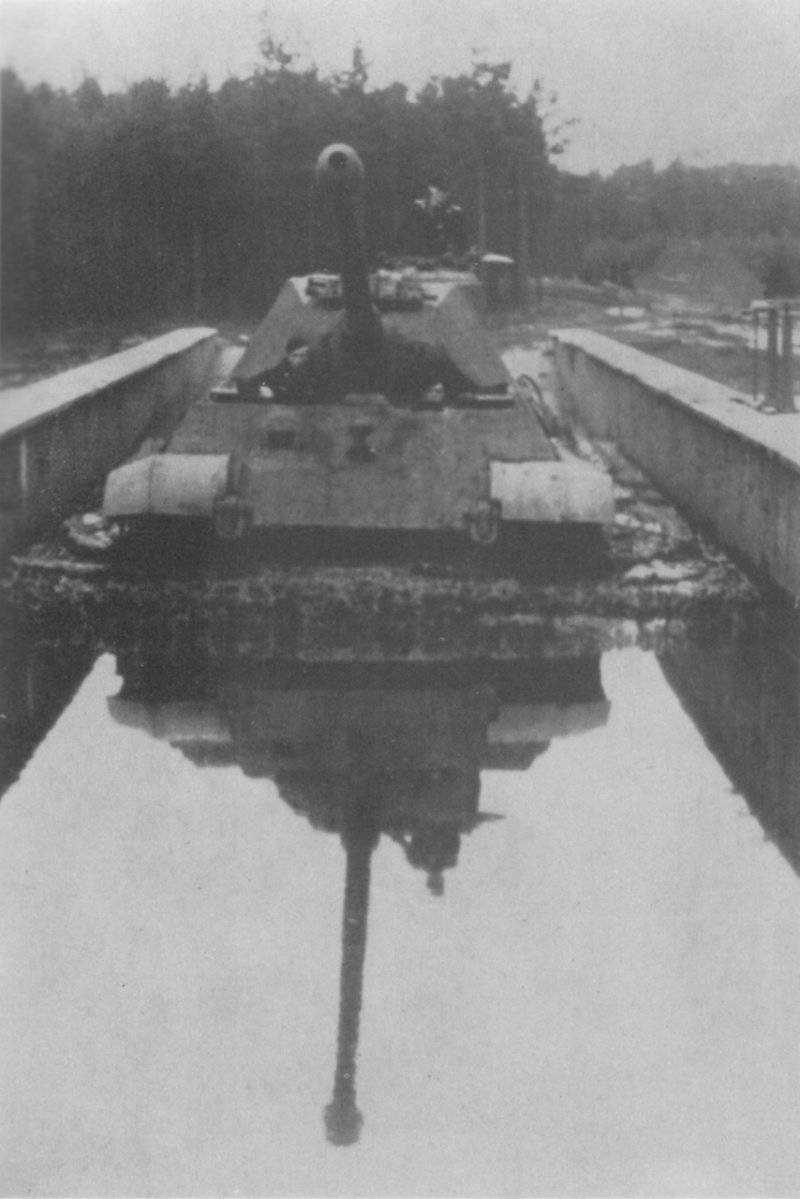 For an objective assessment of the armor resistance of the tank, it was decided to bombard the hull and turret of the captured vehicle with tower number 102, most of the components and assemblies from which were dismantled for further research. Armament of the tank was sent for research on the ANIOP. 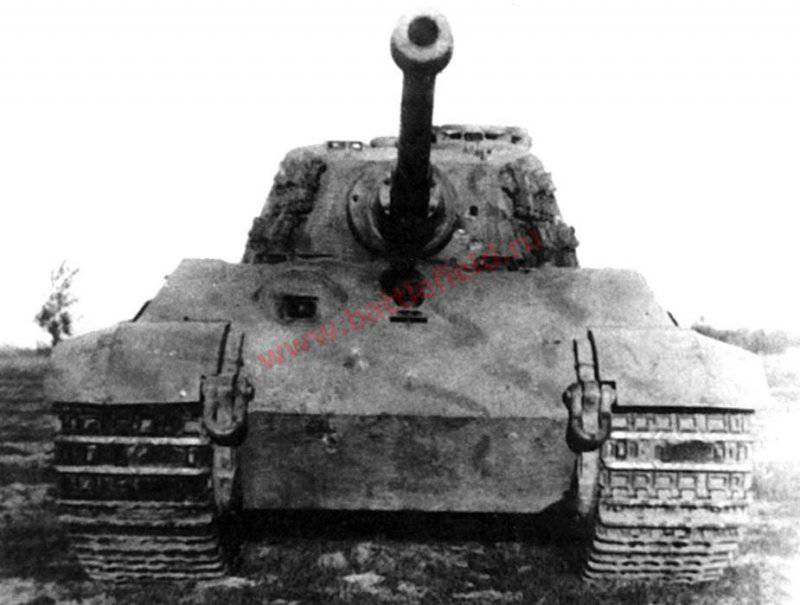 The shelling tests were carried out in the autumn of 1944, in Kubinka, and the following results were obtained:

"1. The quality of armor of the Tigr-B tank compared to the quality of armor of the tanks: Tigr-N, Panther and SU Ferdinand of the first issues, has deteriorated sharply. In the armor of the Tigr-B tank from the first single hits cracks and splits are formed. From the group of missile hits (3-4 shells) in the armor large splits and breaks are formed.
2. For all units of the hull and turret of the tank, the weakness of the welds is characteristic. Despite careful implementation, the seams during firing behave significantly worse than it did in similar designs of tanks "Tiger-N", "Panther" and SU "Ferdinand".
3. The armor frontal sheets tank thickness from 100 to 190 mm when hit 3-4 armor or high-explosive projectiles artillery systems caliber 152, 122 and 100 mm, the distance 500-1000 m, cracks, spalling and fracture of the welds, disrupting the operation of the transmission and the failure of the tank as irretrievable losses. 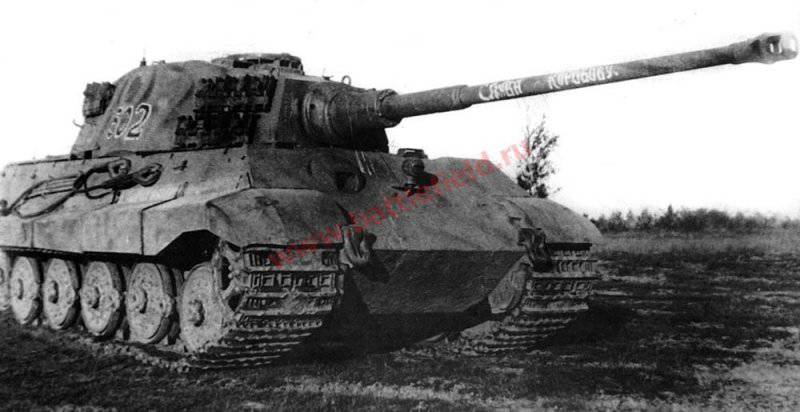 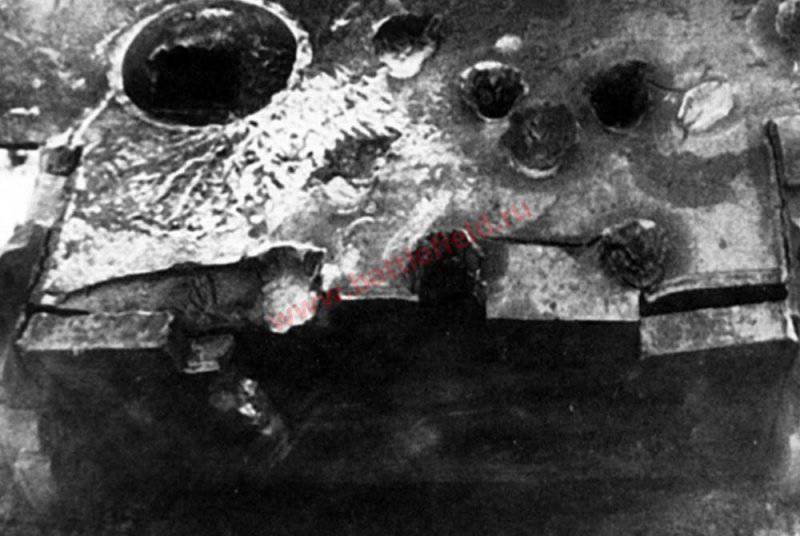 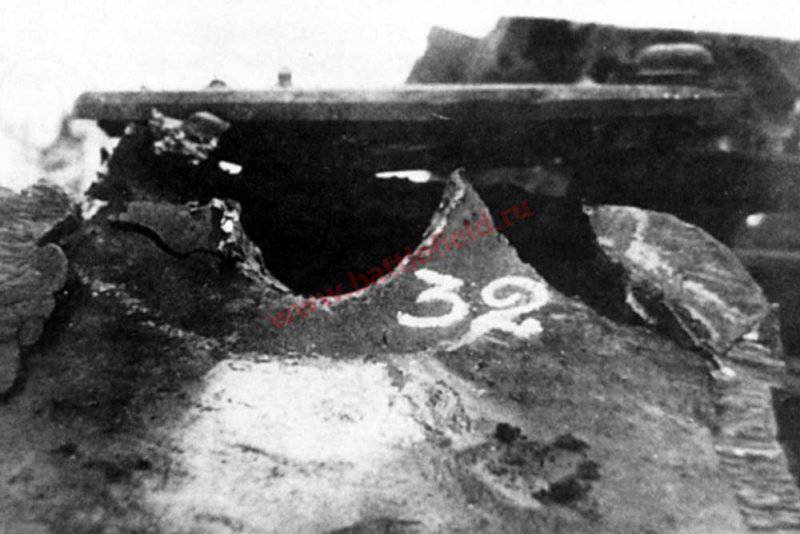 Here, for fans of the "Royal Tiger", I would like to say that the 122-mm tank gun D-25, mounted on the EC-2 tanks, was a direct descendant of the howitzer A-19. These instruments differed mainly in bolts and some technological features that did not affect the ballistics. Consequently, the armor penetration of both guns was the same. In addition, the BS-100 3-mm field gun and the D-10 tank gun, installed in the SU-100 SAU, also had the same armor penetration. 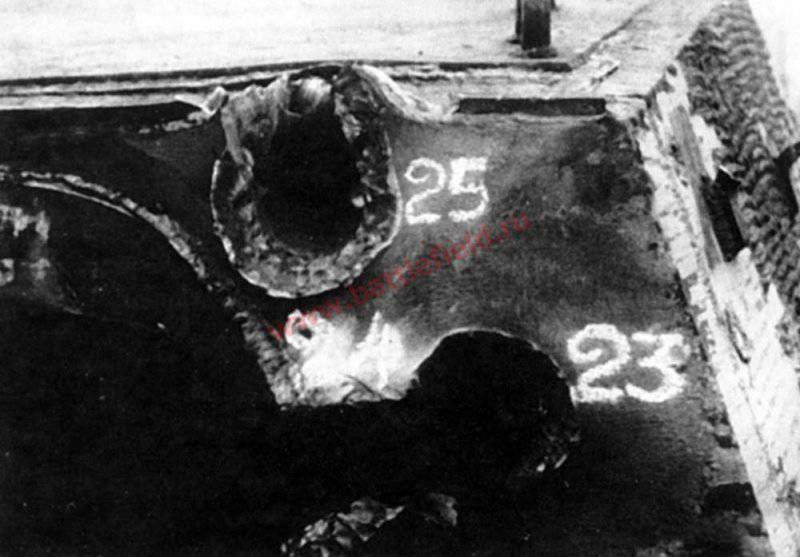 In a laboratory study of the armor of the Tigr-B tank, conducted at TsNII-48, it was noted that "there was a noticeable gradual decrease in the amount of molybdenum (M) on the German T-VI and TV tanks and the complete absence of T-U1B. M) other (V - vanadium) must obviously be sought in the depletion of the available reserves and losses of the bases supplying Germany with molybdenum.Target-B "armor is characterized by low viscosity. The advantage of domestic armor is, as you know, significantly higher viscosity, German armor less alloyed, but also nachitelno less viscous. " 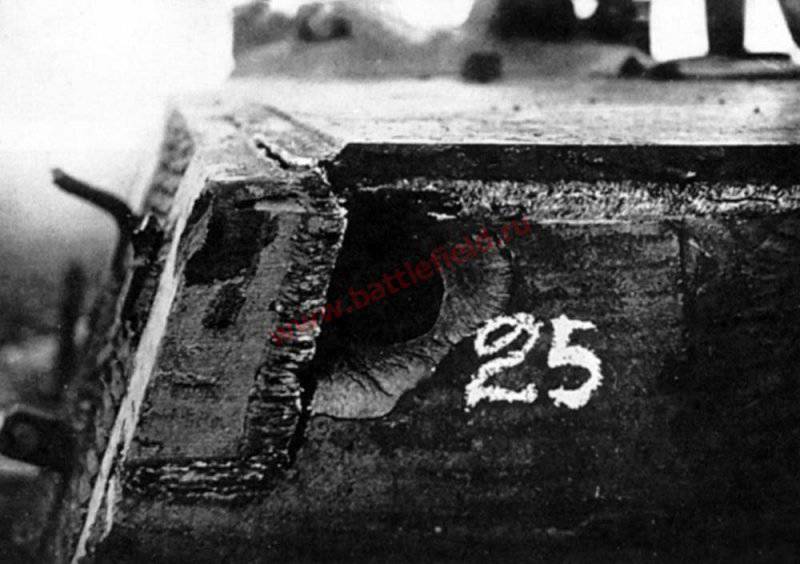 During the test, the German KwK 43 tank gun showed good results in armor penetration and accuracy: almost the same as the Soviet 122-mm D-25 cannon of the IS-2 tank. 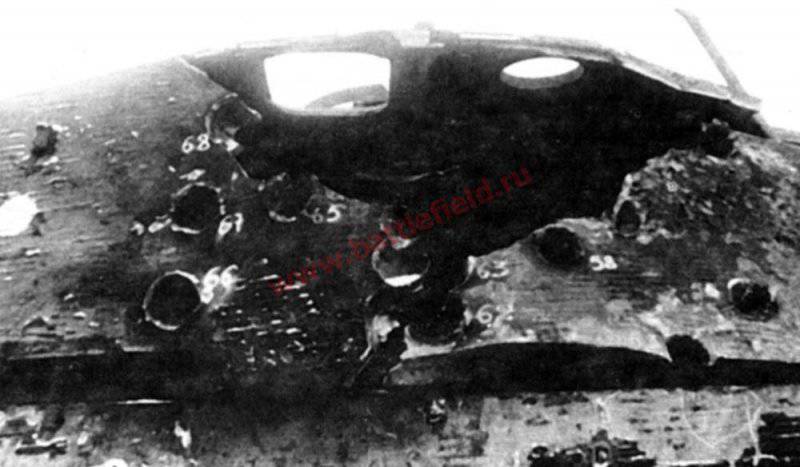 Thus, at a distance in 1000 m, the following deviations of projectile hits from the aiming point were obtained: 260 mm vertically and 210 mm horizontally. For comparison, in the D-25 cannon of the IS-2 tank, the average deflection of projectiles from the aiming point when firing from a place at a distance of 1000 m vertically did not exceed 170 mm, and horizontally - 270 mm. 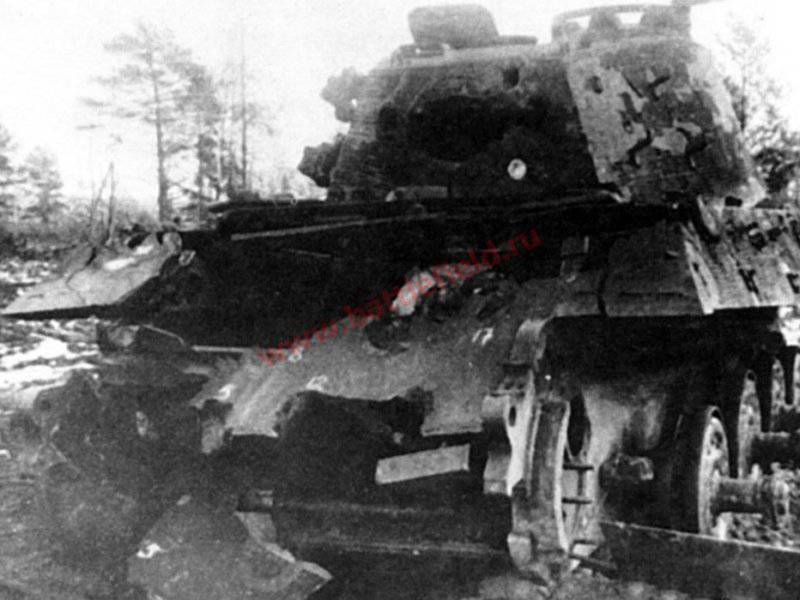 Armor penetration 88-mm KwK 43 cannon with a barrel length 71 caliber, with an initial speed of an armor-piercing projectile 1000 m / s at a distance 1000 m was 165 mm at an angle of 30 meeting. In particular, the tower of its "brother" "Tigr-B" broke through a distance from a range of 400 m. But by the power of the high-explosive action of 88-mm projectile inferior to 1,39 times 122-mm high-explosive fragmentation projectile. 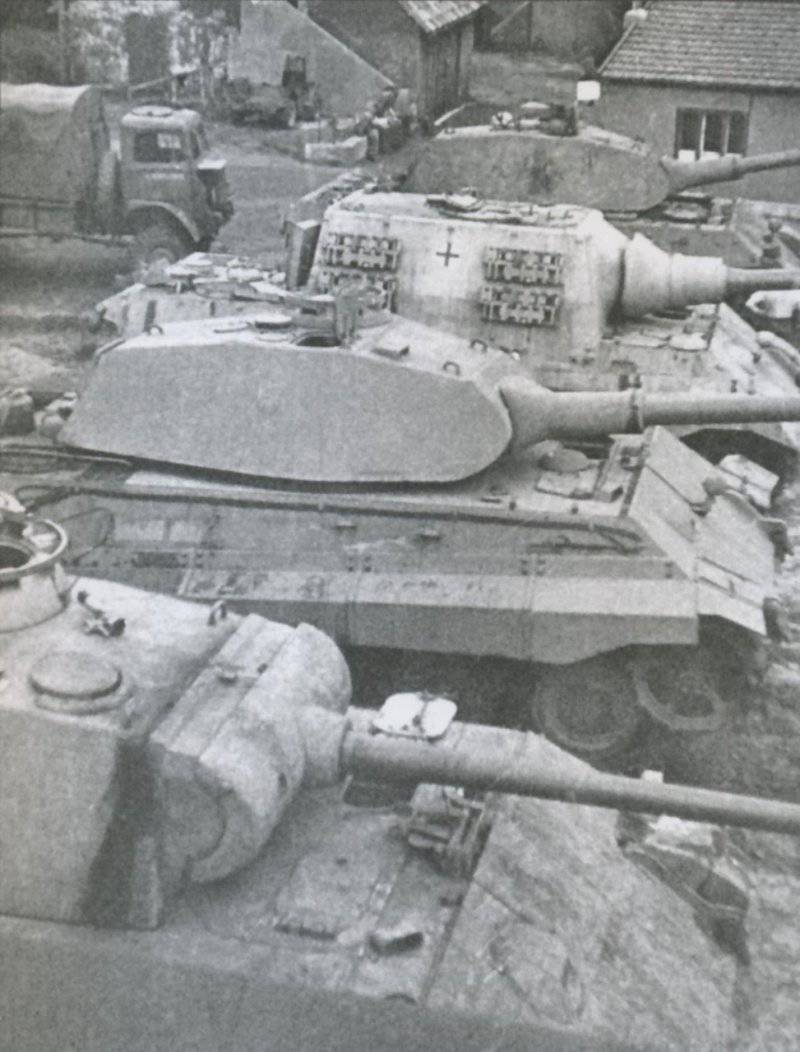 "Frontal armor of the hull and turret of poor quality. If there are non-through lesions (dents), the armor forms through cracks and large spalls on the back side. The side plates are sharply unequal compared to the frontal ones and are the most vulnerable part of the armored hull and turret of the tank.

Disadvantages:
Chassis complex and short-lived.
The turning mechanism is complex and expensive.
Onboard transmission - extremely unreliable.
Power reserve is inferior to IP on 25%.
Inconvenient placement of ammunition (except for the niche of the tower).
The excessive size and weight of the tank does not match the armor protection and firepower of the tank. " 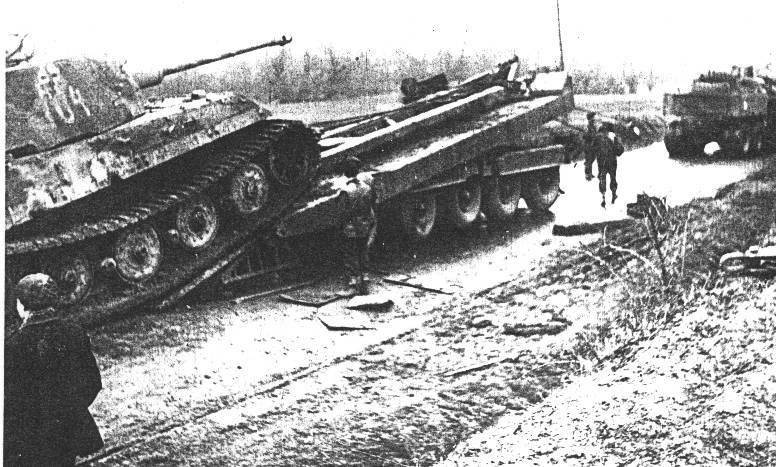 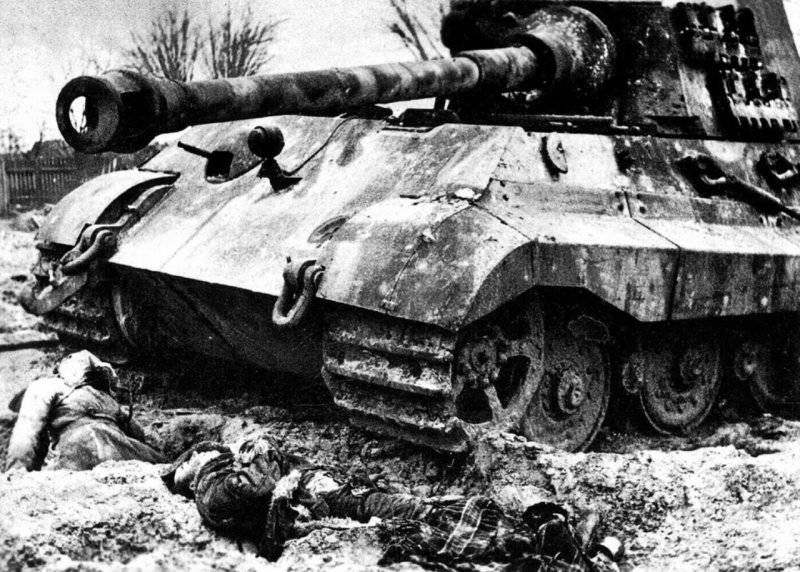 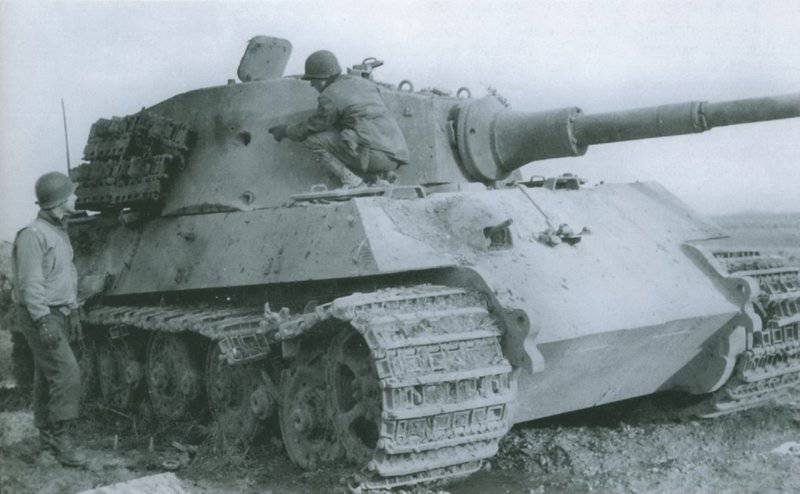 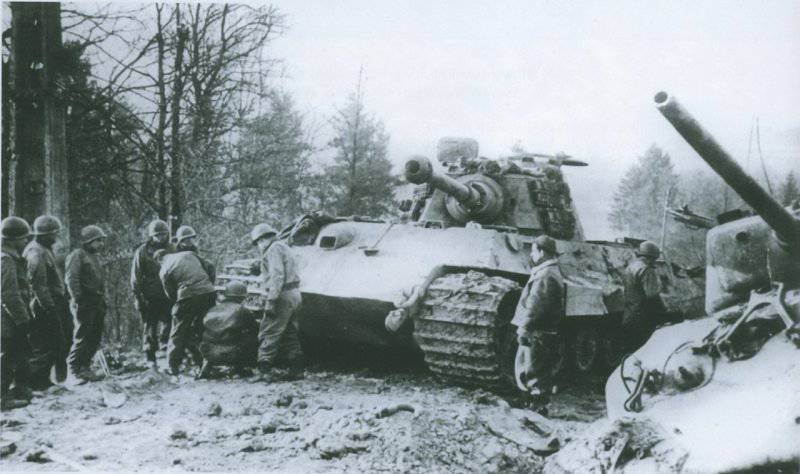 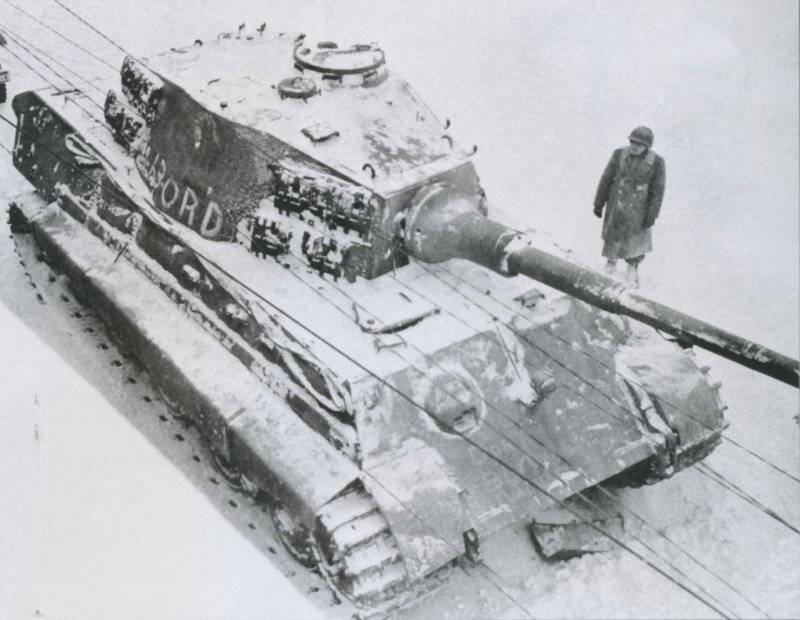 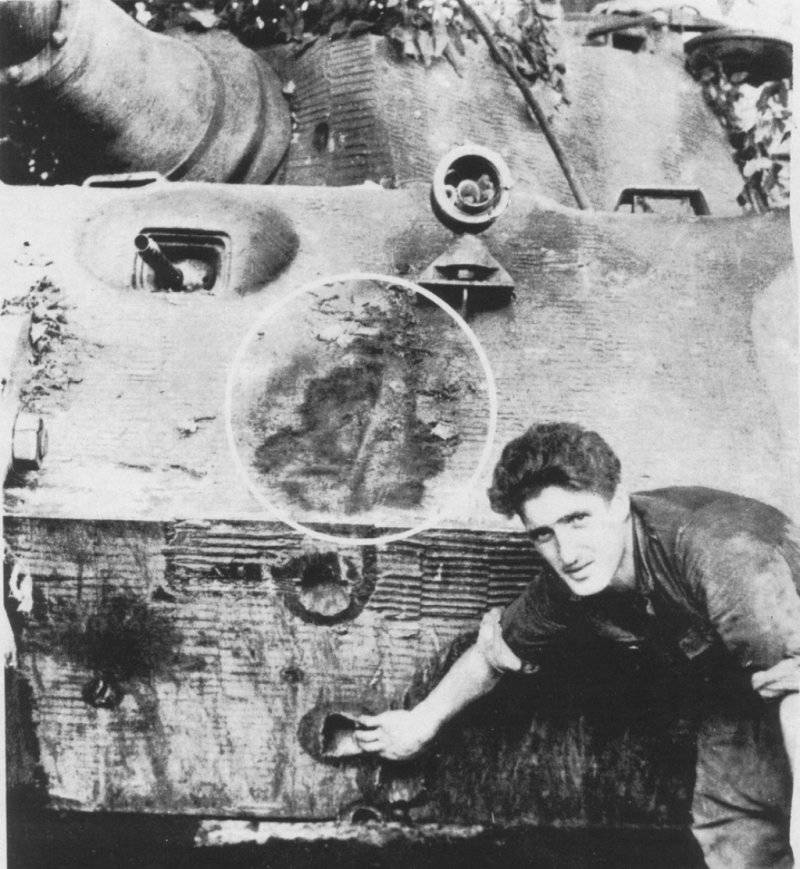 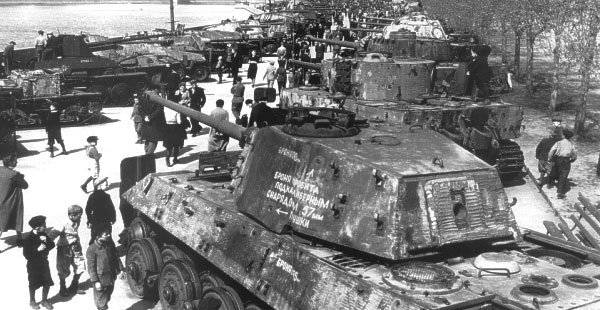 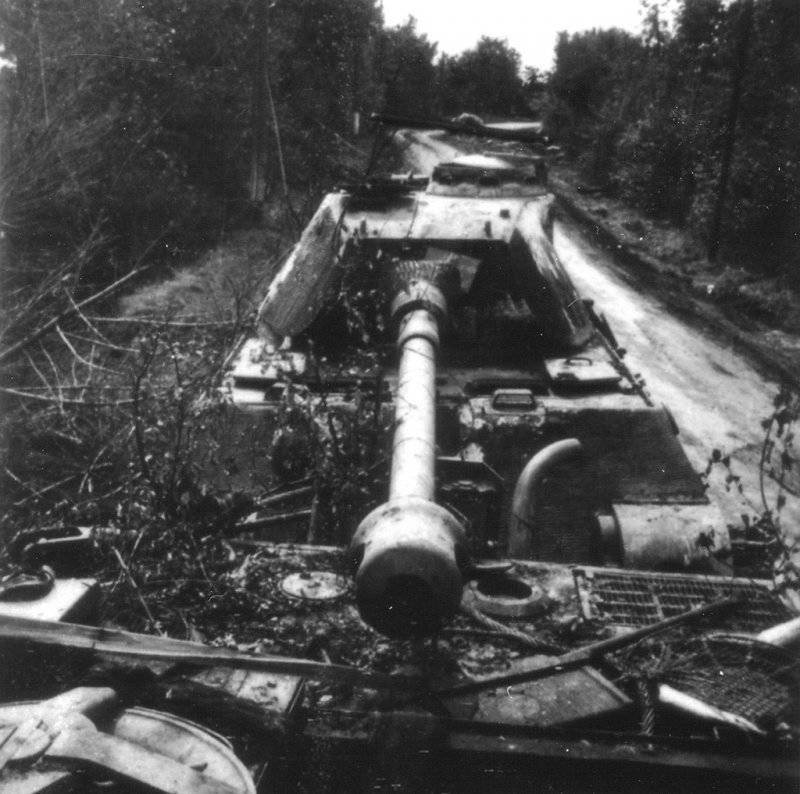