On the fly at the Crimean "Triumph" will not only "Point-U" and "Alder". Ready for total outrage

November 29, 2018
50
At the moment, when almost all the details of the incident with the illegal and failed attempt at covert penetration of three surface ships of the Ukrainian Navy (artillery armored Nikopol and Berdyansk, as well as the Yany Kapu road tug) in the Kerch-Yenikalsky Canal area, central news and the military-analytical portals of the Russian Internet, as well as individual experts, amid the increasing dive of Moscow and Kiev, are beginning to quickly plunge into forecasting possible escalation scenarios of the “Donbass denouement”, as well as scenarios of the likely resumption of the atrocities of the Ukrainian military units near the Russian-Ukrainian border in the southern parts of the Kherson region and the Navy in the waters of the Sea of ​​Azov. 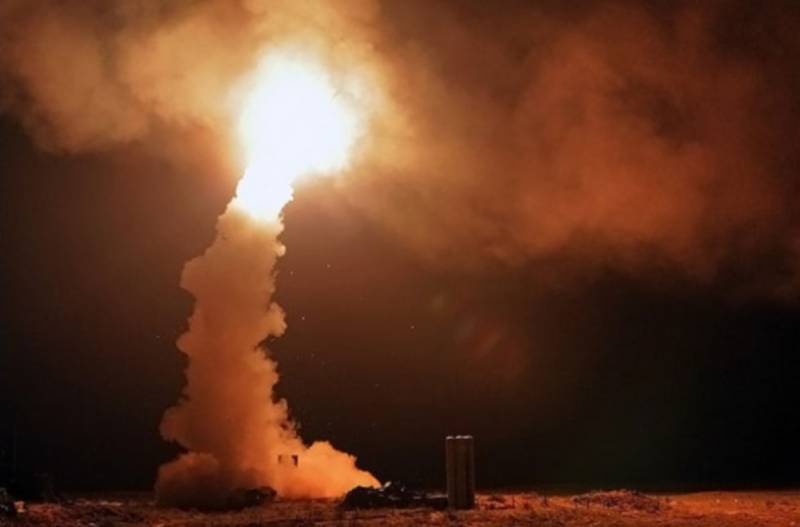 At the same time, against the background of Kiev receiving from Mike Pompeo, the head of the US Department of State, guarantees for “comprehensive support” (including military) from the US, the opinion of the Director of the Center for Information and Public Cooperation “Europe” Edward Popov that the incident with Kerch Strait "mosquito ship group" Naval Forces is not a precursor of a large-scale conflict in the Black Sea and Azov region.

Obviously, the point of view of Popov is not shared by the General Staff of the Armed Forces of Russia, which literally on the very first day after the incident with the "wandering" and "vessels" detained near Kerch, the Naval Forces of Ukraine decided to transfer the 3K60 Bal anti-ship missile system to the eastern peninsula consisting of 2 3S60 self-propelled launchers for 16 long-range AS-X Kh-35U Uran (8 anti-ship missiles each), 1 transport and loading vehicle with 8 Uran anti-ship missiles, and a self-propelled combat control station with an integrated over-the-horizon radar system Monolith-B detection, capable of detecting over-water surface targets at a distance of 450 km in the active mode (when the radiation is on) and 250 km in the passive mode (focusing on the radiation of radar located on board the enemy’s ship). Column of these units of equipment of the Black Sea fleet The Russian Navy was recorded at the fifteenth kilometer of the Sevastopol-Kerch motorway on the morning of November 28.

Naturally, given the low maneuverability and speed of the X-35U anti-ship missiles (compared to the 3М55 "Onyx" of the "Bastion" complexes), and even the total number of units in the 24, it becomes clear that to destroy even a small naval strike group of NATO OVMS, represented by a couple destroyers URO class "Arleigh Burke" and one Type 45, this division is unlikely to succeed. Nevertheless, to have a sobering effect on the crews of the single “Arley Burke”, or of the frigate “Getman Sagaidachny” 24 “Uranus” are quite capable. In addition to the coastal SCRC "Ball" of the 15-th separate coastal missile and artillery brigade, several divisions of the SCRC "Bastion", as well as tactical multifunctional Su-30MM fighters, which are armed with the 43-th separate naval attack air regiment and capable of using the PCR X 31A / AD, the ability of the successful opposition of the Crimean grouping of troops with the KUG and AUG of the enemy can be no doubt, especially since the MiG-31K with Daggers and Tu-22Х3 with X-32 can always engage.

We, in all this alarming pre-escalation epic, are more worried about the “General Staff of the Armed Forces of the Armed Forces who have flown off from the coils”, as well as the threat from the Kherson direction. After the introduction of martial law in the southern and eastern regions of 10, by the evening of November 28, reports of an active transfer of additional Ukrainian military formations to the border areas began to fall. Naturally, we are talking not only about the APU motorized infantry brigades, but also about barreled and rocket artillery units, as well as anti-aircraft missile brigades that have C-300PT / PS medium-range air defense systems at their disposal, as well as military anti-aircraft missile systems C -300B1. Also in October, the 2018 of the year became aware of the acquisition of the initial combat readiness of the high-precision MLRS Alder using 300-mm guided projectiles with a range of 120 km. If the Pentagon pushes the escalation phase of the confrontation in the Donbas and Azov Sea, the day may come when the northwestern part of the Kuban, as well as the central regions of Crimea, will be threatened by the Alders and Smerches. That is why today the process of transferring the 4 of the C-400 “Triumph” anti-aircraft missile division to the Republic of Crimea has been started, as reported by the spokesman for the Southern Military District, Vadim Astafyev. At the moment, the military personnel of the 4 Army of the Air Force and Air Defense are preparing the elements of the "four hundred" for the march to the loading station, from where they will go to the place of deployment.

Based on the data of the Federal News Agency (rifan.ru) and the liveuamap.com tactical online map, we will indicate that the division will take up combat duty near the military airfield of Dzhankoy, on which the 39th helicopter regiment of the 27th mixed aviation divisions of the 4th command of the Air Force and Air Defense. The advantage of this arrangement of the new S-400 division is the possibility of early interception (on the ascending branches of the trajectory) of the 9M79-1 Tochka-U tactical ballistic missiles launched by the Ukrainian formations, as well as 300 mm unguided (9M55K) and guided (Alder) ) rockets. Given that the destruction will take place over Sivash, the fragments of the intercepted Ukrainian air forces will not harm either the Crimeans or the more or less developed infrastructure in the central part of the peninsula.

No less important advantage is the possibility of destruction through the deployed under Jankoi C-400 surface-to-air missile 5V55R and 9M82 / 82, which in case of escalation can be run Ukrainian S-300PS and C-300V1 of our tactical and reconnaissance aircraft performing combat duty over Republic of Crimea. 50% has better target potential and better energy potential (compared to 30H6: 10 channels against 6) and 92H6Е radar of illumination and targeting can detect and “seize” anti-aircraft guided missiles launched from Ukrainian territory even at the time of their stay over the Kherson region what they will be intercepted with the help of ZUR 48H6DM. This means that the airspace over the Crimea at the time of the suppression of firing points on the territory of the “Square” will be completely safe for the actions of our combat aircraft. The only thing that is alarming in all this stories, this is the location of Dzhankoy just 35 km from the border with the Kherson region, and this indicates the possibility of firing of C-400 positions with active-missile shells of Ukrainian large-caliber artillery.