November 28, 2018
32
Crimean anti-aircraft gunners will soon be intensified by the new C-400 air defense system. By the end of the year, another division of the newest Triumph C-400 anti-aircraft missile system will take over duty on the peninsula. This was announced by the head of the press service of the Southern Military District, Vadim Astafiev. 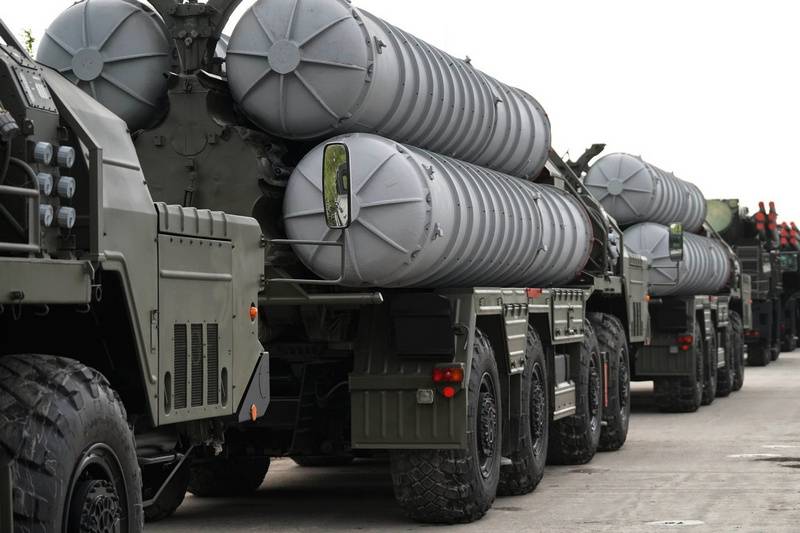 According to the press service of the Southern Military District, in the near future, another division of the C-400 air defense system will take up combat duty in the Crimea. The complex enters the armament of the fourth army of the Air Force and Air Defense in the framework of the rearmament program and will replace the C-300. At present, anti-aircraft gunners of the 4-th Army of the Air Force and Air Defense are preparing the division's equipment for loading onto railway platforms for delivery to the peninsula. The permanent deployment point of the new C-400 division is not called.

Meanwhile, a video appeared on the network of a marching convoy with anti-ship systems "Ball" on the march. It is reported that the video was shot in the Kerch area, and the complexes themselves belong to the Black Sea the fleet and supposedly will be installed to protect the Kerch Strait. There is currently no official confirmation of this information.

The "Ball" complex is armed with anti-ship missiles X-35 / X-35 and X-35 / X-35UE, the maximum launch range of which reaches 260 km. The complex has implemented the possibility of a single launch of cruise missiles on enemy low-tonnage ships.