In the UK, called the cause of the fire on the icebreaker "Viktor Chernomyrdin"

November 28, 2018
78
The fire at the Viktor Chernomyrdin icebreaker being built in St. Petersburg was caused by workers' failure to observe safety rules during construction work, reports RIA News the message of the North-West Investigation Department of the Transport Committee of the Russian Federation. 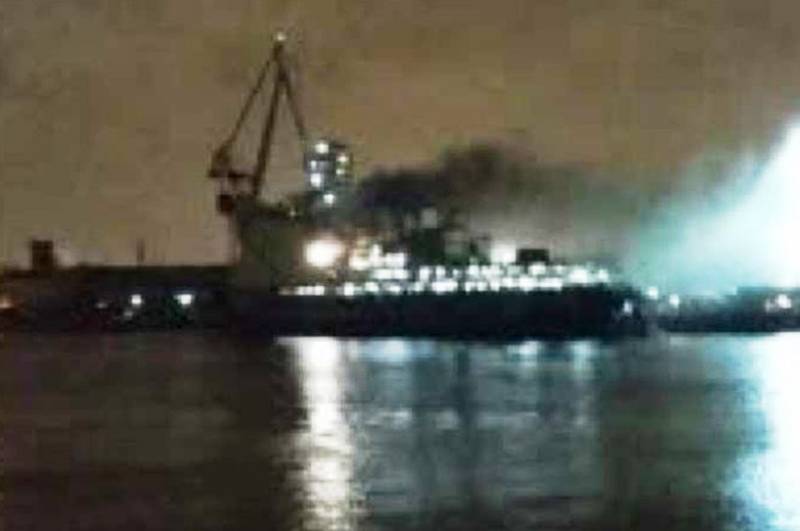 According to the department, a criminal case has been initiated, an investigation is underway.

The fire became known on Tuesday around 17: 00. As reported by the Emergencies Ministry in St. Petersburg, fire exploration found a fire on the third and fourth decks of a diesel-electric icebreaker under construction. The fire spread to the area around 300 square. m. The rank of fire increased to third.

By now, the fire has been completely extinguished. Two people were injured. One of them is a contractor employee. With the burn of both hands, he was taken to hospital. The condition of the worker is assessed as heavy.

Fire damaged cables, ship equipment, plating technical premises. A special commission has been established at the enterprise to determine the causes of the incident.

Earlier, the press service of the shipyards reported that according to preliminary data, the fire started in the boiler room of the vessel due to violation of safety regulations during the execution of works by the contracting organization.

Recall the construction of the Viktor Chernomyrdin icebreaker began in 2012 year by order of the FSUE "Rosmorport". It was originally intended to transfer it to the customer by the end of 2015. However, the construction was delayed. At the beginning of 2016, the manufacturer announced that the vessel would be commissioned in the 4 quarter of 2018.