VSU carried out night massive shelling of the DPR

November 26, 2018
19
On Sunday evening, alarming reports come from Donetsk and Horlivka. The Ukrainian army carried out the most massive shelling of the territory of the people's republics over the past few months. The most active phase of the shelling began at about 22:45 p.m. (Moscow time) and lasted for several hours. At the same time, the armed forces of Ukraine used various types of weapons, including heavy artillery and tank guns. 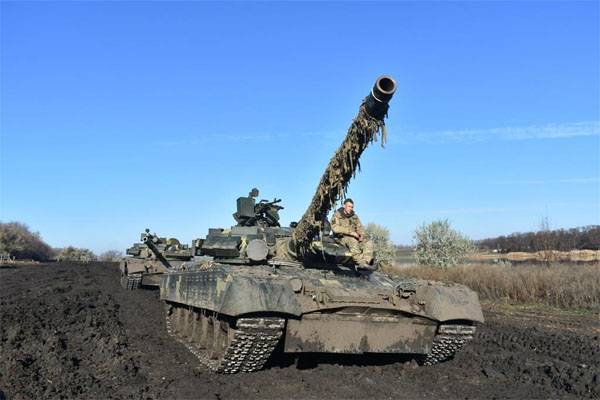 The shelling of the territory of the DPR in the region of Gorlovka was controlled by the headquarters of the so-called EP with the help of unmanned aerial vehicles. Also, Ukraine tried to use UAVs equipped with explosives.

A spokesman for the Department of People’s Militia of the DPR, Daniel Bezsonov, reports that one of the UAVs was shot down at night while crossing the air lines of the Donetsk People’s Republic.

From the statement Bezsonova:
The drone was a shock and carried the incendiary projectile.

It is noted that the destruction of the drone occurred in the area of ​​the village Panteleymonovka.

Ukrainian security officials opened fire at Yasinovataya and a pumping station in Vasylivka. Station personnel had to be evacuated to special shelters.

Recall that last weekend the Ukrainian security forces carried out the seizure of the village in the "gray" zone.