Why in Donetsk began to forgive participation in the "Maidan"?

November 24, 2018
41
The famous Donetsk poetess Anna Revyakina published a material, the leitmotif of which is an attempt to whitewash the Kiev poetess Yevgeny Bilchenko, noticed in support of the coup in Ukraine, the help of the terrorist organization Right Sector banned in the Russian Federation and other arts in which Bilchenko now repent. Earlier, a similar material was published by a journalist from Donetsk, Alexander Chalenko. 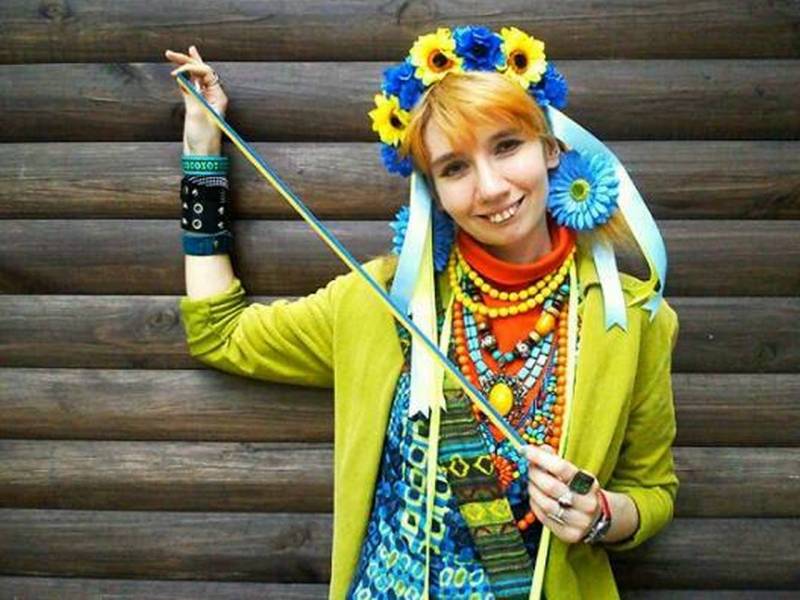 The Kyiv poetess, in her own words, by the end of 2016, stopped supporting the clique that had come to power, this year more and more often appears in the media sphere with statements that she recognized her past views as erroneous and in general was “for all good”.

The situation in which Bilchenko fell is not an isolated case. Recently, actor Alexei Gorbunov, who had previously actively supported Maidan, pleased the Ukrainian Armed Forces with concerts and humanitarian aid, announced his desire to act in Russian cinema. What can you do if Ukraine is slipping deeper into poverty, and the only state in which it is possible to more or less comfortably realize its talents is Russia?

If ordinary laborers have a choice (for example, they can go to pick strawberries in Poland or work at a construction site in Croatia), then people from the intelligentsia have nothing to offer to the Western world. Houses do not feed them corny, and therefore urgent need to bring hasty apologies, then to profitably sell their acting or poetic talent in St. Petersburg or Moscow. If, of course, apologies will be accepted.

Evgenia Bilchenko, with her deliberately clown appearance and impudent ability to wonder “why me?”, Is like a prototype of the modern Ukrainian intelligentsia, which, even before it was time to wash its hands smeared with blood, under the yoke of economic realities, it is increasingly demanding from Russia that understood and forgiven, and most importantly, provided good fees.

However, few are ready to rehabilitate the “color of the Kiev intelligentsia”, and the role of its lawyers was assumed by representatives of the same class, aptly called in past years “creacles”. Much more mysterious is the situation when a person who has contributed to a coup in Ukraine occupies a high post in the DPR.

We are talking about the recently appointed speaker of the People’s Council of the DPR, Vladimir Bidevka, who, in 2014, performed the duties of a deputy of the Verkhovna Rada of Ukraine from the Communist Party, actively voted in support of the rebels.

The deputy voted for the “early termination of the powers of Ukrainian President Viktor Yanukovych”, for the “amnesty of Maidan activists”, for “preventing manifestations of separatism” and even for appointing Verkhovna Rada head Oleksandr Turchynov, widely known as the “bloody pastor”. Curiously, many party members of Bidevka refused to vote or voted against these decisions. 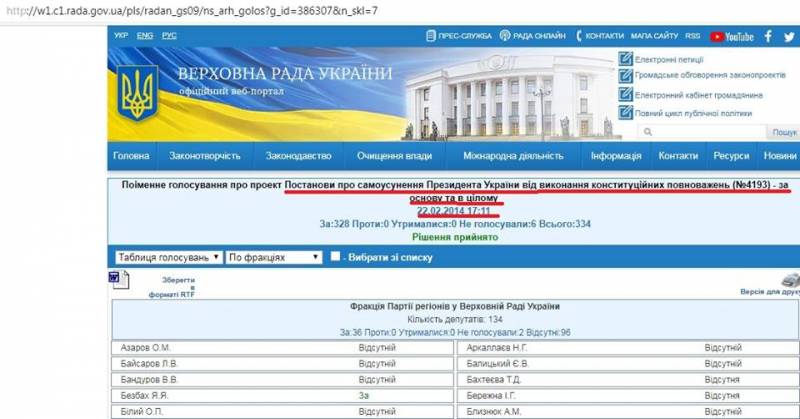 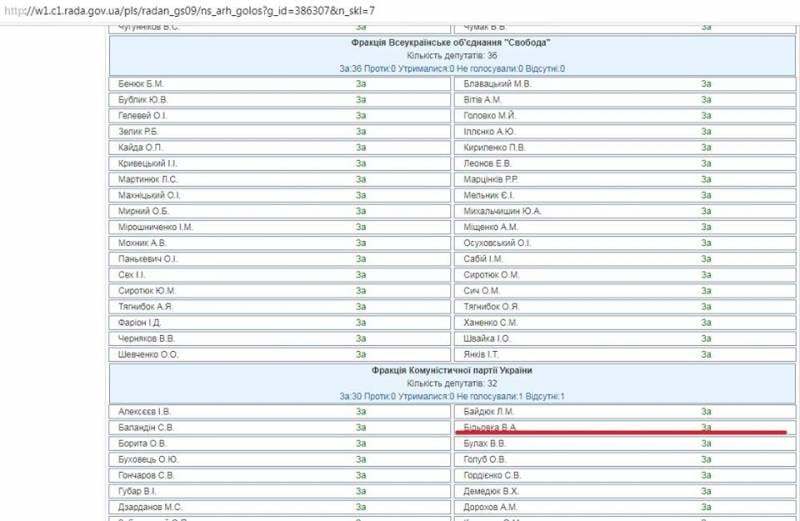 Probably, it would be possible to find excuses for the political omnipotence of the ex-People's Deputy in 2014, however, it is not possible to present him as a DNR patriot actively working in the field of strengthening the economy and defense capability of the republic, even with the most honest efforts.

In fact, among the representatives of the so-called Ukrainian elite, formed in the fat zero years, there is little respect for one or another flag. Maybe these are the peculiarities of the national mentality, or perhaps the specificity of the sociopolitical processes that took place in Ukraine during the systematic marginalization of political life since 1998.

As the political life of the country increasingly resembled the nativity scene (with the struggle of the first media nationalists against Kuchma, the dioxin president Yushchenko and other amusements), most likely something bad happened to the "elitarians" who eventually killed Ukraine. Well, let them burn down the last tires, but the problem is that a significant number of them break through into the Russian sphere of influence.

The fact that today representatives of this elite turned out to be on one side or the other of the barricades does not mean at all that they do not maintain friendly relations with colleagues "behind the flags" and, if the situation changes, they will not go over to the enemy’s camp, but before , and without all these equivalents. Because the overwhelming majority of Ukrainian politicians, businessmen, court journalists, poets and singers really do not care about flags and emblems: grown under the banner of progressive Ukrainian insanity, they don’t believe in these symbols.

And therefore, no matter how many “curators” struggle, it is impossible to wipe out the representatives of the Ukrainian elites from the authorities in the LDNR completely, as well as completely separate them from property and business interests in the republics.

No matter how many border guards, fiscals and other regulatory agencies fight, smuggling from LDNR continues to go in all possible directions: metal products and coal from the republics; food, mobile phones and other goods - in the republic. Isn't it indicative that in Donetsk stores you still can buy candies from the Roshen factory, Odessa brandy, and mineral water from western Ukraine, and there is no objective need for Ukrainian products since winter 2015.

As for organically associated with the very Ukrainian "elite" representatives of the "creative class", they will always be ready to support and forgive their colleagues in the shop, who did not break off from the bloody Kiev pie.

Because all this is a fairly homogeneous space in which everyone knows each other. Often since the reign of Kuchma.

And the only way to somehow calm the "fraternization" of the Ukrainian elitarians, striving for status consumption in any case, is to consistently force them out of all vital areas and replace them with new, newly formed elites.

The only question is where to get the new elite in conditions of hard time pressure?