November 23, 2018
114
American magazine The National Interest, which is famous for its "expert" opinions on completely different issues relating to military issues in general, this time decided to make a rating of the Soviet weaponswhich according to the authors of the study is the worst. So, we present the top five worst types of small arms in the USSR.


Charlie Gao, the author of the publication, put the experimental machine gun of the Soviet designer Georgy Semenovich Shpagin in the first place of his list.

In the design of his machine gun, Shpagin applied the principle of recoil of a free gate, which proved itself in the machine pistols. However, he failed due to the fact that the nodes and mechanisms of the weapon did not correspond to the much higher power of the intermediate cartridge. The bolt of the machine weighed 1,2 kg, and the total weight of the weapon was 5,5 kg. When firing, the machine shook a strong vibration, which negated the merits of the new cartridge, the shutter rollback worked poorly. The machine gun was removed from the contest after 315 shots.

The next on the list was the experimental machine AC-106P of model 1955, designed by designer Sergey Gavrilovich Simonov.

In the design of the automatic machine for power unloading the cover of the receiver and slowing down the rate of fire, a long stroke of the piston rod was used. In addition, Simonov placed the return mechanism in front of the slide frame in the receiver, securing by turning the sector of the spring stop, located on the piston rod. Fixing the frame with a return mechanism was carried out with a detachable handle. The stem tube was attached to the gas chamber with a check. During testing, such a system was recognized unreliable and the machine was removed from the tests.

The AB-7,62 and AB-5,45 designs by Anatoly Baryshev fell into third place on the list of the "worst" Soviet weapons:

The author of the study calls these machines "strange". In the design of this machine, Baryshev, with the aim of minimizing weight, refused the gas piston and the gas tube, and instead put them a handle for carrying. Automation in Baryshev’s weapons was based on a semi-free shutter and a rear sheptal, the shot was made with the shutter open. The weapon had a weak recoil, but the shot was accompanied by a loud sound and a bright flash. Another problem was the rapid contamination of weapons. In the series, the machine did not go.

Next on the list of the “worst” Soviet weapons from the American magazine is an automatic rifle designed by Fyodor Vasilyevich Tokarev AVT-40. 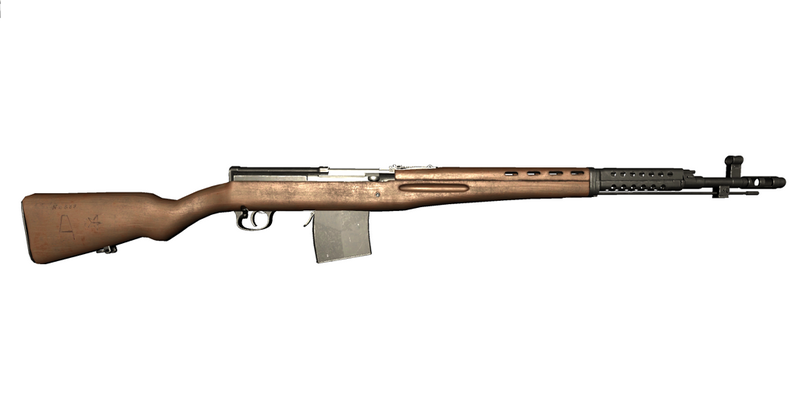 This design was developed in 1940 year based on the rifle SVT-40. It was assumed that the new rifle will fire in bursts, which compensates for the lack of light machine guns. However, it was not taken into account that SVT-40 is not adapted for such shooting. The design of the rifle did not provide the required strength of parts and the reliability of the automation. The accuracy of the battle of this rifle did not meet the requirements of the army and in 1942, it was removed from production. The rate of fire of the AVT-40 when firing in short bursts is 40-50 rds / min, with continuous fire - 70-80 rds / min. 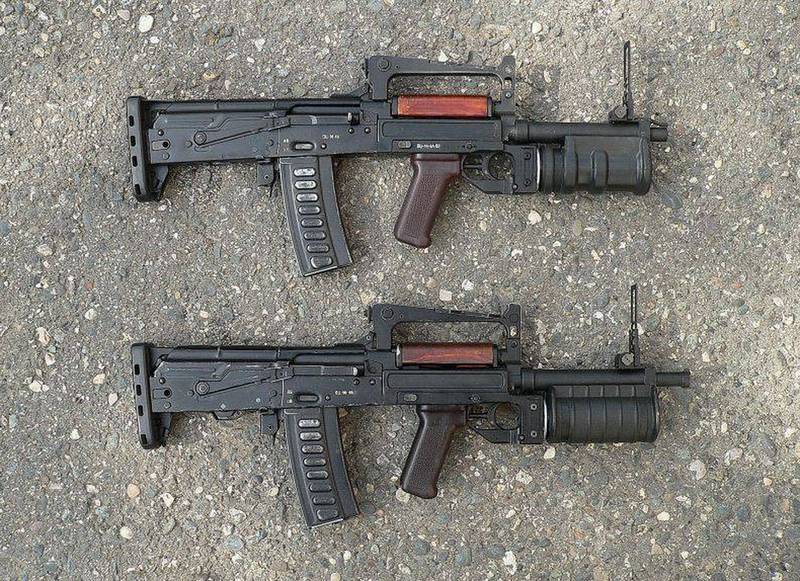 The complex is a kind of alteration of the AKS-74U according to the bull pap scheme. According to the authors of the study, this rifle-grenade complex has many drawbacks. Although more than 70% parts are compatible with Kalashnikov assault rifles, weapon design is very difficult to disassemble and maintain. Another problem is the impossibility of firing from this weapon to "left-handed" fighters, the sleeves fly straight to the face. In the absence of a grenade launcher, the center of gravity is shifted strongly back, which makes it difficult to conduct aimed fire.