The “shadow CIA” forecast for 2019 year: we will surround them, they will resist

November 22, 2018
33
The American analytical company Stratfor, known worldwide as the “shadow CIA”, has published some analytical findings related to the 2019 forecast for the year. In particular, we are talking about the US-Russian relations, which are clearly presented there as a confrontation. And if you believe American analysts, we should not expect much improvement. The main efforts of the American administration and special services will be focused on work in the states bordering Russia, and they will be aimed at tightening the pressure on Moscow.


Probably, in such a forecast there is nothing surprising or even unexpected. But some details should be considered more closely, especially since the company enjoys well-deserved authority in certain circles (this is not “National Interest”), and its experts are distinguished by a rather high quality of work. 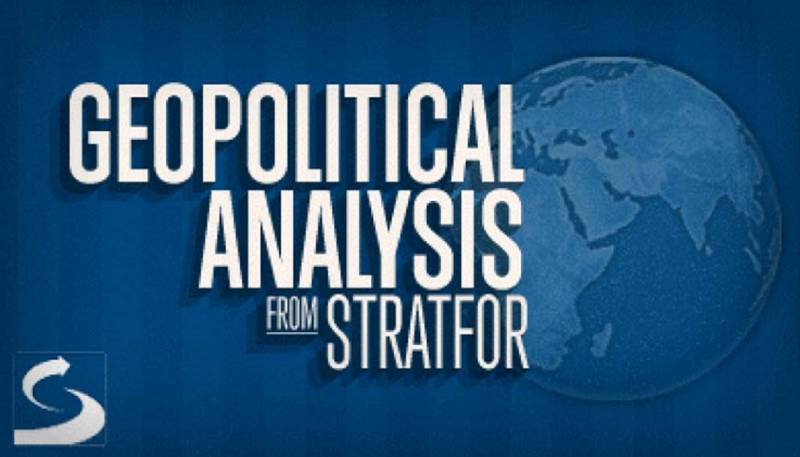 One of the important aspects of the coming confrontation, experts at Stratfor, consider the qualitative change in the military component of the relationship. After the US withdrawal from the INF Treaty announced by Washington, it is obvious that Russia will be forced to somehow respond to potential changes in the US military presence at its borders. Perhaps this will result in the further strengthening of the Russian military grouping in the Kaliningrad region and Belarus, which is necessary for some balancing of NATO on its borders. This will not add to the sides mutual sympathy and friendliness; on the contrary, it will tighten the noose of the crisis even tighter.

Experts analyze Stratforr and all three areas where our former "brothers" in the USSR are concentrated, highlighting the main goal of American efforts in each of them.

In the western direction, of course, Ukraine will remain Washington’s priority goal. Stating the important role that America played in supporting and strengthening Kiev, some relatively new areas of American efforts stand out by analysts. In particular, a certain emphasis is placed on strengthening the Ukrainian fleet in the Sea of ​​Azov, which is already called the "potential hot spot." It is also noted that the aggravation of the conflict in Azov will lead to the disruption, if not all of the “Minsk agreements”, then at least to the cessation of the further negotiation process. As a result, experts conclude that a peaceful settlement in the east of Ukraine is unlikely and there is no reason to expect significant progress and deployment of UN peacekeepers in 2019.

Among other things, efforts to “loosen up” Belarus will continue. Moreover, in addition to the usual subversive methods, it is assumed that attempts will be made to influence the top leadership of Belarus through various economic incentives. Nevertheless, it is expected that next year there will be no fundamental changes in the Belarusian direction, and Minsk will retain a strategic focus on Moscow.

For the first time in many years, the Caucasian direction received a clear anti-Russian impulse associated with the April “color revolution” in Yerevan. Therefore, according to the authors of the report, the efforts of the American administration will focus primarily on this country.

Stressing the tension that has arisen between Yerevan and Moscow, analysts consider it most likely that Washington will continue to drive wedges between our countries. On the whole, the current situation is estimated as an excellent chance to “turn over” the key ally of Russia in Transcaucasia.

Azerbaijan is very interested in the United States not only as one of the states on the border of the Russian Federation, but also as a possible party to pressure on Iran. He, however, does not differ in particular obstinacy: by lowering the level of trade relations with Tehran before the official entry into force of American sanctions against Iran (in particular, by ceasing purchases of Iranian gas), Baku proved that he was not going to go against Washington.

And on the last of the remaining strategic directions, Central Asian, Americans are most interested in Uzbekistan. Judging fairly this country as a key player from the entire post-Soviet Central Asian five, the Americans are planning to impose on Moscow a serious competitive struggle for Tashkent.

This will probably be done in several ways. In particular, in the area of ​​combating terrorism and drug trafficking. A revival of Washington's economic ties with Tashkent is also expected, precisely in spite of growing investments from Russia and China. Uzbekistan, in turn, will try to extract the maximum benefit from this situation, actively playing in both directions, and even not forgetting about Beijing’s interest.

Summarizing, the authors of the report state that the actions of the United States to penetrate the periphery of Russia will be dictated by the response measures of Moscow.

In an effort to exploit the division of Europe and undermine the unity of the EU and NATO, Russia will actively participate in conducting a hybrid war against the West, interfering in the policies of other countries, spreading propaganda, conducting cyber attacks and covert operations against Western and Western-oriented countries such as Ukraine and states Baltic States.

What is particularly noteworthy in this report is the composure with which certain things are outlined. Yes, we will climb directly to the borders of the Russian Federation, destabilizing the territories, which by all canons belong to the sphere of the vital interests of Moscow. Yes, Moscow will have to react, leading a hybrid war against us. So what? It’s just the way the world works: the US should dominate and thrive, which means that Russia should suffer and, ideally, fall apart.

This is not explicitly stated, but it is meant literally in every paragraph of the report. Moreover, unlike the absolute majority of the American media, without hysteria and wringing of hands: a serious publication for serious people writes in a language understandable to them. Maybe they are all deeply sorry for all of them (in fact, of course, not), but the war against Russia is fair, since Russia is too big and not too obedient.

It is from these reports that you understand why the Anglo-Saxons are called "reptiloids." Solely because of the composure with which they are planning to kill.

For the rest, it must be admitted, the report does not contain any revelations. Dry, concise, academic, a little even trite. This is not a flight of crazy fantasy with the undermining of Yellowstone Supervolcano, as we sometimes see in our “analysts”: everything is very pragmatic and tested many times in practice. "We will make efforts, they will resist." Everything can probably be reduced to this phrase.

And it even causes some envy. Just compare it with our eternal ritual about "reliable partnership" and world peace. Words tend to materialize sometimes. But, alas, this applies only to such pragmatic, moderately detailed plans for the future, and not to abstract complacent mantras. And personally, it seems to me that it is not a sin to discuss in the serious Russian media the options for the Russian offensive in Ukraine or a preemptive strike on US missile defense facilities in Poland.