November 22, 2018
94
We must know and realize the full truth, bitter, tragic, monstrous, but true. Global Mafia, t. the global backstage, the ruling world in reality, decided on a “crisis of Earth overpopulation” and systematically, purposefully pursued a policy of exterminating the Russian people and the entire population of the planet. 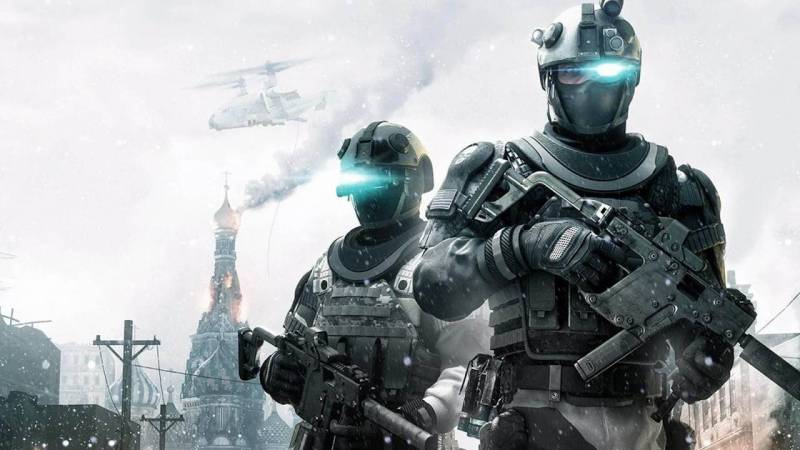 The truth is that by the end of the second millennium a cosmopolitan, non-national, non-state "super-elite" was fully formed, including local national-state clans like the Arab elites, who serve as supervisors and guards over their "herd". And the main goal of the global mafia is total power over humanity and the massive extermination of the “excess” population of the planet.

The global mafia has realized that in order for it to survive and continue parasitism on the body of humanity, it is necessary to solve the "overpopulation crisis". For this you need: 1) reduce the consumption of the planet’s primary resources by reducing the population: from 7 billion to 1 — 2 billion (a more radical scenario - to several hundred million people) through wars, ethnic, religious conflicts, hunger, disease, drugs, alcohol, etc. dd; 2) reduce the consumption of the main (and remaining) part of the population, while maintaining overconsumption for the "elite"; 3) to conduct a new redistribution of resources; 4) to conserve part of the planet’s reserves and some regions, restoring the ecology of the planet by reducing consumption, reducing the population and reducing industrial production; 5) eliminate the possibility of a global catastrophe, in which the global mafia will perish, by reducing chemical, biological and nuclear weaponsand establishing full control over the remaining weapons of mass destruction. This applies primarily to Russia, and only after that other countries and the United States. Therefore, the global mafia is very sensitive to the possibility of the emergence and expansion of WMD stocks in Iran, the DPRK and other countries. And also to the development of atomic technology.

The fact is that mistakes in management led to a global crisis, a kind of “matryoshka-crisis”, in which several global crises are hidden at once. This is an environmental crisis leading to a planetary catastrophe. The planet is dominated by a society of consumption, extermination and self-destruction. People in this society behave like a “virus”, a parasite, consuming uncontrollably, destroying all living things around them (forests, lakes, rivers, seas, oceans, soil, etc.), leaving debris and mud around the mountain. We see where such a society leads with the domination of degradation-parasitic needs by the example of Russia. In a fairly short time, by the standards stories, Russia is faced with a terrible environmental crisis. And this is due to the sharp degradation of the industrial potential. That is, thousands of plants and factories closed, were plundered, looted, the country became much dirtier, the environment has deteriorated compared with the Soviet Union. Whole cities and towns choke on debris. Even the vast expanses of Russia no longer save. All these are consequences of the victory of the consumer society. If the world continues to live according to this model, then soon the Earth will be “gnawed” by humanity.

Part of the global crisis is also the crisis of capitalism, the western development project. Its essence is the constant expansion, seizure and plunder of territories, the increase in slave-consumers. However, after the death of the USSR and the socialist camp, there is nowhere else to expand. Therefore, the masters of the West began to dismantle capitalism, its time is running out. Like liberalism. They will be replaced by a new slave civilization. In places, this terrible future, which we are almost openly shown in Western science fiction films (designing and programming the future), has already arrived. For example, current wars, conflicts, the collapse of countries into religious, national, tribal, political state formations, famine, epidemics, millions of migrants in the Middle East, Africa, and part of the Russian land, Little Russia-Russia, are There is a future that the global mafia is building.

Western masters as the core of the global mafia, as usual, solve their problems at the expense of other, foreign resources, unleash wars, revolutions, conflicts on the periphery of the capitalist world (it includes Russian states - Ukraine, Russia, Belaya Rus). The masters of the core of the capitalist system dump the effects of the crisis, the chaos on the outskirts. This leads to continuous wars, uprisings, revolutions, the destruction of the socio-economic infrastructure., millions of people are left without shelter, work, a piece of bread and water. For example, in Yemen, against the background of the war of local forces and the conflict of regional powers, thousands of people die due to lack of food and water. The biosphere crisis becomes a concomitant factor; climate and climate problems — prolonged droughts, terrible fires, earthquakes, floods, heavy rains, floods, snowfalls where they did not exist before, etc. The Earth as a living, rational system shows people that it is time to become humans , to gain mind and conscience, to stop living one day.

Other parts of the global systemic crisis are the crisis of humanity and man, his degradation. The crisis of the white race, its extinction. In particular, Russia, becoming part of the capitalist world, its periphery, faced a demographic crisis, depopulation began, the extinction of a significant part of the indigenous peoples of the Russian civilization and, first of all, of the Russian superethnos, the core of civilization and Russian statehood. Mass migration from the republics of the former USSR is not saving, in recent years the process of the extinction of Russians has been gaining momentum again. The reduction of the indigenous population will automatically lead to the loss of territory and the gradual collapse of the state. In such conditions, historical Russia is doomed to extinction. Defined and the boundary of such a process - 2030-2050 years.

Another large-scale crisis and part of the overall crisis of the western project is crisis of biblical culture, European civilization. Christianity no longer determines the development of Europe. National states and large nations of Europe are at the stage of decay and death. Post-Christian "culture", liberalization, multiculturalism, tolerance kill the Old World. Europeans are aging rapidly, have ceased to give birth, have lost the will to live and are dying out. There is a replacement of the indigenous population of migrants from Africa, the Arab world, Asia. Europe is following the design script for Muslim, Arab-African enclaves-protogosudarstv with its laws, rules, security forces. With the simultaneous collapse of large national states like Spain, France, Italy, Germany. For example, in Spain, Catalonia is already seething, the Basque Country is next in line, etc. There is also a selection of “green”, safe zones for the rich - neighborhoods, individual villages, islands, etc. Against the background of growing migration crisis, global instability, The growth of economic and social problems is already taking place in the strengthening of the positions of right-wing, nationalist parties and movements. Do not be surprised that we will see even the revival of the Fourth Reich. Right-wing, nationalist dictatorships will confront migrants and their social base. Thus, Europe is on the verge of radical change. Perhaps there will be a “European front” - an internal one, where endangered Europeans will try to defend their home from alien migrants, who by all means will try to get into “paradise” compared to their destroyed countries and entire regions.