The market in besieged Leningrad: evidence of survivors. Part of 3

November 23, 2018
65
In besieged Leningrad with the onset of the most severe time, the real "aristocrats" became people involved in food production. It was they who stood out from the crowd of Leningraders exhausted by hunger with their well-fed appearance, healthy skin tone and expensive clothes.


The school inspector L. K. Zabolotskaya writes about the remarkable transformation of a friend:
“It was before the war - an emaciated, ill, eternally needy woman; she was washing our clothes, and we gave her to her not so much for the sake of her laundry, but for her: we had to somehow support her, but we had to give it up, because it became worse to wash ... Now, when so many people died of starvation, Lena blossomed. This rejuvenated, red-cheeked, smartly and cleanly dressed woman! In summer, through the window, you could hear different voices shouting: “Lena, Lenochka! Are you at home? ”“ Madame Talotskaya ”- the wife of an engineer, a very important lady who now lost a quarter of her weight (I lost 30 kg) now also stands under the window and with a sweet smile shouts:“ Lena, Helen! I have a business for you. ” Lena has a lot of friends and caregivers. In the evenings in the summer, she, dressed up, went for a walk with a company of young girls, she moved from the attic room in the courtyard to the second floor with windows to the line. Perhaps, for the uninitiated, this metaphor is incomprehensible, but a Leningrad citizen will probably ask: “Does she work in the dining room or the store?” Yes, Lena works at the base! Comments are superfluous. ” 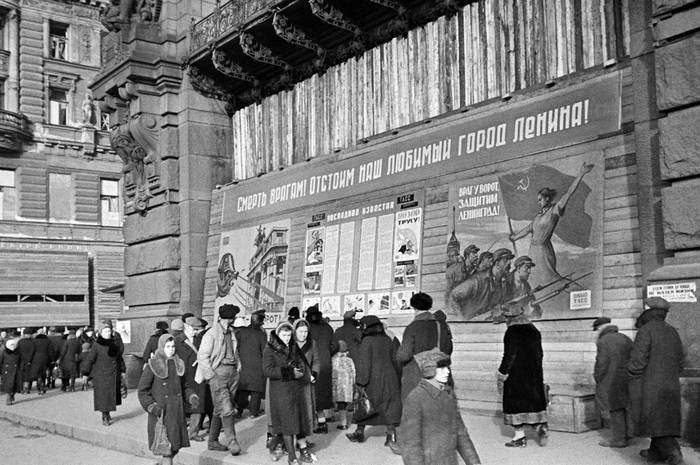 Such persons provoked fair condemnation from the side of Leningrad, who were forced to starve, and many put them on par with thieves and scammers. Engineer I. A. Savinkin reveals for us the whole mechanism of theft in catering:
“First of all, this is the most fraudulent part of the population: they hang around, measure, cut out extra stamps, drag our food home, feed their acquaintances and relatives without it, pass them cans with food for carrying out. The case is interestingly organized: a barmaid has a full staff to remove food from the canteen, the guards work together, because the guard wants to eat - this is the first small party of crooks. The second larger one is the head, assistant heads, leading cooks, storekeepers. Here there is a bigger game, acts of damage, loss, shrinkage, washing out, being made up, under the guise of backfilling, an eerie self-supply goes into the boiler. Food workers can be immediately distinguished from all other people living only on their card. This is primarily a fat, well-fed carcass, dressed in silk, velvet, fashionable shoes, shoes. Gold in the ears, on the fingers of the pile and be sure to watch, depending on the scale of theft gold or simple. "

For veterans who returned to besieged Leningrad, changes with familiar people became especially noticeable. In their memoirs, they are amazed to describe the transformation of people who have become representatives of the “aristocracy from the plate”. So, a soldier who happened to be in a besieged city shares with a diary:
“... I met on Malaya Sadovaya ... my neighbor on the desk I am Irina Sh. Cheerful, lively, even elegant, and somehow out of age - in a sealskin coat. I was so glad of her, so hoping to find out from her at least something about our guys, that at first I did not pay attention to how sharply Irina stood out against the background of the surrounding city. I, a visitor from the mainland, fit into the blockade situation, and that’s better ...
- What are you doing yourself? - seizing the moment, I interrupted her chatter.
“Yes ... I work in a bakery ...” my companion casually dropped ...
... strange answer. Calmly, without embarrassment at all, a young woman who had finished school two years before the war began told me that she worked in a bakery - and this also flagrantly contradicted the fact that we stood in the center of a tormented, barely begun to revive and recover from the city’s wounds. . However, for Irina, the situation was clearly normal, but for me? Could this be the mantle, and this bakery to be the norm for me, who had forgotten about peaceful life for a long time and who perceived his present stay in St. Petersburg as a waking dream? In the thirties, young women with secondary education did not work as saleswomen. We didn’t finish school with that potential then ... with that charge ... ” 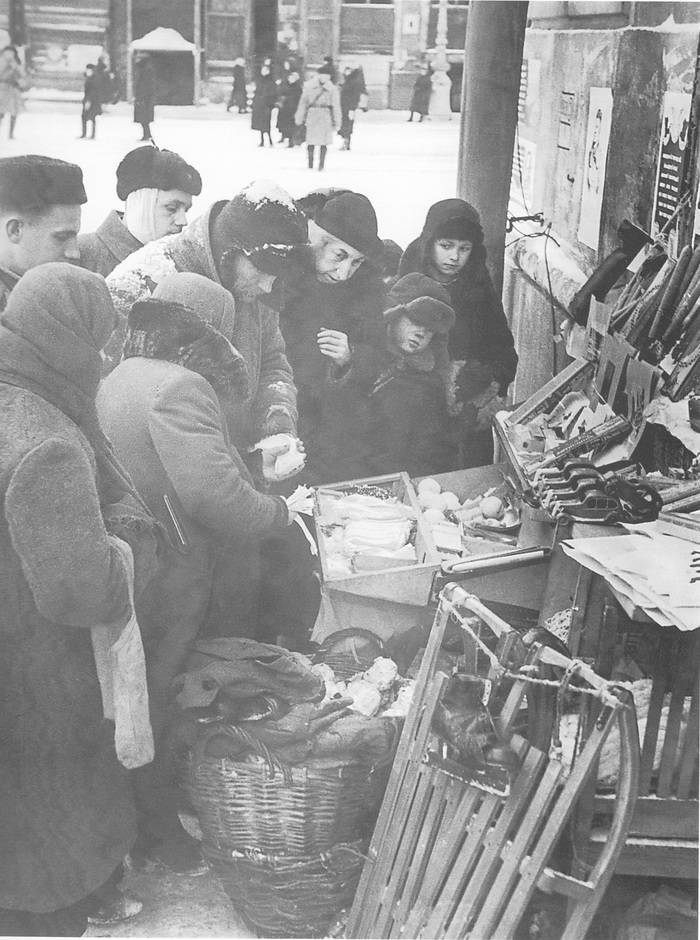 Even a former servant who previously occupied the lower part of the social hierarchy, became an influential force in Leningrad. And in some cases, it is interspersed with frank trade in their own body. A low level of pretensions gives rise to low actions. In the “mortal time” of November 1941, the root Leningrad woman E. A. Scriabina writes:
“Suddenly, unexpectedly, my former housekeeper, Marusya, appeared. She came with a loaf of bread and a bulky bag of millet. Marusia does not know. It’s not the barefoot slut I knew. She has a squirrel jacket, an elegant silk dress, an expensive down scarf. And to all this blooming look. As if she came from a resort. Does not look like the inhabitant of a hungry, surrounded by enemies of the city. I ask: where does all this come from? It turns out that the situation is quite simple. She works in a food warehouse, the warehouse manager is in love with her. When they leave the job search, then Marusia is examined only for the view, and under her fur blouse she takes out several kilograms of butter, bags of cereal and rice, and canned food. One day, she said, she even managed to drag through several chickens. All this she brings home, and in the evening the bosses come to her to have dinner and have fun. At first, Marusya lived in a dormitory, but her brigadier, taking into account all the benefits of living together, invited Marusia to live in her apartment. Now this brigadier enjoys rich Marusina harvest, luring even his relatives and friends. As you can see, this is a very resourceful person. She completely took possession of the stupid and good-natured Marusya, and in the form of special mercy sometimes exchanges products for various things. This is how Marusya's wardrobe has improved, which is delighted with these exchanges and has little interest in where her rich booty goes. All this is in a very naive form. Marusya tells me, adding that now she will try to prevent my children from starving. Now, when I write this, I think about what is happening in our unfortunate, doomed city: thousands of people die daily, and some individuals in these conditions have the richest benefit. True, during a visit to Marousi, these thoughts did not occur to me. Moreover, I begged her not to forget us, offered her any things that might interest her. ”

Flattering and servility to such persons, unfortunately, have become a frequent occurrence among the intelligentsia and ordinary inhabitants of Leningrad. 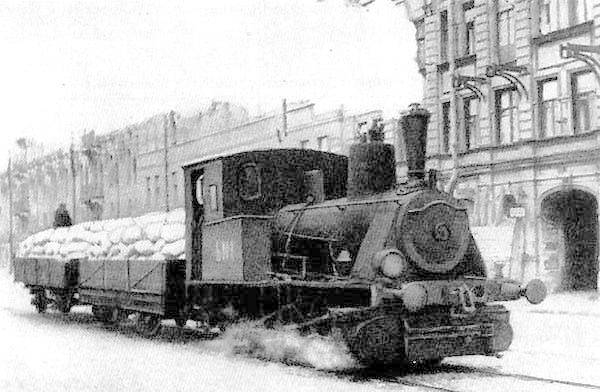 One way to transport food in besieged Leningrad

In addition to the purely physical sufferings associated with hunger, the people of Leningrad also suffered from moral suffering. Often, children and women in the final stages of exhaustion had to watch the gluttony of the powerful. E. Scriabina describes a case in a wagon for evacuees when the wife of the hospital head and her children sat down to dine in public:
“We got fried chicken, chocolate, condensed milk. At the sight of this abundance of food unprecedented for a long time, Yurik (son of Scriabin) became ill. My throats were cramped, but not from hunger. By lunchtime, this family showed delicacy: it curtained its corner, and we no longer saw how people ate chickens, pies and butter. It is difficult to remain calm with indignation, with resentment, but who to say? Must be silent. However, this has become accustomed to for many years. "

The results of such moral torment are thoughts of the falsity of the ideas of socialism, to which the majority of the city’s inhabitants were betrayed. Thoughts about the powerlessness of truth and justice in besieged Leningrad come. The basest instincts of selfish self-preservation replace the ideals of freedom, equality and fraternity. Often it goes into a hypetrophied form. And again in the most terrible "mortal time" of the 1941-42 winter of the years. B. Kapranov records in his diary:
“Not everyone is starving. Bread sellers always have a kilo of two or three a day, and they are cashing in on great things. They bought everything and saved thousands of money. Military officials, militia, employees of military registration and enlistment offices and others, who can take everything they need in special stores, eat themselves like we ate before the war. Cooks, dining room managers, waiters live well. All the more or less occupying an important post get and eat their fill ... In closed stores a lot, but in our empty. At the meeting, where questions about the increase in the norm and the improvement should be resolved, there are not hungry, but all who are full, and therefore there is no improvement. Where is the freedom and equality of rights referred to in the constitution? We have all the parrots. Is it really in a Soviet country? I'm going crazy, as I think about everything. " 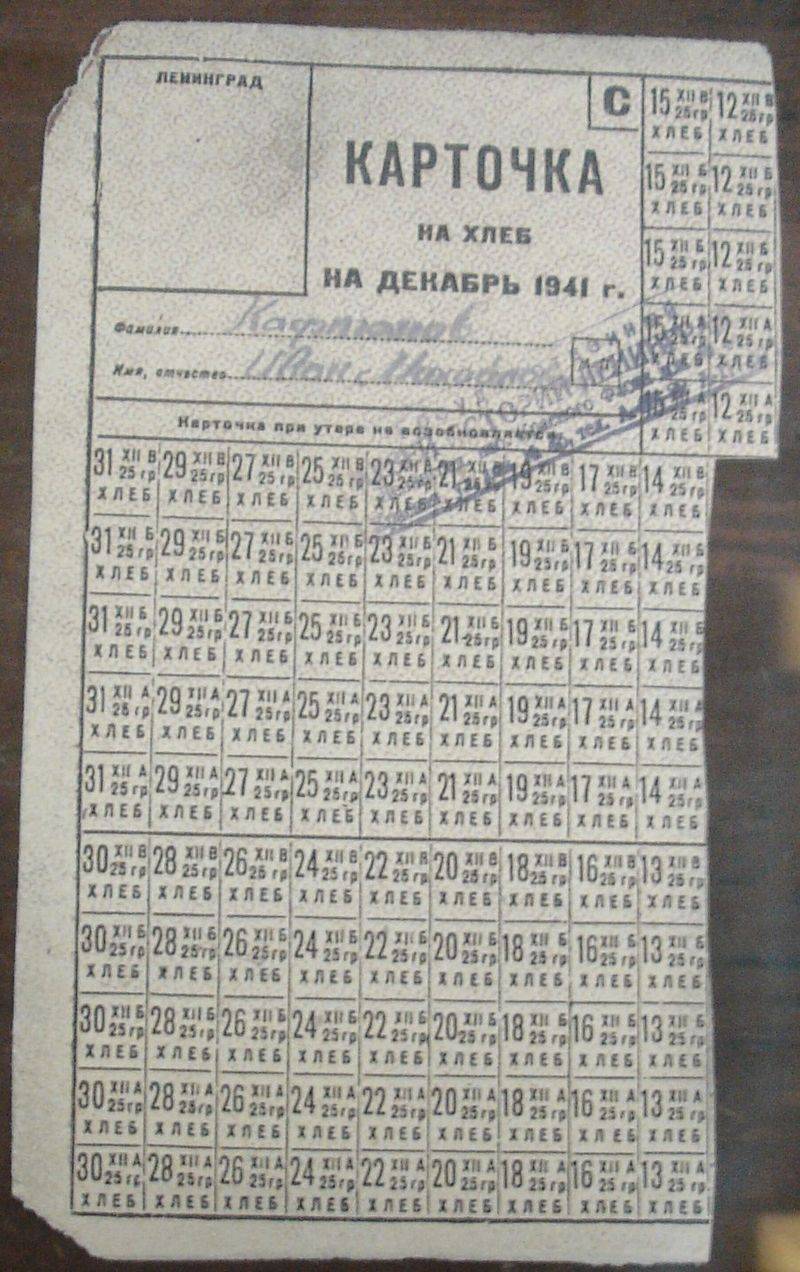 The survivor of the blockade of V.I. Titomirov in his documentary work “Hitler's Ring: The Unforgettable” writes:
"The blockade showed with our own eyes that under the conditions of the most severe control, when everything seemed to be in full view, on record, when there was an extraordinary power, when any violation threatened with death, execution, such elements were able to flourish, or even sophisticated criminals who are not blockaded by blockade, but a means of mad profit, and borders are not boundaries, and there is no famine, but they spit on the enemy and the bombs. For the sake of profit, for the sake of rampant. And such, by these reasons, were not evacuated either. Everything they did not care. 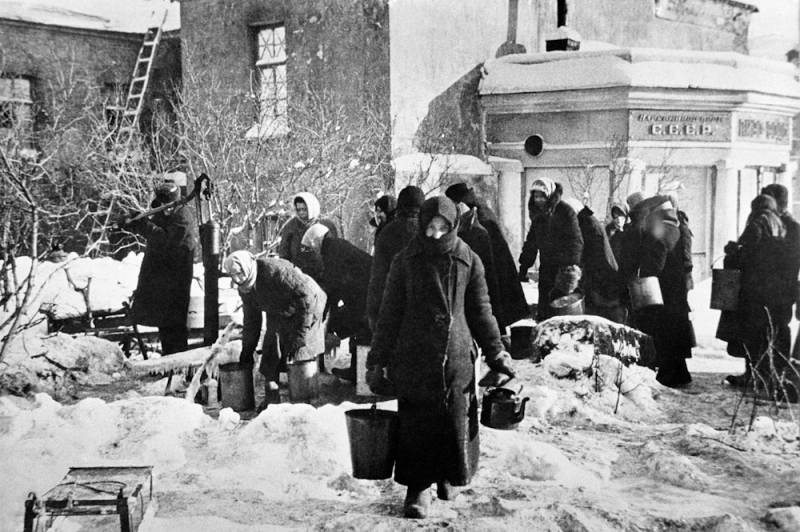 In the book “Diary and Memory” G. Kulagin raises questions that could cost him his life during the blockade:
“Why does the rear foreman flaunt in a mannequin and shine from fat, and the gray, like his own overcoat, the Red Army man, gathers on the front line to eat grass near his bunker? Why does a designer, a bright head, the creator of wonderful cars, stand in front of a stupid girl and humbly beg for a cake: “Rack, Rack”? And she herself, cutting out extra stamps to him by mistake, turns up her nose and says: “This is a nasty dystrophic!”

However, despite the tragedy of the situation in besieged Leningrad, some modern researchers argue that without speculators, it would be very difficult for most of the residents of Leningrad to survive. Clever, crappy and unprincipled people were able to create a grocery market that saved the hungry in exchange for their values. This ambiguous thesis of historians will be discussed in the next part of the material.

Based on:
Pyankievich V. L. “Some die of hunger, others are cashing in, robbing the last crumbs of the first”: participants of the market trade in besieged Leningrad // Works of the Faculty of History of St. Petersburg University, 2012.
Titomirov V.I. Hitler's Ring: Unforgettable. Experienced: Documentary story.
New archival documents / Comp. and comm. N. Yu. Cherepenina.
G. Kulagin. Diary and memory. About experienced during the blockade.
Weekday feat.
Scriabin E. Pages of life.