In search of fort Rajewski. 3 part

November 22, 2018
12
In the previous section, we looked at the deprivation of both the garrison of Fort Rayevsky and the majority of the garrisons of the Black Sea coastline. But how did the activity of the intermediate fortification on the edge of the Anapa Valley look like in dry figures and few published reports and reports?


More than ten years after the foundation of 1851 in January, the fort was preparing to meet another expedition to the lands of the Circassian rebels, commanded by Lazar Serebryakov. It was necessary to meet as many 2445 manned infantry, 240 cavalry of irregular cavalry with 8 transport in the form of light guns. And the meeting was not in a solemn banquet, but in the transfer of the latest information on the enemy's movement and reports of infiltrators, the deployment of soldiers in the vorstadt, and sometimes escort of columns on the sections of the road entrusted to the fort. 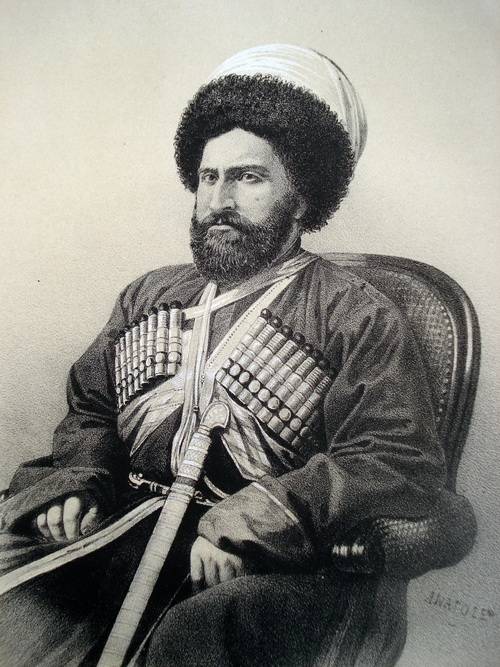 In that year, Serebryakov led a campaign against the naib (deputy, a kind of right hand) of Shamil himself — Muhammad-Amin, sent by the “bosses” to create united forces on the Circassian territory. Naib partly coped with the task, creating detachments of "mutazigov", that is, equestrian guards. But in the blink of an eye, serving in horse guards became a duty for the Circassian population. Naib, approved by the Turks as the “governor of Cherkessia”, imposed fines for trade with the Russians, drove part of the Natukhais from the Kuban so that the Russians would not “blacken”, so to speak, their mind, introduce Sharia and periodically dumped the “convicts” into the canyon of the Khadzhokhskaya gorge ( Maikop District of Adygea). Neither did the Mo'thazigs themselves, who rather soon felt themselves to be some kind of "oprichniki", endowed with incommensurably greater rights than the mere Highlanders.

Naturally, some Circassians did not like this behavior of the “Turkish” protege. Therefore, information flowed not only from spies, but also from ordinary people who wanted to settle in safe places, away from extortion by pro-Turkish authorities. Russian fortifications became centers of confluence of such information. And in such matters, the officers of the forts should have been a diplomat, a kind of intelligence officer, and ... a conspirator - there were quite a few scouts of the naib. 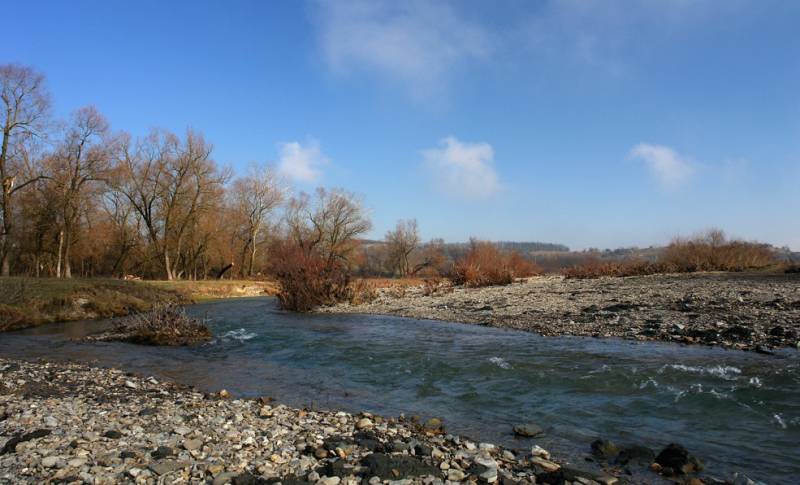 In the first days of February, the Serebryakova expedition safely departed from the fortification, plunging into the lands of the Circassians. Again, Lazar Markovich will return to Fort Rajewski at the end of the year in December, leading the 5 infantry battalions, one hundred and fifty cavalry with the 11 guns. This time the meeting was short. Serebryakov led troops along the upper reaches of the Bakansky gorge and the valley of the Adagum River to arrive at the Novorossiysk fortification. 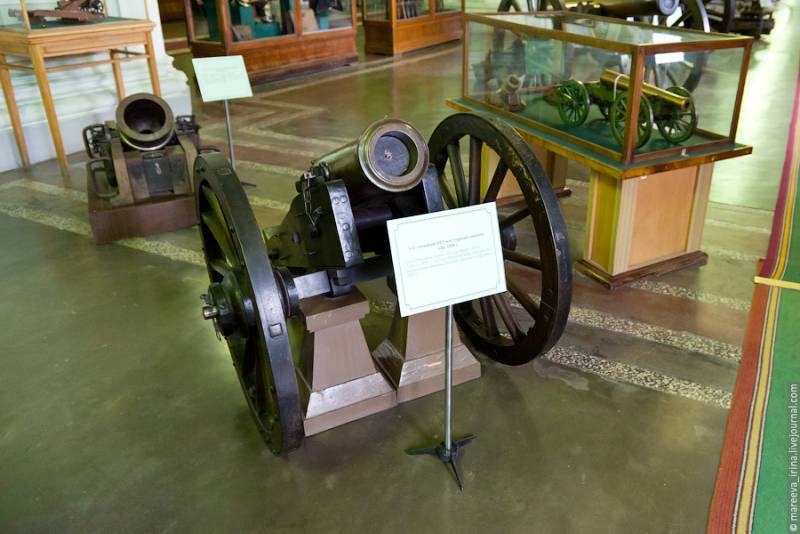 In the Caucasus, character was forged in the hardest conditions, but, as it sometimes happens, this was not the case with everyone. Some severe conditions broke. So, in the published archival materials of the Novorossiysk Museum there is a document dated February 1854 from the commandant of the fort Rayevsky headquarters captain Machugovsky:

In the garrison entrusted to me, Lieutenant Poganovsky was appointed by me to follow the convoy to Novorossiysk, but he did not want to fulfill my orders, because before the column’s performance the same number gave me a report that he was obsessed with the disease. And on the third day, he filed a report on his recovery. On that date, I assigned Poganovsky to a convoy consisting of: 4 s non-commissioned officers, 1 musicians, 60 privates, 8 volovshchikov with supplies, 10 Cossacks, and a mountain unicorn with 12 artillery men for the transport of oak forests for the upcoming installation of palisade around the fort.
What I reported to the head of the first branch of the Black Sea coastline 20 February. This forest was from a fortress at a distance of a cannon shot, but Second Lieutenant Poganovsky, appearing to me, began to shout that I assigned him with a small number of people to a dangerous place, in fact, in order to give it to the mountaineers.
At the same time, Second Lieutenant Kovalenko, on my orders, went with an escort to carry out the mission. The report and all materials on the Poganovsky case were sent for consideration to the commander of the first battalion, lieutenant colonel, Knight Suslovsky, with further consideration by the head of the first branch of the Black Sea coastline, Major General Debu.

Such cowardice shown by Sub-Lieutenant Poganovsky, perhaps more clearly illustrates the whole danger of the military service of Fort Rayevsky.

But, alas, all the hardships of our garrisons were not rewarded. The outbreak of the Crimean War, so "unexpected" for the capital, was for the "Black Sea", if not obvious, then expected. Turkish, French, British and Polish provocateurs, spies and “volunteers” scurried throughout the Caucasus, which was repeatedly reported to the capital. And about almost open contraband weapons knew and without reports. They also knew about provocations, the goals of which were to kindle a war in order to push Russia back from the Black Sea. At the same time, the Black Sea coastline was weakly reinforced from the sea side. 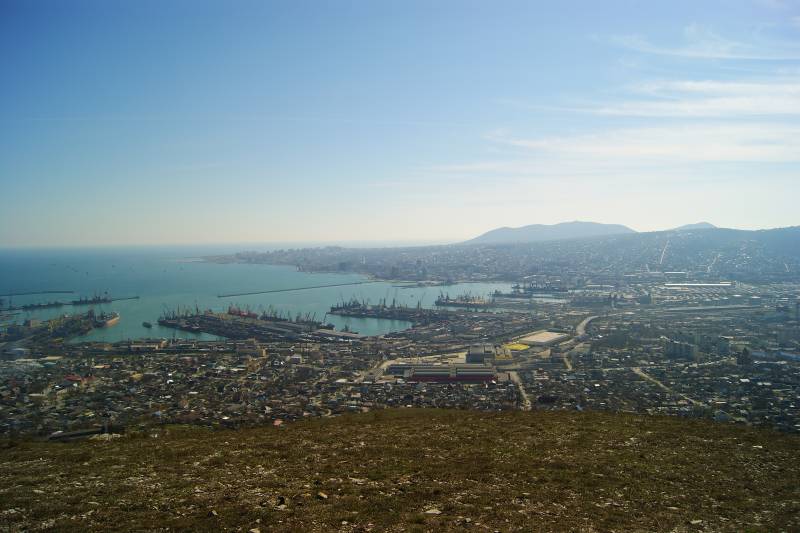 Tsemes Bay (view from the mountains)

28 February 1855 of the year Tsemess Bay of Novorossiysk entered the enemy squadron as part of the 5 French and British warships. Major-General Alexander Osipovich Debu, knowing full well about the city’s defenselessness from the sea, evacuated all civilians, and mobilized all the men, waiting for the landing. But until March 1, the bombing of Novorossiysk continued. At the same time, despite the terrible destruction, the enemy squadron did not dare to land troops to storm the city.

All this time the local Circassians incited to start a large-scale war against the Russians. In the current situation of the blockade from the sea, the garrison of Fort Rayevsky was completely under the control of the latter by communication with the mainland Russia. Fort Rajewski provided communication between Novorossiysk and Anapa.

In early May, it was decided to leave the city. 15 May 1855, Major General Debu's troops began to blow up all the remaining buildings and fortifications. The garrison and the inhabitants of Novorossiysk departed to Anapa with a sad march. It is this sorrowful march that will remove his garrison from Fort Rajewski once and for all. Alas, more information about the restoration of the fort was not.

Now the memory of those events has been preserved, so to speak, on the ground, partly in the names of the villages. To the west of Fort Rajewski there is a village, named after Nikolai Nikolayevich Rajewski. The village of Natukhaevskaya stands six kilometers north of Raevka, as the locals call it, a tribute to the Circassian tribes.

In the final part, we will try to find out on the spot what remains of the forgotten and abandoned fortification, except for a tiny granite stele with the founding date of the fort, which Kuban Cossacks had recently installed on the site of the fort.