November 19, 2018
26
The Australian Ministry of Defense summed up the announced tender for the supply of long-duration UAVs to the country's armed forces (MALE-class). According to "Warspot" With reference to the portal defensenews.com, the winner of the tender Project Air 7003 Phase 1 was the American company General Atomics Aeronautical Systems. 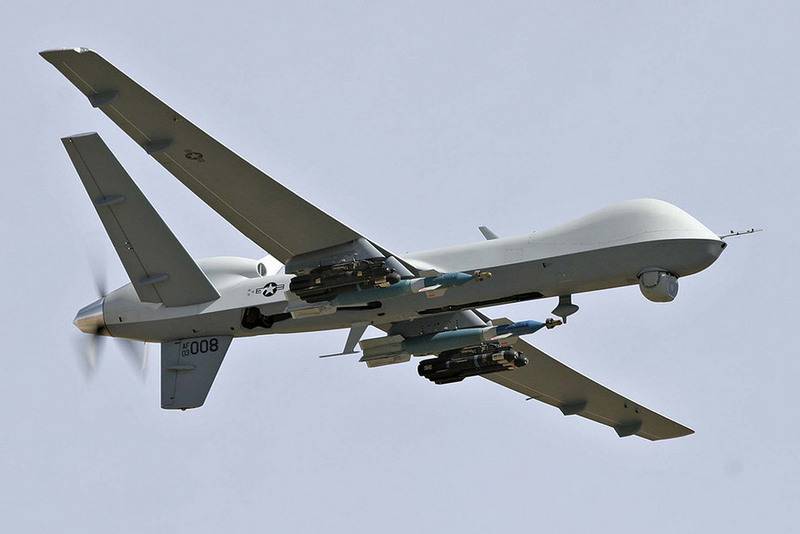 Under the terms of the tender, the winning American company will supply the Australian Air Force drones MQ-9 Reaper Block 5 or MQ-9B Skyguardian drones, at the moment the Australians have not yet decided on the model. In total, the Australian Ministry of Defense plans to purchase from 12 to 16 drone MALE - class totaling from 1 to 2 billion Australian dollars (0,75 – 1,5 billion US).

The Australian Defense Ministry plans to receive the first drones already in 2020 – 2021, and two years later to send them on alert.

In addition, the Australian military announced plans to purchase seven MQ-4C Triton drones in the United States. The deal is valued at 5,2 billion dollars, and the delivery of drones is scheduled to begin in 2023 with the end of 2025. UAVs are planned to be used in conjunction with the P-8A Poseidon reconnaissance aircraft in patrolling the South China Sea.