November 18, 2018
56
Events of the past week showedthat the border dispute between the Chechen and Ingush republics is far from over.


Recall that the modern conflict between these two subjects of the Russian Federation has arisen over mutual territorial claims and has been periodically aggravated over the past few years.

26 September 2018 of the year Ramzan Kadyrov and Yunus-Bek Yevkurov (heads of Chechnya and Ingushetia respectively) signed an agreement on securing a joint administrative border, which was not properly demarcated earlier, but this caused mass protests in cities and villages of Ingushetia. Part of the Ingush people considered this agreement illegal, allegedly giving priority to the territorial claims of Chechnya "on the ancient Ingush lands". 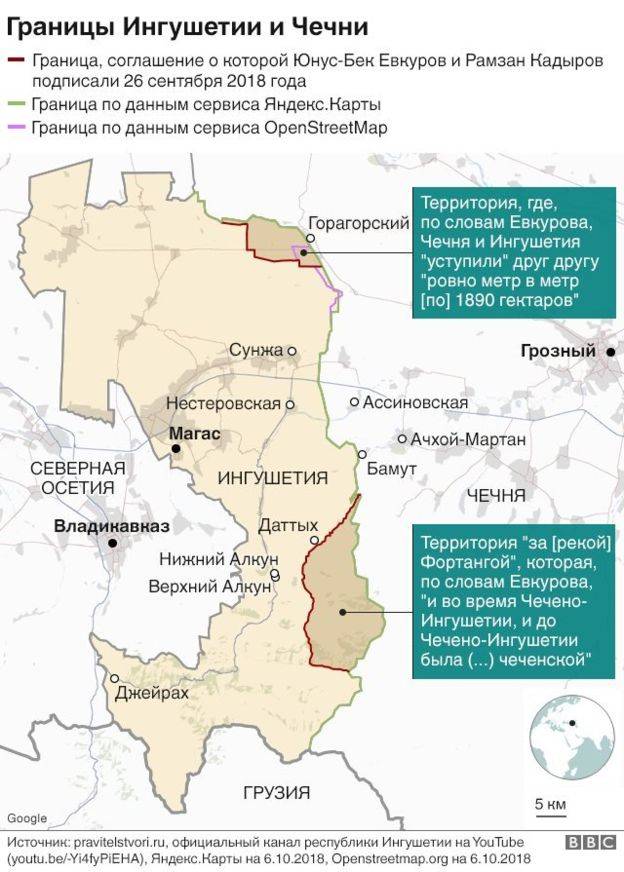 The local authorities reasonably refused to disperse protest demonstrations by force, although it came before the shooting into the air from the law enforcement forces, and according to some sources, even to separate subdivisions of the republican government from individual units of the local police. However, despite the very liberal approach on the part of the authorities to the statements of the protesters, it was not possible to reassure those who went to rallies.

At the end of October, the First World Congress of the Ingush People opened in Nazran, which was attended by about 700 delegates from 15 regions of Russia and from 7 from other countries. Also, gatherings of local communities and tapes took place throughout Ingushetia, where “deputies of the Ingush people” were also elected.

As a result, on October 30, the head of Ingushetia refused to recognize the local court’s decision on borders with Chechnya as legal (the Ingush Constitutional Court earlier recognized a number of provisions of the pleasant law that contradicted the Constitution of the republic) and 8 asked the Constitutional Court of the Russian Federation to assess it as and the law on its ratification (approved by the parliament of the republic).

The motivation for such a decision was that this law falls under federal jurisdiction, since affects the interests of not one, but two subjects of the Russian Federation. 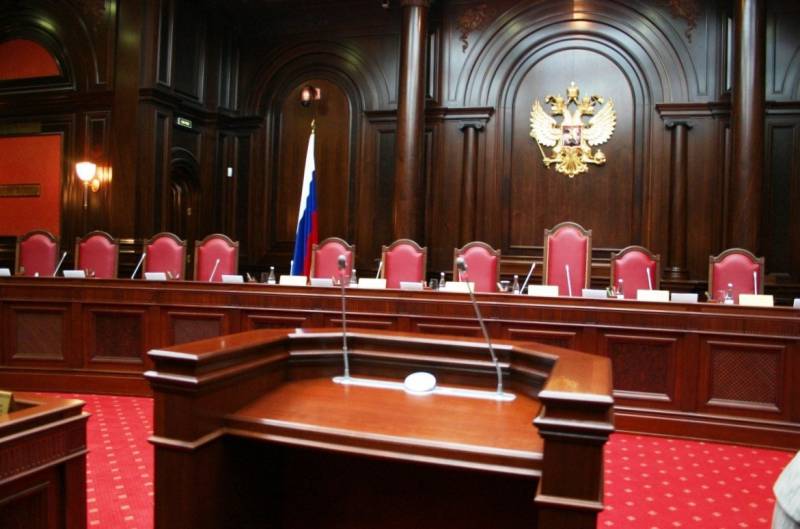 Meeting room of the Constitutional Court of the Russian Federation

And at the end of last week it became known that the open meeting of the Constitutional Court of the Russian Federation will take place on November 27 2018 in St. Petersburg. Yunus-Bek Yevkurov as the head of Ingushetia, Ramzan Kadyrov as the head of Chechnya, as well as representatives of the parliaments of both republics and even delegates of the World Congress of the Ingush people are invited to it. In addition, representatives of the federal government, the Council of the Federation, the Prosecutor General’s Office, the Ministry of Justice of the Russian Federation and the Ingush Constitutional Court are scheduled to attend.

Thus, we can say that the modern North Caucasian version of N.V. Gogol "How Ivan Ivanovich argued with Ivan Nikiforovich" will obviously continue in the near future. It remains only to be glad that so far this has not served as the basis for a new armed confrontation in the North Caucasus, which our long-time North Atlantic "partners" will not wait for.
Ctrl Enter
Noticed oshЫbku Highlight text and press. Ctrl + Enter
Military Reviewin Yandex News
Military Reviewin Yandex Zen
56 comments
Ad