Lavrov accused the West of preparing another "Ukrainian scenario"

November 17, 2018
63
Western countries are trying to implement another “Ukrainian” scenario in the Balkans, putting pressure on the countries of the peninsula. This was announced by the head of the Russian Foreign Ministry Sergei Lavrov in an interview with the newspaper Serbian Telegraph. 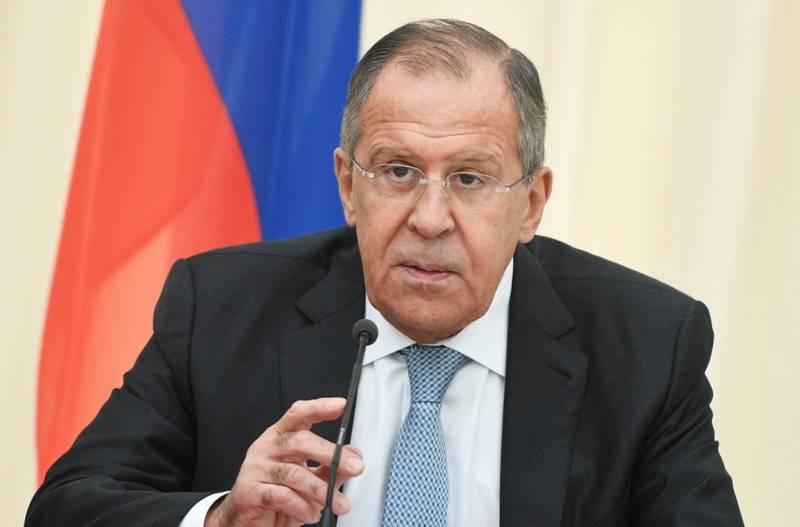 The head of the Russian Foreign Ministry, in particular, said that at present the West is making persistent attempts to turn the Balkan region into another bridgehead against Russia. At the same time, the actions of Western politicians are exactly the same as the “Ukrainian” scenario. From the countries of the region, as well as from Ukraine in the 2013 year, they insistently demand to make a choice between Moscow and Washington with Brussels, as if they do not understand what tragedy this can lead to in the example of modern Ukraine.

Lavrov noted that Belgrade is under strong pressure, but in this difficult situation Serbia confidently opposes it and maintains an independent course that presupposes mutually beneficial cooperation with Russia. Moscow highly appreciates the actions of the “Serbian brothers,” he added.

Earlier it was reported that the European Union is "deeply concerned" with Serbia’s military cooperation with Russia and Belarus. In addition, the EU recommended that Belgrade more often coordinate its policy with the European and act "in the European vein".