Putin responded to the West to criticize the Donbass elections.

November 15, 2018
91
Russian President Vladimir Putin, commenting on criticism from Western countries of past elections in the self-proclaimed republics of Donbass, said that before condemning the elections, it was necessary first of all to condemn the killings in these republics. 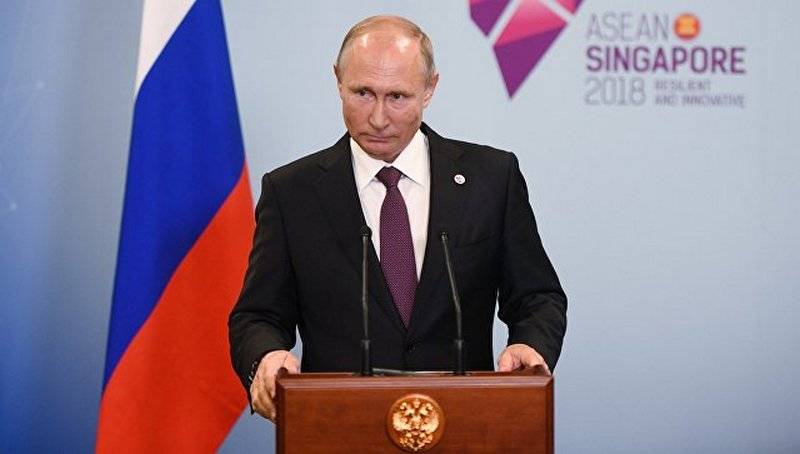 Speaking at a press conference following a visit to Singapore, Putin, in particular, said that lately Russia has often heard from Western countries condemnation of the elections held in Donbass, but has never heard from the same countries condemnation of the killings that occur in the unrecognized republics First, condemn the politically motivated killings in the Donbass, he added, then just condemn the election.

In addition, the Russian president stressed that the policy of the current Kiev authorities does not allow to count on a peaceful settlement of the conflict in the Donbass, since Ukraine still does not show a desire to fulfill the Minsk agreements.

Nothing happens. Everyone is waiting for some execution of the Minsk agreements from Russia, and the fact that the Kiev authorities are not doing anything, nobody prefers to notice
- Putin declared