Another squadron of Su-34 will go to the armed forces 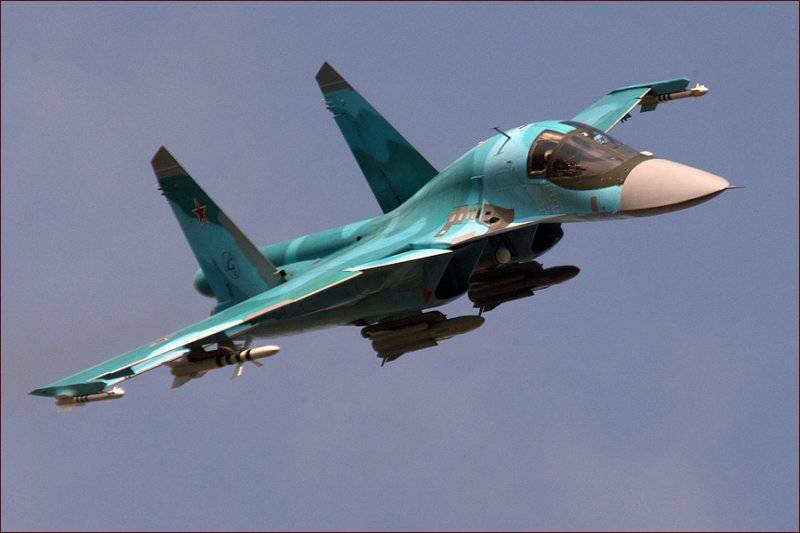 By the end of the current 2012, the next squadron of the newest Russian Su-34 front-line bombers will be available to the Voronezh base (Western Military District), which will gradually replace Su-24 aircraft.

According to the State Armaments Program for the Air Force of the Russian Federation, a total of about 140 of Su-34 front-line bombers will be purchased. At the first stage of procurement 92 modern vehicles will be purchased, then the group will be increased to 124 aircraft, and in the future, the total number of Su-34 front-line bombers will reach 140 units in the Russian Air Force. The complete replacement of the obsolete Su-24 in the Russian Air Force will occur in a planned manner throughout the 8 years before the 2020 year.

As the aircraft enters the troops, engineering and design work is underway, which will increase its combat potential. So, in particular, the latest airborne self-defense complex is being developed, and new types of missile weapons are being created: air-to-surface, air-to-ship, and air-to-radar missiles. The increased capabilities of the Russian Su-34 front-line bomber will allow it to become a carrier of extended-range missiles, which, in turn, will provide an opportunity to build up nuclear deterrence forces, which are part of the strategic aviation Air Force of the Russian Federation.