November 14, 2018
71
The United States and Georgia have agreed to modernize the infrastructure of the Vaziani airfield with the aim of creating a major NATO military logistics center, reports Kommersant. 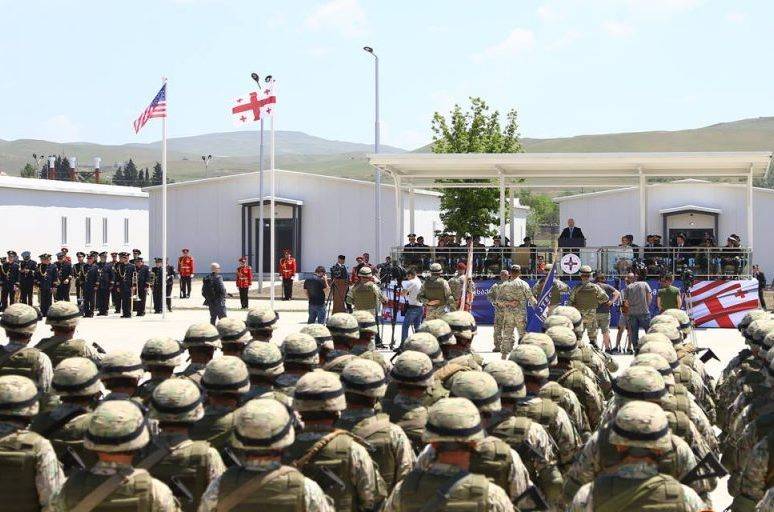 According to Georgian Defense Minister Levan Izoria, the creation of the NATO-Georgia Defense Readiness Center will raise cooperation with the alliance to a new level.

The initiative to build a new facility belongs to the Georgian side. In October, Izoria invited the Americans to continue the development of military infrastructure in the country, meaning Vaziani. After modernization, the airfield will be able to receive any transport aircraft of NATO countries.

The cost of work is still unknown. Technical details are under discussion, noted Izoria.

As the Georgian expert Irakli Aladashvili noted, a modern airfield is necessary for NATO forces to quickly transfer troops in the event of an exacerbation of the situation. In his opinion, the choice on Vaziani was not accidental - the airfield built there in 1942, taking into account its strategic location, played a key role in building the military infrastructure of the entire South Caucasus.

In addition, the Georgian Defense Ministry often conducts maneuvers in the Vaziani area with the participation of NATO forces, and it is more convenient to transfer equipment by air than by sea, the expert explained.

At the same time, he stressed that there is no talk about creating a full-fledged American base in Georgia. Although the current plan is a very serious step in this direction, he added.

Photos used:
The website of the Ministry of Defense of Georgia