November 14, 2018
15
In the United States, the Northrop T-38 Talon training supersonic jet crashed. The incident occurred on the evening of November 13 in the area of ​​the US Air Force Laughlin Base in Texas. This was reported on the page of the press service of the base Laughlin on Facebook. 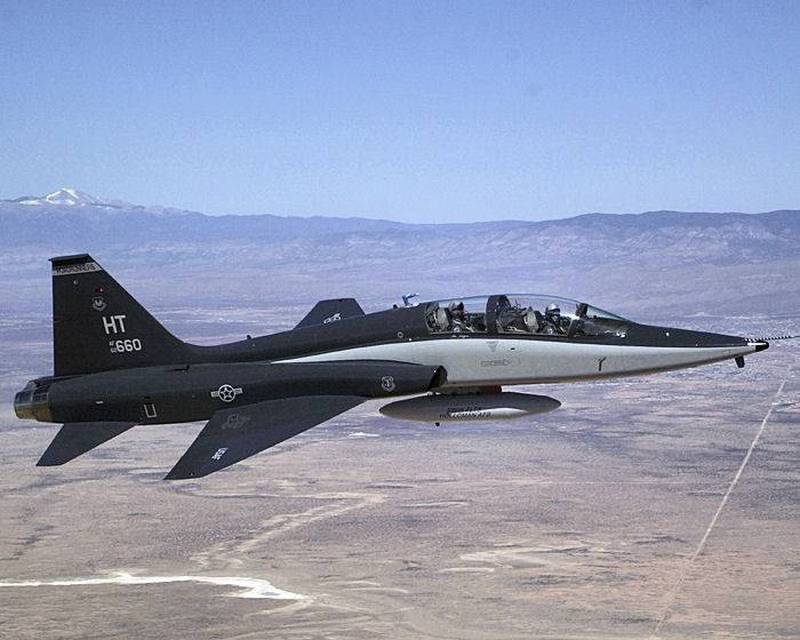 According to the press service of the base, the T-38 Talon training aircraft deployed at the Laughlin military air base crashed around 19: 40 (04: 40 Moscow environment) during a training flight. Rescue service specialists and representatives of the Avabaz arrived at the scene. According to data provided by the US military, one of the pilots of the aircraft was killed, the second was hospitalized. The severity of injuries of the co-pilot is not reported. The reasons for the crash of the aircraft are not known at the moment;

It should be noted that this crash of the Northrop T-38 Talon training aircraft is far from the first. Without venturing into history operation of the aircraft, only for the period of autumn 2017 and to the present, this aircraft is the third. 21 November 2017 of the year in the state of Texas in the area of ​​the same military base Laughlin crashed T-38 Talon supersonic training aircraft, one pilot died, the other was taken to hospital with serious injuries.

In May of this year, the Northrop T-38 Talon crashed in Mississippi, the accident occurred during a training flight, the T-38 crashed around the US Air Force base Columbus and caught fire, both pilots were able to eject, but were hospitalized with serious injuries.

The supersonic T-38 Talon twin-seat aircraft are widely used by the US Air Force for training with the 1961 of the year. Production was completed in the 1972 year, according to the official website of the United States Air Force, more than 500 of such vehicles are at the disposal of the military. The length of the aircraft - 14 m, wing span - 7 m, height - 3 m, maximum speed - 1381 km / h.