The first metal of South America. "Kulturtregtery name of the Sun" (part 2)

And give us the love of your rain.
Hear the same as we call to you ...
(Miloslav Stingl. State of the Incas. Glory and death of the sons of the sun)

So, the Incas knew gold and silver, but they also knew how to alloy copper and tin and get bronze. And paradoxically, being able to work perfectly with metal, the Incas never liked mining. Neither in the past nor later. After all, this occupation distracted them from the earth, and even if they valued gold, the value of the earth in their eyes was incomparably higher. Although the mountains, where the mined metal ores, for the Indians were sacred, and when I started to work, whenever the Indians prayed to the gods that they have given to their hidden treasures in them. 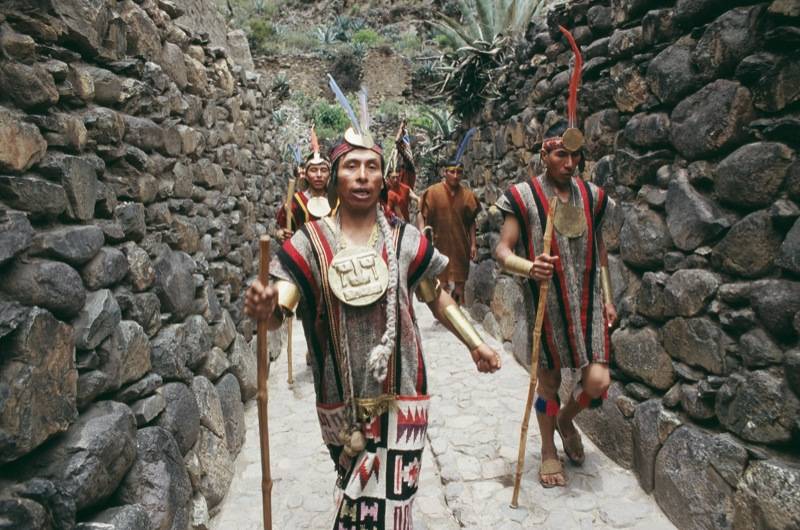 As in Russia, in present-day South America, there are many people who sew yourself an old-cut suits, put on a copy of the ancient ornaments, and as such go and dance among the ruins. Someone entertains tourists so much, someone thinks that in this way preserves the culture of their ancestors. In any case, to look at them is very interesting. After all, outwardly with their features they are all the same as in the times of Francisco Pizarro!

The laws of the Incas concerning ore mining and miners' labor were simple and clearly defined, as, indeed, all the laws of the Inca Empire. Work in the mines was allowed only four months a year, and these were the warmest months. The workers were constantly changing; and no man could be sent to work in the mines without ... his woman. On the steep slopes of the Cordillera de Karabay Mountains (north of Lake Titicaca), where there was a humid climate, but there were large deposits of gold, special terraces were built for the needs of the miners to grow cereals. Here and today you can find the ruins of ancient villages, whose inhabitants were engaged in washing the gold-bearing sand. Another method was also used when dams were successively built across the riverbed, and after the last rains, stones containing grains of gold were collected in them. It is interesting that if in most other countries criminals worked in gold mines, then the Incans had a temporary duty, not a punishment. Gold was smelted in kilns stacked on mountain tops, and traditional charcoal was loaded into them as fuel. Hole for propulsion are generally oriented to the east, in the direction from which the wind blew more often, which created the craving enough to obtain a high temperature required for melting. However, if there was no wind, the Incas could use llama skin. 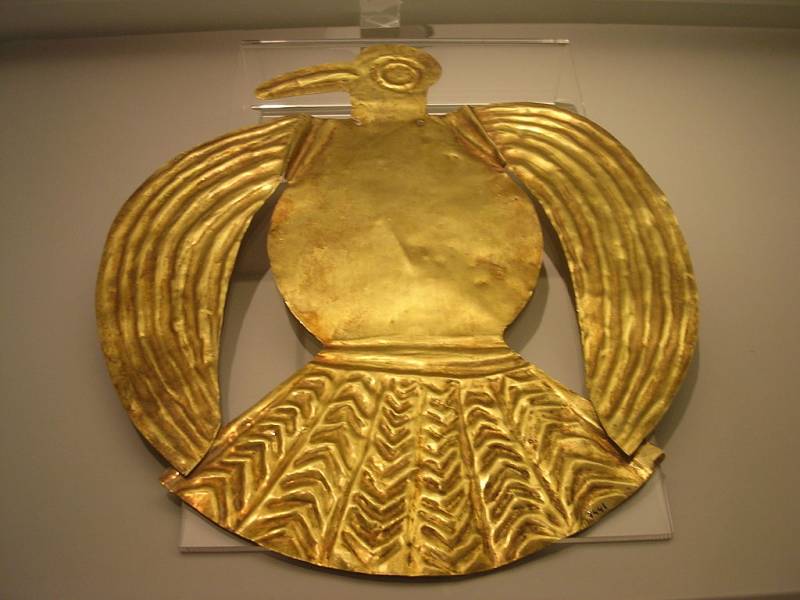 Gold jewelry of the Incas has come down to our days quite a bit, but they are. For example, this ornament can be seen in the Museum of America in Madrid. 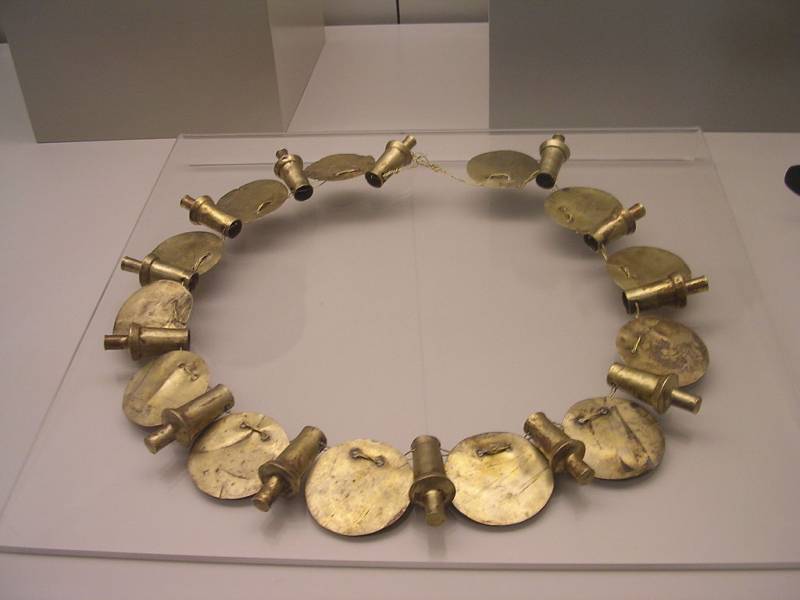 And these golden beads are also from there. (Museum of America, Madrid).

The Incas owned all the techniques, known and other peoples and preserved today. This casting, forging, soldering, riveting and stamping. Jewelers in Cuzco were known for forced-blown stoves, and the craftsmen depicted on a fresco in an Egyptian tomb in Saqqara (around 2400 BC) acted in the same way; where jewelers in a similar way spend smelting to get the right temperature. The technology was relatively primitive, but it is so much Inca craftsmen smelted gold, cast the statue of the Inca rulers a full-length and the exact similarity of plants of gold for the Golden Garden in Cusco. And it is not surprising, because all the gold of the empire belonged precisely to the Supreme Inca! Moreover, since the Incas were an accurate account of all income through writing pile, it was found that in Cuzco annually delivered so 217 and 724,5 kg of gold, and no machinery they have not used. Well, they needed gold including the deification of their rulers, because after each from Great Inca after his death did the gold statue, and his palace was converted into a tomb decorated with gold again. 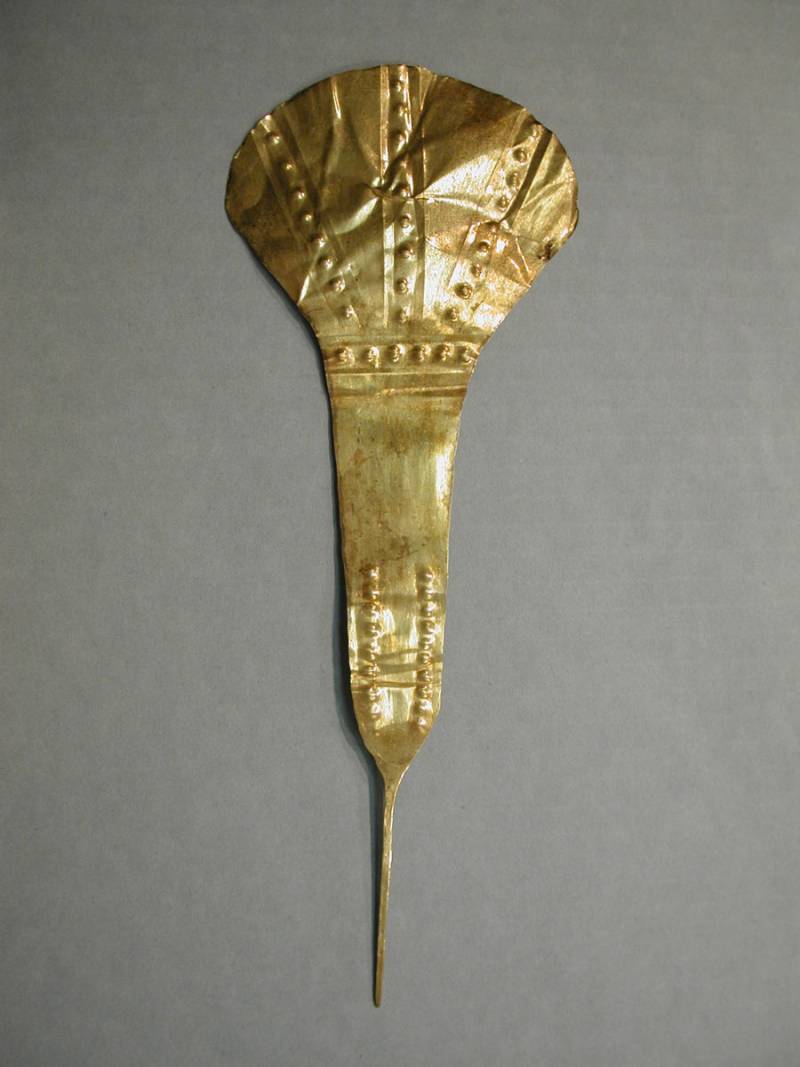 But this decoration is already from the Metropolitan Museum in New York.

Silver, however, was also the property of the divine Inca. But if the gold of the Incas was associated with the brilliance of the Sun, then they considered silver to be the tears of the Moon. And although silver quickly dimmed due to the wet climate of the Andes, the Incas highly appreciated it and made many things of silver. The Incas were also known to be mercury, and they used it for gilding and silvering of bronze items. Also, Peruvian masters used various alloys with tin, but selected their recipes so that at first glance the products made of them look like gold. The heads of battle maws were cast, heavy bronze levers, knives and various surgical instruments, fastener pins, nose and ear decorations and tweezers were used to pluck hair. However, all this, as already noted, was used only by commoners, and the nobility used products made of gold and silver in large quantities. 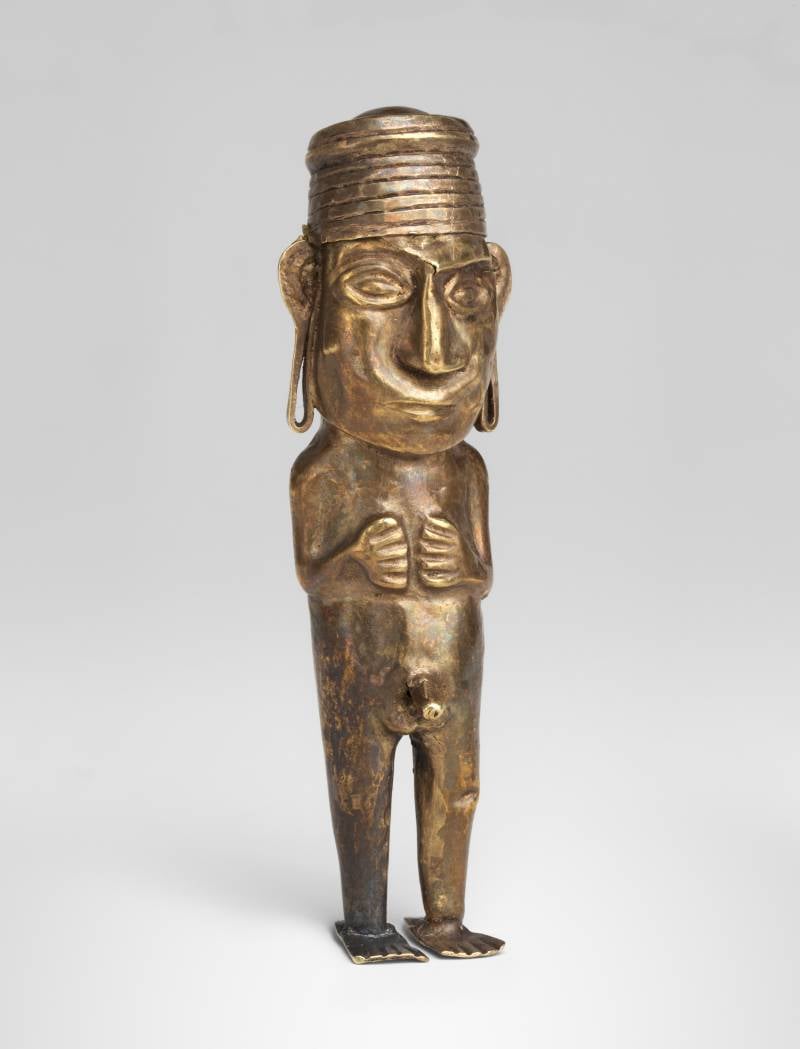 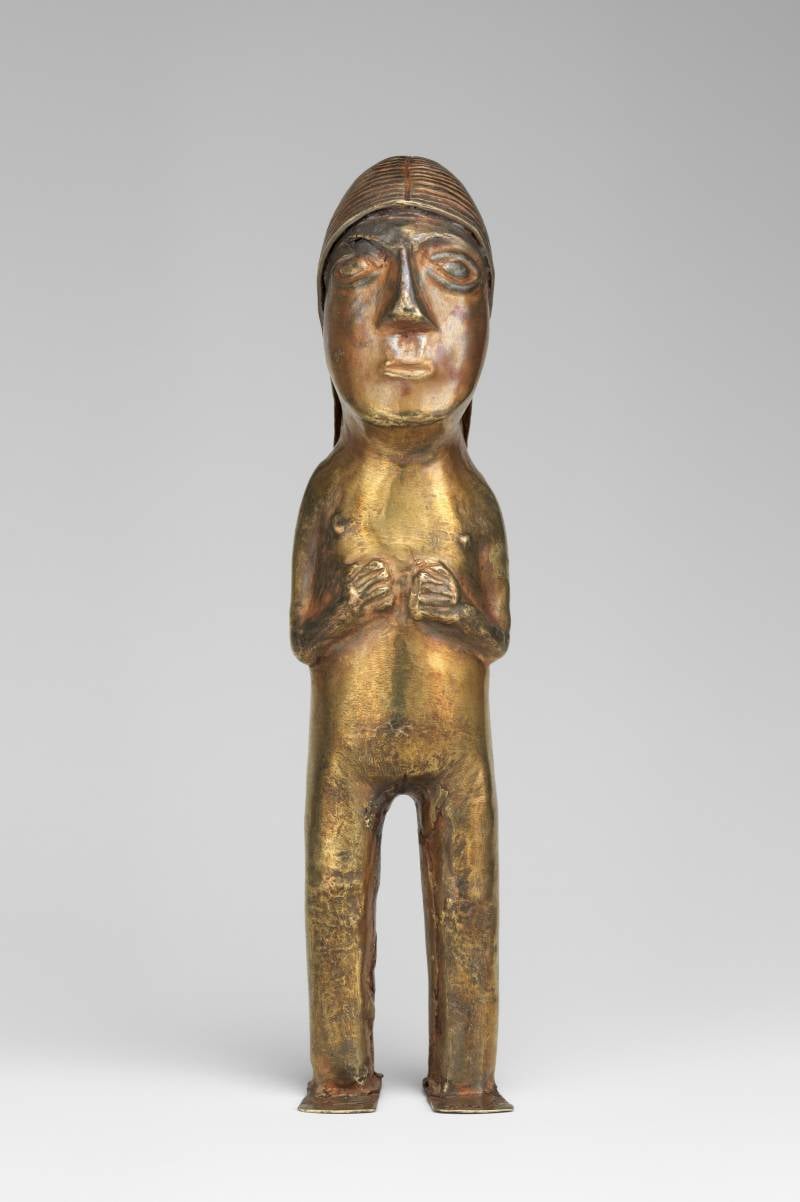 When the Great Inca Atahualpa, whom Francisco Pizarro kept in his capacity as a prisoner, ordered to deliver gold and silver to Cajamarca to ransom his person, he was filled with a room of 7,5 length and 4,5 m width. And the gold did not fit right up to the ceiling, but “to the height of the white line, to which a tall man could not reach.” This resulted in 1 326 539 pesos of pure gold and, in addition, 51 610 silver grades. With modern money, more than 500 million dollars could be obtained for this amount of precious metals. It is terrible that all this gold and silver in the form of products was melted into ingots, since there was a royal order that all gold and silver from Peru should be melted at the royal mints in Seville, Toledo and Segovia. ” Well, how many wonderful works of art perished in this we can only guess. But the Spaniards later recalled that they had seen in Cuzco many statues and idols made entirely of gold and silver, as well as women's figure as a man, hollow and fine work. Another conquistador wrote that he had a chance to see "many vessels of gold, lobsters that are found in the sea, and images of birds and snakes, even spiders, lizards and some beetles ..." were carved on other golden vessels. As for the royal secretary, who counted the gold trophies mined by the conquistadors, seeing how tall they were all stacked, he wrote: “Truly worth seeing ... vessels, vases and dishes of various shapes, which served food to the Inca rulers ... There were four lamas of pure gold and a very large ten or twelve female statues in full size, all made of pure gold, and a beauty and excellent work that they seemed to live ... " 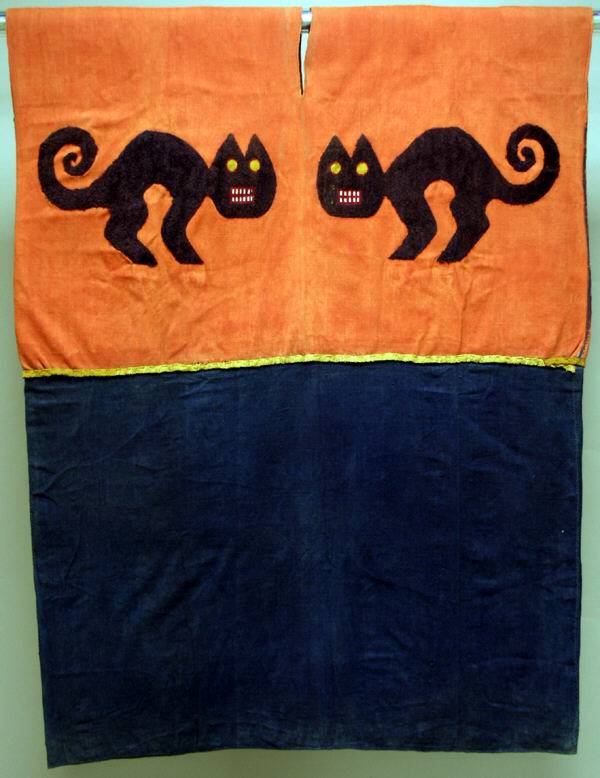 But with the products of textiles, scientists are lucky. Therefore, in the Metropolitan Museum in New York there are many different clothes, carpets and fabrics of Inca work. In particular, this original tunic sleeveless jacket with two cats! 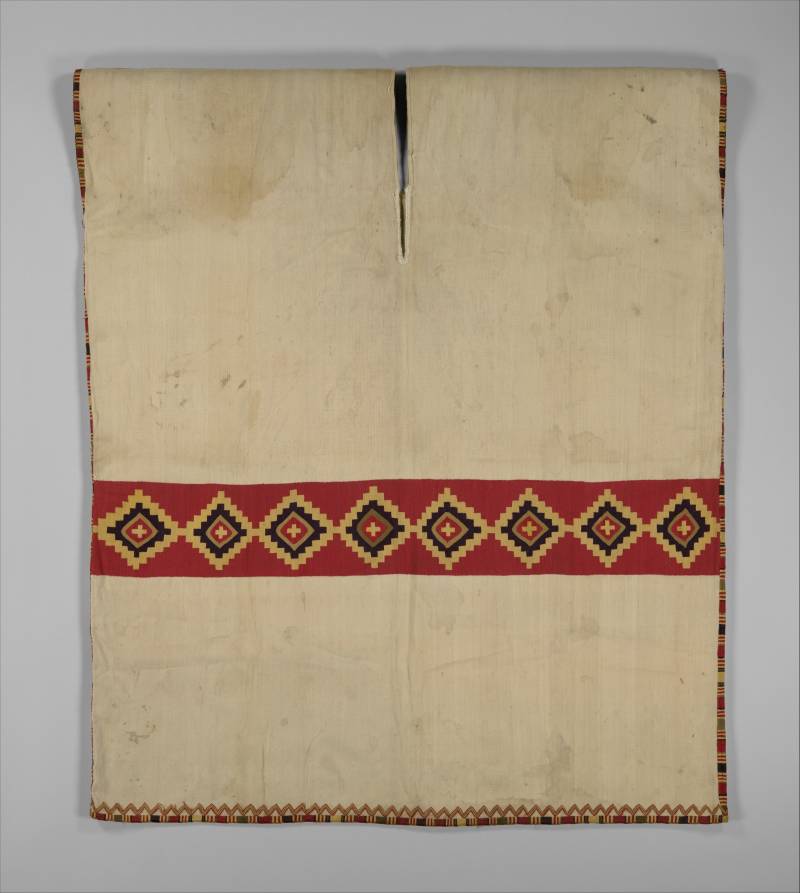 Interestingly, the Incas carried out their conquests in the territory of ancient Peru not for the sake of conquest as such, but with the aim of spreading advanced technologies. Anyway, according to ancient legend, "The Sun God Inca commanded to go to the people and to bear craft and civilization of all the Indians who were living in the wilderness." Ie Myths reflect the desire of the Incas primarily to educate all the other Indian tribes, the Incas themselves consider themselves elected for this purpose by God. And obviously, something allowed them to think so. Although it is known that in the Andes for two millennia, beginning from the X century BC, such developed civilizations already existed, such as Chavin, Paracas, Nazca, Moche, Tiahuanaco and others, that is, much has been created before them. But it turned out that in the XII century a people appeared on the shores of Lake Titicaca, the so-called Great Inca became the supreme ruler. And this people moved to the new capital, the city of Cusco, and began to spread its power over vast territories. 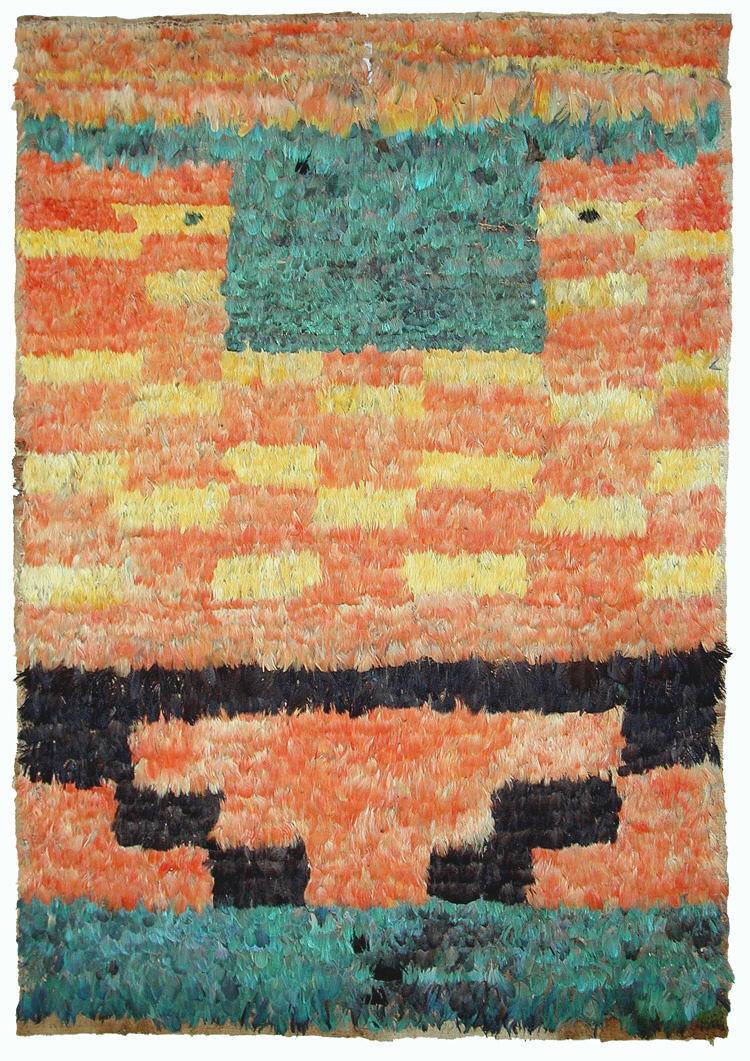 True, the exact appearance of the Incas on historical arena. Although we know that at first they were a small tribe in numbers, and it moved north in search of fertile lands, until it found itself in the Cuzco Valley. Here they managed to defeat the original owners of the land there, after which they began to gradually subordinate the neighboring tribes to their power. They were lucky in that at this time the entire territory of the Andes was inhabited by various tribes who spoke different languages, with their own mythology, religion, culture. Moreover, just the level of culture they all had about the same, so integrating into a new society under the Inca’s rule was not difficult for them. For all tribes, the basis of society was the land community that owned the land together. Another thing is that it was the Incas who were inherent in some kind of sharpened sense of organization. And they began to expand their holdings by conquest. 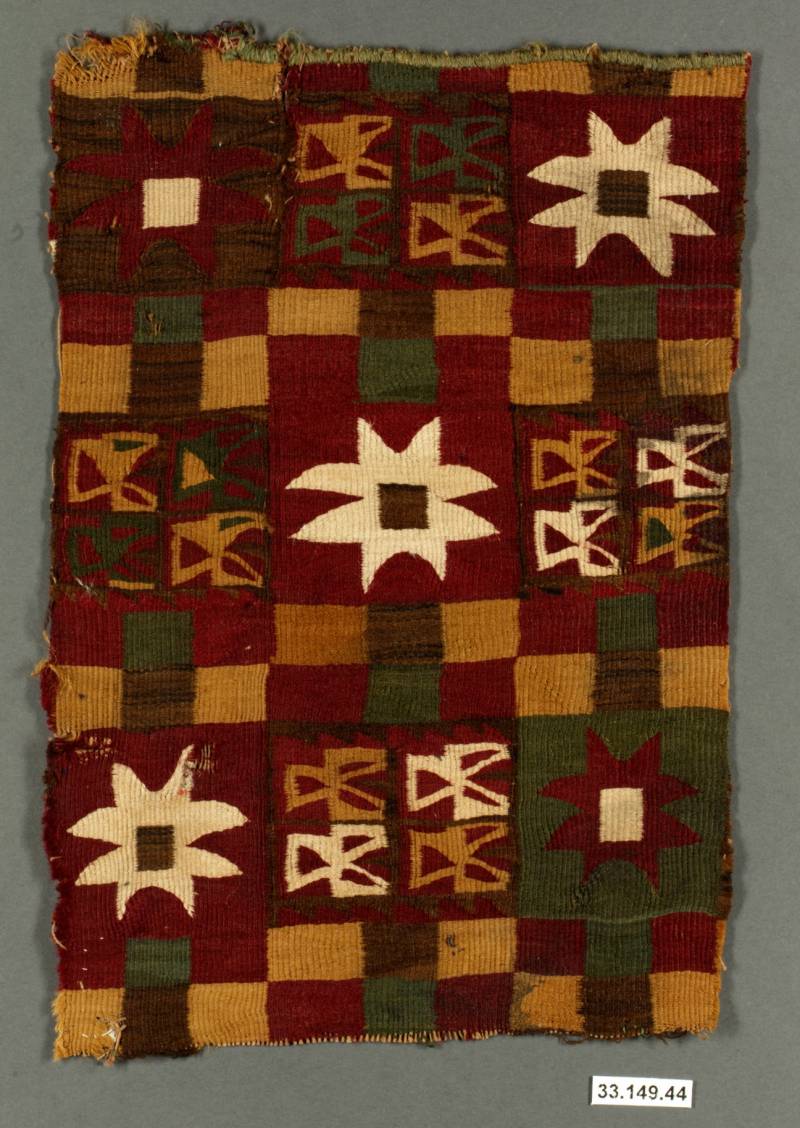 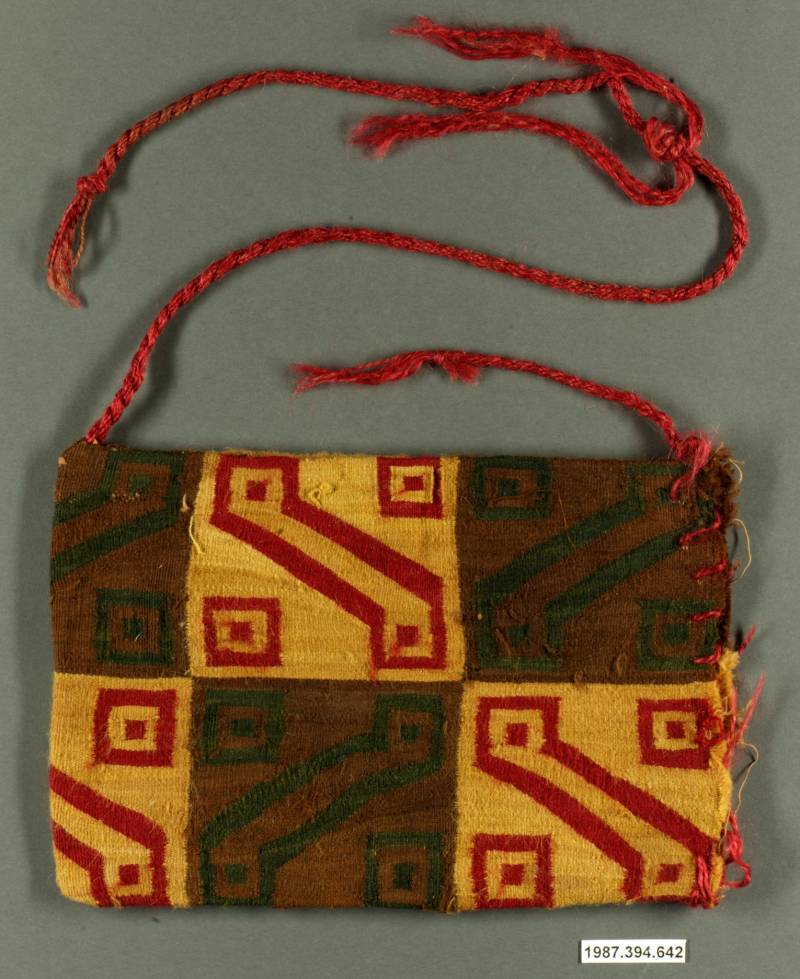 Already at the end of the XIV century, they created a strong and numerous regular army. And conquering the neighboring tribes, the Incas acted not only by force, but also tried to attract their elite to their side. Interestingly, before the start military action, they offered three rulers of the opposing parties voluntarily submit to their authority, and to be a part of their empire, and only in the case of final rejection brought into play weapon. After the victory, the conquered tribes were forced to learn the language of the Incas, and implanted among them their customs and laws. But the local nobility and the priesthood was given the opportunity to maintain their privileged position, and the local religion is not prohibited, although from the losers and required mandatory worship of the Sun god. The Incas well understood the importance of preserving local customs, folk crafts and clothing, and not only did not attempt them, but also created the conditions for the development of local culture. 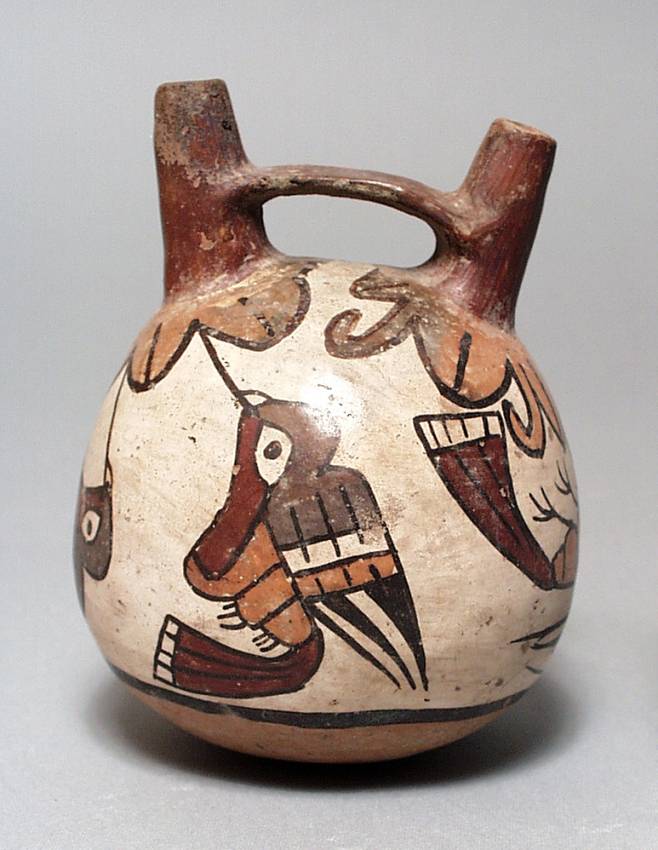 The dishes of the Incas was similar to the dishes of the urine, but still only similar. Bottle in the form of stirrup. Culture of the Nazca. (Metropolitan Museum, New York) 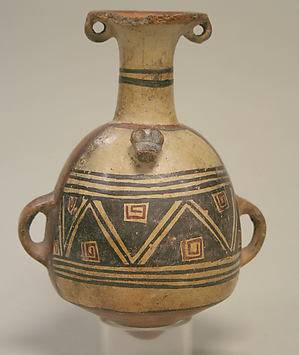 As an example of such cultural integration, one can cite the Indians of the Chonos culture (in present-day Ecuador), who in the 15th-16th centuries smelted copper of very high purity (copper content 99,5%), cast miniature 2 cm axes from it along the sides and 0,5 cm thick and used them as money. However, this "coin" was in circulation along the entire western coast of South America, including the state of the Incas.

Author:
Vyacheslav Shpakovsky
Articles from this series:
The first metal of South America (part of 1)