Comrade migrant, your documents! Germany will sort the refugees

November 12, 2018
35
Germany, before 2020, will re-examine almost 800 thousands of refugee status decisions. This became known last Thursday, when the Bundestag passed a law tightening the conditions for granting asylum. Now, migrants who have previously received refugee status, while confirming their right to it, “are obliged to actively assist the German migration service and provide all necessary documents upon request”. 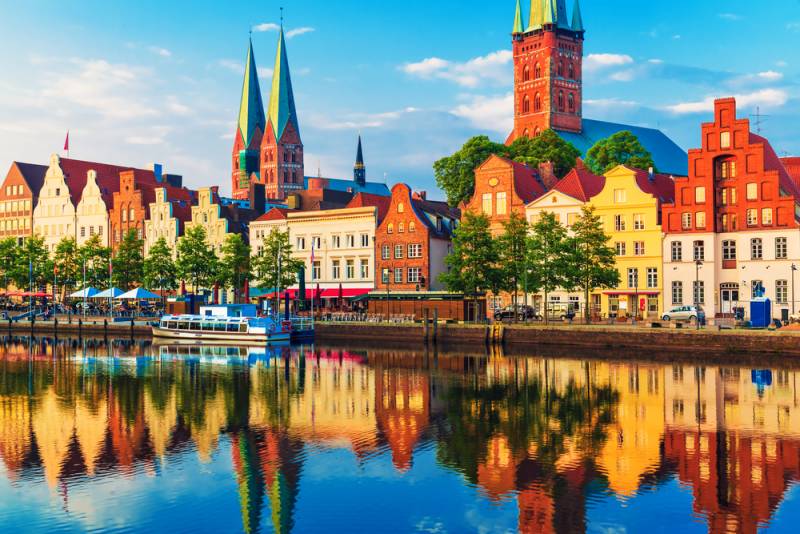 Under the threat of deportation

This change in German law is, if not revolutionary, then certainly a radical one. Two factions of the Left Party Bundestag and the Soyuz-90 / Greens actively opposed him. The remaining four factions (CDU / CSU, SPD, FDP and Alternative for Germany) unanimously supported the new bill.

Its novelty can bring many problems to unwanted migrants. Under the old law, it was enough to obtain refugee status, and then the German bureaucratic machinery came into effect, which, after a three-year monitoring period, almost automatically extended the status of the refugees.

Only general characteristics were taken into account: whether there is a civil war in a country from which a person came, whether he would face torture, the death penalty, etc. Now the migration service will pay attention to the refugee himself. First of all, the accuracy of the documents proving his identity.

The fact is that during the mass influx of migrants in the autumn-winter 2015-2016, the German migration service did not particularly carefully study the identities of the arrivals (it is this category of refugees that now, after three years, it is necessary to confirm their status). Many did not have any documents at all.

New ones were issued under a simplified procedure - exclusively from the words of migrants. They themselves gave the name, surname, country of origin and other initial data, the authenticity of which was often in doubt, especially in the part of the country of origin.

Local media then wrote that even in such a loyal situation for refugees, for example, revealed Pakistanis and Africans, posing as Syrians. To refugees from belligerent Syria there was a special disposition of the German authorities. Some migrants from other countries tried to take advantage of this. Not everyone succeeded. Already in the first year of mass resettlement, Germany deported about 10 thousands of refugees who could not confirm their status.

After this simplified reception of migrants, only fingerprints taken from visitors can be considered reliable. Now you will need to carefully double-check all the original data. If one of the refugees evades cooperation with the migration service, he will face a large fine, imprisonment and further deportation from the country.

Attitudes towards refugees have changed

The attitude of the Germans to the refugees changed quickly enough. Most often, the New Year incident in Cologne, which happened at the height of the influx of migrants, is taken as a point of reference. Then Germany was shocked that people whom the country had provided asylum, protection and shelter, massively robbed, humiliated and raped German women.

The authorities defended the refugees as best they could. Nevertheless, the German prisons were gradually replenished with a new contingent. Now in separate lands migrants make up to a third of prisoners. More often began to occur resonant incidents that cause mass protests of the local population.

So it was in the Saxon Chemnitz, where, after the murder of a German by a migrant, the locals came out with a protest "against crimes committed by foreigners." Passions inflamed grave. During the clashes, two rioters and a policeman were injured. To pacify the people, the authorities were forced to introduce additional police units from Leipzig and Dresden into Chemnitz.

The case in Saxony is explained by the fact that it is one of the poorest lands of the Federal Republic of Germany. People here are inferior in income to their Western compatriots by about 25-30 percent. They more acutely perceive the expenditure of the authorities on the maintenance of refugees. In the eastern lands this fact serves as an additional irritant.

However, not only in the east. The Germans have long considered everything. That's what happened. According to the Federal Statistical Office, in 2018, the average salary in Germany after paying all taxes is 2 302 euros. True, this is without taking into account all sorts of allowances and premiums that are very common in Germany.

On the other hand, the gross salary (before tax) of low-skilled workers does not reach up to two thousand euros. Statistics show that cleaners, cooks and waitresses, for example, receive 1600-1800 euro per month. In addition to them, garbage cleaners, porters, drivers, and janitors earn little.

Of course, the Germans who received refugee status pay significantly less - to every order about Euro 400. However, if you take a family with children (for one child, depending on age, they give out from 240 to 316 euros), the amount is comparable to the income of unskilled German workers. Moreover, the state pays for refugees housing and utilities. From this, their revenues look quite competitive.

Previously, these expenses did not cause much irritation to the Germans. At the expense of migrants, they expected to correct the demographics. The visitors had to support the economy of Germany with their work, replenish its social funds. Only here in recent years, the situation began to change dramatically.

Despite the fact that among the refugees 70% who arrived in Germany, people of working age, they do not chase the work. According to the estimates of the head of the Federal Labor Agency Detlef Shele, only 10% of the new wave refugees were employed in three years. He predicts that over the course of 10 years, 40 percent will also find work.

The rest "came to live on benefits." Formally, they are looking for work. Thousands of people have registered with 482, including migrants attending integration and language courses in this category. 187 more thousand people registered unemployed. Compare these figures with the number of refugees who need to confirm their status, and it will become clear why the German legislators have tightened their demands on them.

This decision matured in German politics. In the spring, Detlef Scheele gave a detailed interview to the Welt am Sonntag weekly and stated there: “Politicians should pay attention to the fact that truly qualified foreign specialists come to the country, and not the untrained workforce. Requirements must be appropriately stringent. ”

Shele was worried that employment centers are now confronted with the fact that most refugees (job seekers) do not have not only professional diplomas, but even a school certificate. The agency was faced with the task of "improving the long-term professional prospects of many beneficiaries, especially unskilled ones."

Such a bleak picture was a response to the policy of Chancellor Angela Merkel, who, with a broad gesture, invited a million-strong army of migrants to Germany. Merkel explained to opponents that the country will replenish with fresh labor. In fact, it turned out that tens of thousands of young (remember the telekartinki three years ago) dependents.

Now they will be sorted on useful and not very. With the adoption of the new law in Germany will begin a political campaign to identify unwanted migrants. It is not excluded that those who really need protection, care and assistance will fall under her moloch.