In Kiev, there were billboards from Poroshenko with an ambiguous slogan

November 11, 2018
63
In Kiev, there were new billboards of the Ukrainian president, Petro Poroshenko, with ambiguous content: “Going out of Moscow view!”, Writes Strana.ua. 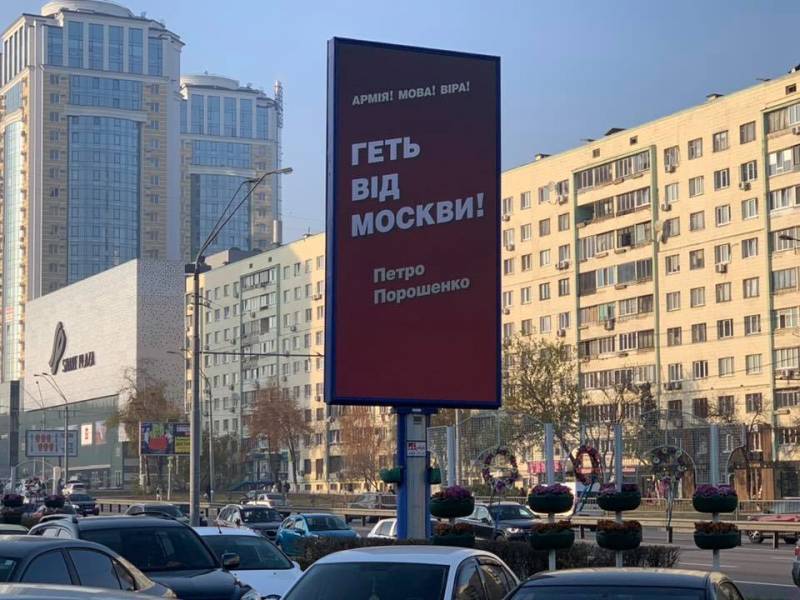 The publication notes that billboards are positioned as social advertising, but in fact they are nothing more than election campaigning.

Meanwhile, this is a rather well-known phrase of the Ukrainian Communist poet 1920-1930 of Nikolai Khvylovy. Moreover, it did not concern the political course of Ukraine, but only answered the question of which samples of the works to guide the revival of Ukrainian literature — Russian or European.

But most of the current Ukrainians, these subtleties are unknown. And therefore they perceived this “social advertising” in their own way - “Hands off Moscow!”.

This sense of the slogan has caused numerous jokes in social networks.

“Hands off Moscow,” as the Kyivans say, are like new social boards of Petro Poroshenko, ”writes user Gorokhovsky.

Another believes that such advertising is the place on the route of the train "Lviv-Moscow".

Poroshenko probably “has something personal to do with it,” the third writes.

“It’s not that I strongly love Moscow, but if Poroshenko says,“ Hands off Moscow! ”, Then I will, as usual, support the president completely free of charge”, the commentator sneers.

“And when the Ukrainian troops were already at the Kremlin’s walls, the commander-in-chief ordered:“ Hands off Moscow! ”, The user wrote.

“It was immediately clear that he (a bad person) is a“ misleading Cossack ”: what Yanukovych could not,“ was instructed to finish it, ”said user Ivan Kravchenko.

Recall, a few days earlier in the Center of Kiev on Malaya Zhytomyr appeared another “provocative” billboard with the inscription: “Let's get our money back from BPP! (Petro Poroshenko’s block) ”. The author of these lines is the Party of Regions of Ukraine. 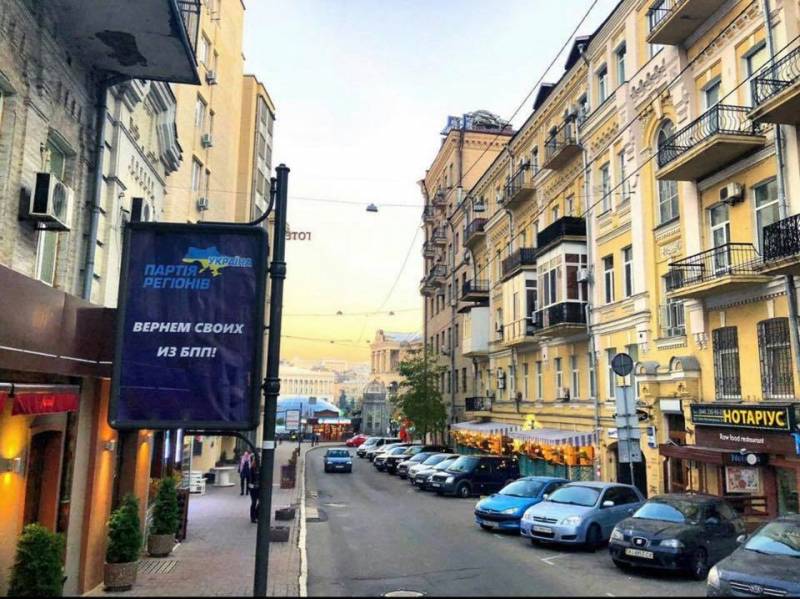