The aircraft carrier "Charles de Gaulle" after the repair, it was decided to send "to the side" of China

November 9, 2018
77
The French Minister of Defense (since 2017, the position sounds like “Minister of the Armed Forces”) Florence Parley made a statement that did not go unnoticed in China. According to Ms. Parley, after the repair of the aircraft carrier Charles de Gaulle of the French Navy, he will be poisoned for combat duty in Southeast Asia, where he will patrol the waters of the east of the Indian Ocean and the "middle" north-west Pacific. In China, it was decided that if the macro region, which Parley claims to be on the world map, be outlined, then the patrol routes of the French aircraft carrier will largely follow the contours of the People's Republic of China. 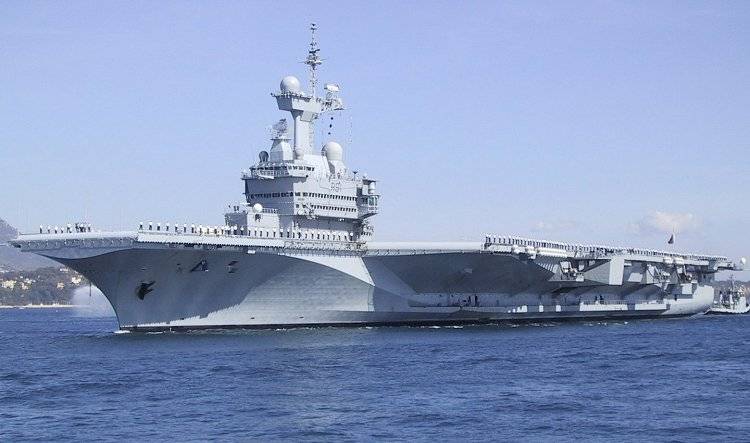 According to Florence Parley, the overhaul of R91 “Charles de Gaulle” (not the first one in the last few years) is planned to be completed in 2019. It should be recalled that for the implementation of repair work the aircraft carrier of the French Navy was put into dry dock in the port of Toulon in early February last year. In September of this year, he returned to sea for the necessary tests.

Chinese journalists asked the Minister of Armed Forces of France why the French aircraft carrier should not be doing combat duty somewhat closer to the French coast, and received the following answer:
It is very important for us to ensure the freedom of navigation in international waters. France stood and continues to defend international maritime law, which is not subject to any restrictions.

The Chinese media commented on such plans of the French fleetcalling the decision of France to choose a place of "patrol" strange and adding that France is trying to show itself as "a great maritime power, in fact, not being such a long time."