Macron voiced the agony of a united West

November 9, 2018
60
The French president made a statement about the urgent need to create Europe’s own armed forces, independent of the United States, with the utmost clarity of their purpose: they "must protect Europe from China, Russia and even the United States." 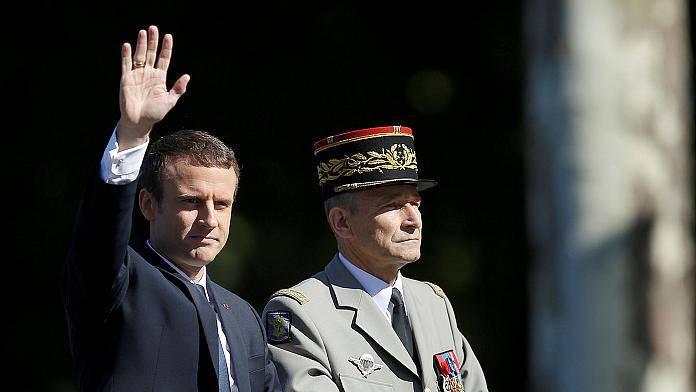 The creation of an EU army has been talked about a lot and often in Europe lately, however, this was the first time this specifics came about. The young French president, directly stating the American threat to Europe, was the first to risk calling a spade a spade.

Recall that over the years the situation is not very pleasant for European allies. The Europeans, loyal to their allied duty, take the most direct part in the wars and conflicts organized by the USA - Yugoslavia, Afghanistan, Iraq, Libya, Syria, suffer losses there and spend huge amounts of money.

And all this is solely for the sake of geopolitical, economic, and even domestic political interests of the United States, which, as it turns out, in these cases are directly opposed to European ones. 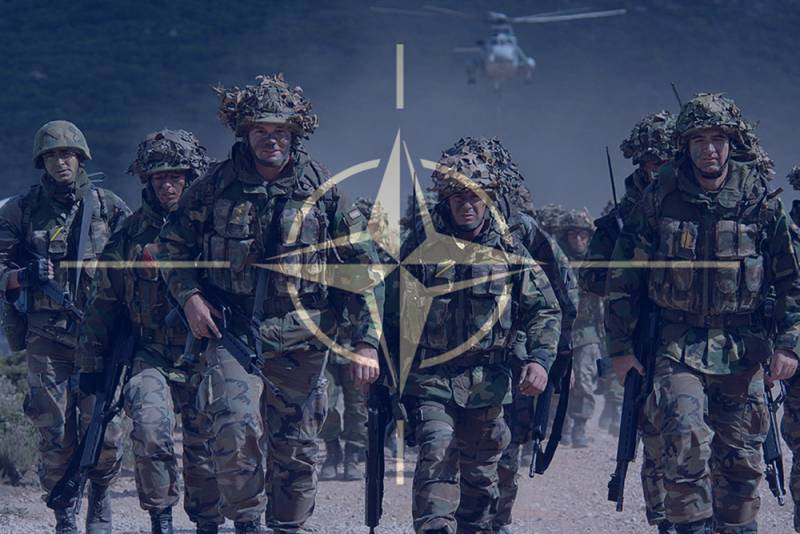 Thus, the war in Kosovo and the strikes on Yugoslavia led to the fact that European cities were flooded under the guise of refugees by Albanian mafiosi - drug dealers, pimps and just gangsters. The war in Afghanistan brought Afghan heroin to Europe, in the distribution of which the “active victims” of Milosevic took the most active part, and the main “gates” of his arrival were surprisingly under the control of the US Armed Forces airfields in Ramstein and Slatina, from which the main “air bridge” is carried out with Afghanistan.

The war in Libya, organized by the Americans and gracefully transferred by them to the shoulders of European allies, led to the fact that the barrier against the mass migration of Africans to the North, which Gaddafi held for many years, collapsed, and the flow of refugees rushed to the shores of Europe. And soon they were joined by immigrants from the Middle East, set on fire by the Americans with the participation of European allies. Much has been said about what Europe brings the migration crisis and what threats it carries, and we will not dwell on this. 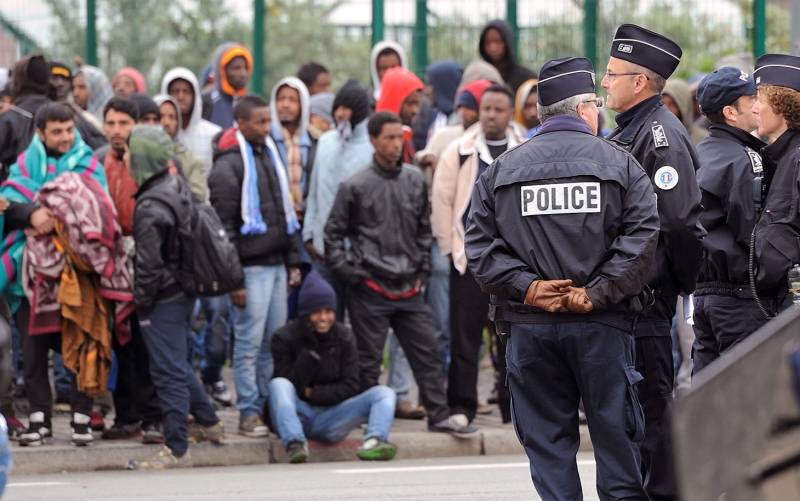 Now, using NATO institutions and direct blackmail, the States are drawing their allies into an even more terrible, deadly for them confrontation with Russia. The fact that the jokes were over was really realized in Europe after Trump's statement about leaving the INF Treaty.

Washington’s move automatically turns Europe into a theater of potential missile warfare between the United States and Russia, diverting some of the Russian weapons from America itself. In Washington, in fact, they do not hide the fact that they intend to fight with Russia in the European theater of war mainly at the hands of the Europeans themselves. Additional confirmation of this is the folding or freezing by the Pentagon of programs to create new tanks and attack aircraft. 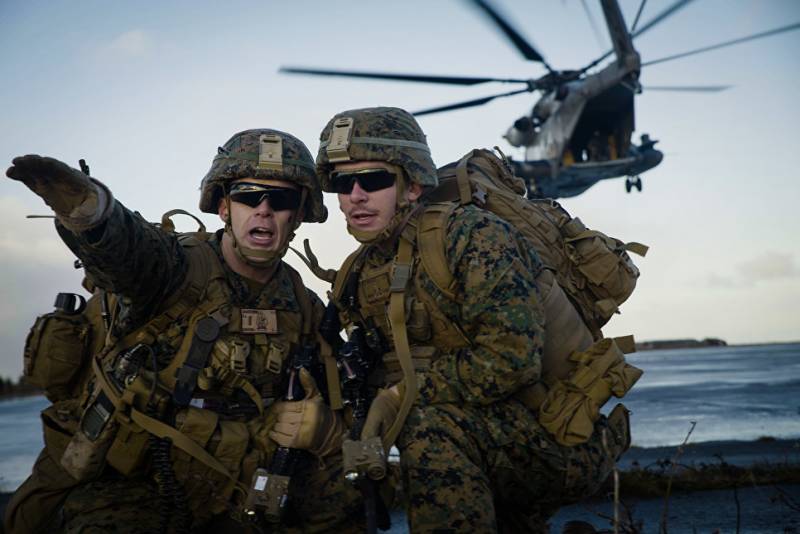 But the matter is not only in hypothetical risks (the war may not start), but also in the fact that the Americans are using the growing confrontation for the final enslavement of Europe, both economic and political. Washington now dictates to Europeans with whom to trade, what to buy, how much and what to spend and even how to live in their own countries.

Actually, it did not start yesterday. As we know, many European leaders have taken steps to counter American dictatorship and uphold the sovereignty of their countries, knowing full well the role of NATO in enslaving European powers. No wonder the great Frenchman Charles de Gaulle, who sought to maintain the prestige of France as a great power, to its independence in solving major issues of European and world politics, in 1966 refused to transfer the French military to the control of the unit and deploy military bases of NATO on French territory of France, arguing that it was unwilling be under the control of the US military. 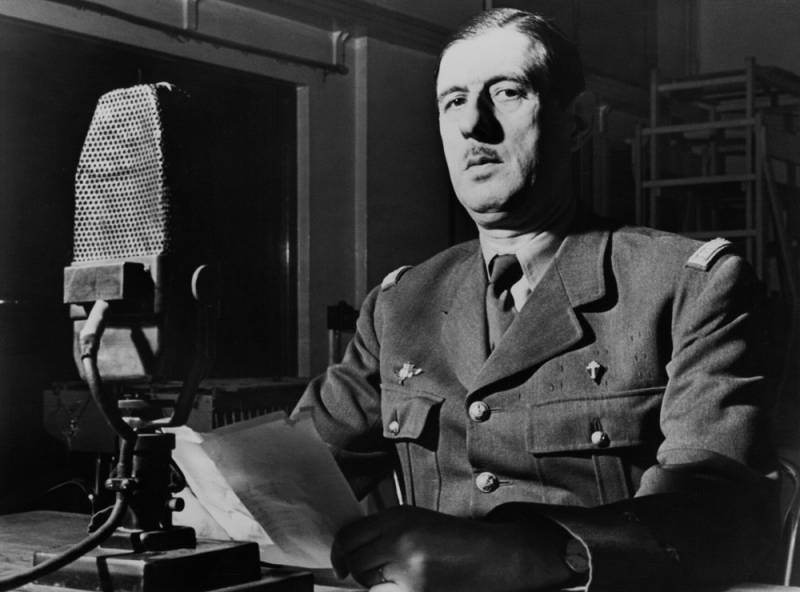 And in the same year he achieved the country's withdrawal from the military organization of NATO. (In 2009, Nicolas Sarkozy, who has a well-deserved nickname "Washington Poodle," fully restored France's membership in NATO).

The American bridle on Europe is multi-layered and intricate. It includes everything: a system of official and secret treaties, economic ties, the presence of numerous compromising materials on the first persons of European politics, the initiation of a political, economic, intellectual elite in secret societies and closed clubs, and much more.

However, Trump himself weakened this bridle, cutting off two of its important components, firstly, speaking against the basic economic principles of globalization, and secondly, actually abandoning the concept of the “golden billion”, making it clear that from now on, only Americans are “exceptional”, and their “election” to Europe does not apply. 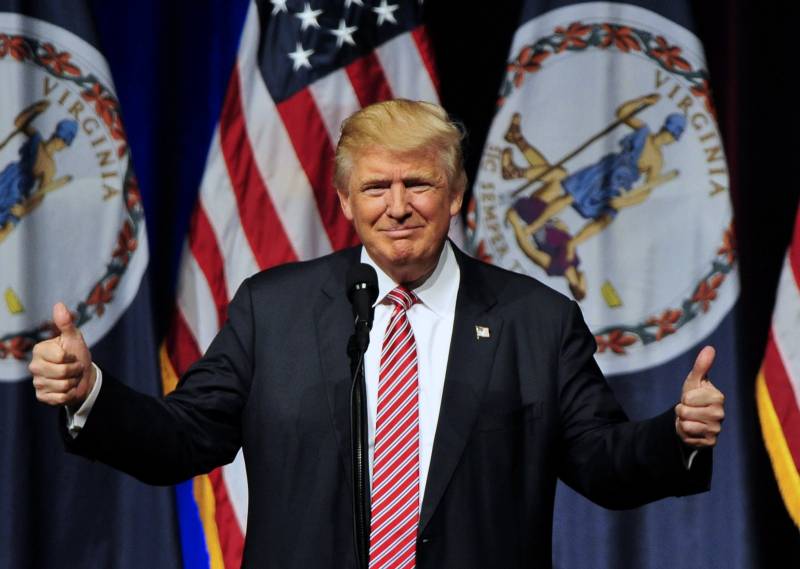 Thus, the current American chapter has brought down the very basis of American domination in Europe, which can now only be ensured through open coercion and blackmail. Even the most pro-American part of the European elite has very dark expectations today. They are well aware that the world order and Western unity completely destroyed by Trump (based on American leadership) will not, of course, recover and even grow together with his departure. And to restore at its own expense a system in which the decrepit United States again finds itself at the top, in Europe there are no people who want it.

In light of this, the United States in the list of threats cited by Macron seems to be the most real threat. Although it is extremely difficult to imagine the possibility of a US war with Europe or even military pressure from America today, the contradictions between Brussels and Washington, above all on an economic plan, are much deeper and more serious than with Moscow, and even more so with Beijing.

Macron is well aware that without the US participation the war of Europeans with China or even with Russia is even more unthinkable than with America, and included China and the Russian Federation in the list of threats, one might say, out of politeness. In order to somewhat soften the anti-American pathos of his speech.

Europe really needs its own army. After all, in addition to imaginary and hypothetical threats, it also has quite real ones. The main one is the migratory onslaught, bearing without exaggeration the danger to the very existence of European civilization. Activities undertaken by the NATO Navy in the Mediterranean are clearly insufficient to stop this flow; missions on the African shores of the Mediterranean are likely to be necessary. 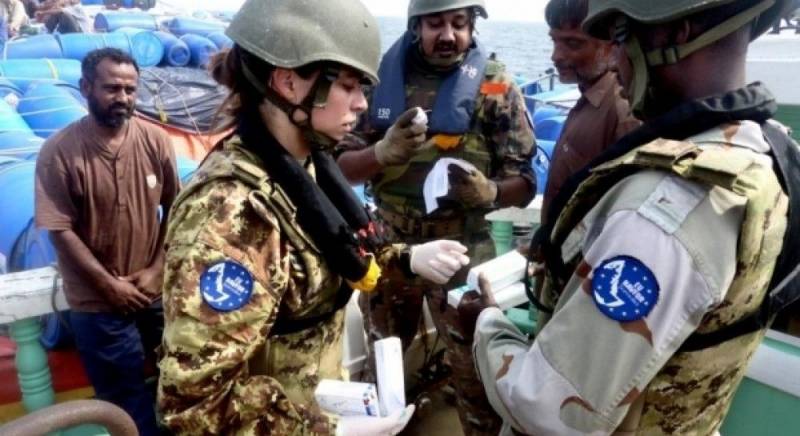 And since the threat is the same for most countries of old Europe, it’s better to solve it, and, most importantly, cheaper, together. Within NATO, this does not work: the North Atlantic Alliance is "sharpened" solely on the solution of American, not European, tasks.

For example, the “United Trident” exercises held in Norway, for which the Federal Republic of Germany deployed 8000 soldiers, participated, identified an acute shortage of not only weapons, but also equipment and equipment, which literally had to be assembled on the bottom of the barrel. The command of the Bundeswehr did not hide the reasons for such a deplorable state of affairs in the army of the most powerful country in Europe. Its forces are literally “racked out” by participation in numerous international missions, that is, American military adventures, which bear nothing to the Germans except losses and expenses. 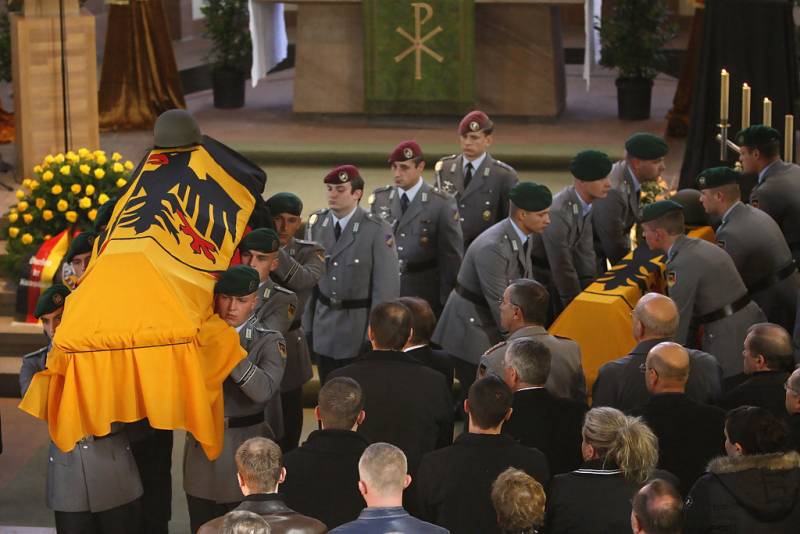 So, the ambitious Macron, clearly striving for a leading position among the top leaders of Europe, challenging the States, and at the same time “Young Europeans” like Poles and Lithuanians, means not only his personal position, but rightly hopes for the support of a number of European colleagues. Most likely, his demarche was coordinated with the leaders of the main EU states, who, perhaps, instructed him as the youngest to challenge Uncle Sam.

Now, after his speech, the ball is on the side of the United States, and in any case they need to somehow react. To soften the situation and stop or at least freeze the growing crisis, Trump and his team need to show the wonders of a political balancing act for which they are clearly incapable. The aggressive reaction to the statement of the French president will further complicate the situation for the Americans. Some actions against Macron personally do not make much sense either, since he is only the spokesman of the underlying processes.

The current situation is extremely favorable for us, if only because the “divorce” of the USA and Europe most likely removes from the agenda the already distinct threat of a new world war.