International day against fascism, racism and anti-semitism. And neo-Nazis are marching with torches.

November 9, 2018
30
Today, November 9, the world celebrates (if such a word is applicable here at all) International Day against Fascism, Racism and Anti-Semitism. 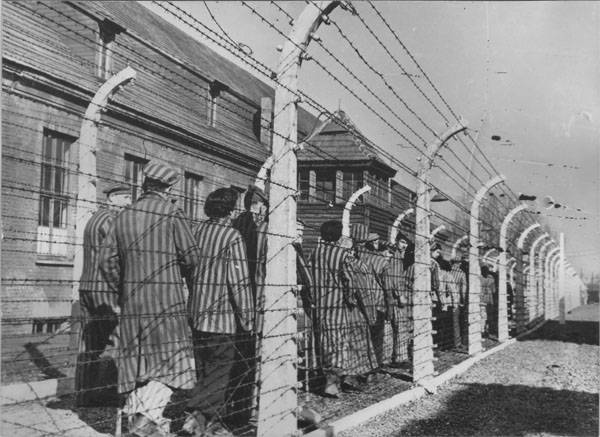 Today is celebrated, and tomorrow is not celebrated ... This is to say that officials from the stands can talk about the problem for several hours “in honor of” the memorable date - the events of November 1938 of the year in Nazi Germany, Austria and the Sudetenland, known as “the crystal night” ". They will talk, and the next day will “safely” forget, not paying any attention to the fact that fascism has long lifted its head in a number of states with so-called victorious democracy.

The situation looks especially blasphemous at that moment when officials in expensive suits discuss the problems of the birth of the Nazi ideology in the first half of the 20th century, while at that time followers of that ideology are marching under their windows. They keep up, arrange torchlight processions, burn books, shout openly fascist slogans. To this, the above-mentioned persons of attention try not to pay. After all, if you draw, then you need to take some measures - at least to give orders to suppress the radicals and to ban their activities in their countries. And this can "violate the freedom of speech" ... This can be perceived as "the violation of European values."

In this regard, it is entirely possible to state that the International Day against Fascism, Racism and Anti-Semitism has now turned into a fiction. After all, one can talk about the need to counter radical manifestations, but all this will remain a talker for one simple reason. In the world, those who at the state level today are not ready to condemn fascism find themselves.

As an example: the United States, Canada and Ukraine, which in the United Nations reject resolutions condemning manifestations of Nazism. What is the reasoning given by the delegations of these countries? The argument is, in fact, amazing. They say that the resolution to condemn Nazism will be supported only if it includes a clause to condemn communism. It is difficult to expect anything else from the same United States and Canada, in whose territory hundreds, if not thousands, of Nazi criminals of various ranks and ranks took refuge after World War II. Many of them quietly lived in their estates to a great old age. Some are still alive.
But here you need to say thanks to the international Jewish organizations that track facts from the biographies of “suspicious” settlers, identifying the wardens of death camps, Nazi executioners. If it were not for such work, many of those who hung people or burned them in furnaces would not have known what criminal prosecution is.

Unfortunately, many other human rights organizations in the world do not have the capabilities that Israeli organizations have. That is why quite a few Nazi criminals, for example, who were not involved in the Holocaust, but in the mass extermination of representatives of Slavic peoples, continue to inhale the aromas of violets in the gardens of their estates to this day. And this is happening precisely because in the world there is in fact no consolidation that could put up an insurmountable barrage against the Nazi henchmen, including their young growth.

In some countries, the absolute norm was not the condemnation of fascism, racism and anti-Semitism, but the glorification of these ultra-radical movements. Veterans of the SS units are walking along the streets of Latvian cities. Kiev Khreshchatyk put up with evil spirits in forged shoes with portraits of Bandera and Shukhevych in his hands. The names of the same Nazi criminals and opportunists now call the streets of Ukrainian cities, previously tearing down the plates previously placed in honor of those who gave their lives in the name of protecting Europe and the world from the brown plague.

Why is the world deaf?

Yes, because for the individual powers that be, flirting with the radicals is a profitable business. In the same Ukraine, representatives of the oligarchy for some time now have become fashionable to have their own "army" with shaved heads and balaclava covering their faces. These nationalist gangs are used not only to, excuse the jargon, squeeze business from a neighbor, but also to administer a new political reality. It was on the bayonets of the nationalists that modern Maidan power was established in Kiev. The obscurantism with the prohibition of language, the suppression of national minorities, the massacre just because a person is not ready to fall on his knees before the masks of Hitlerite hangers-on is the modern “norm” of the neighboring state.

But the international community as a whole does not care. Russophobia often reaches such boundaries when some Western politicians are again ready to bet on the fascists and the Nazis, just to strike at Russia. At the same time, everyone pretty much forgotten how it ended up.

I still want to hope that the International Day against Fascism, Racism and Anti-Semitism will not remain a matter of paper, but will unite the efforts of all those countries and peoples who are not ready to put up with the justification of this destructive contagion.