1 2012 June
54
In the year 1976, with the help of the Soviet automatic interplanetary station "Luna-24", it was possible to deliver lunar soil to Earth, which was taken from depths to 2 meters. In it, scientists found a high water content. Some samples were given by NASA, but the Western scientific community ignored this data. Why?

It is obvious that the existence of any human lunar base largely depends on whether there is water on the earth satellite. Everybody perfectly remembers the epic of the last eighteen years, during which the presence of water on the Moon was established. In fact, this is just another independent "invention of the bicycle." 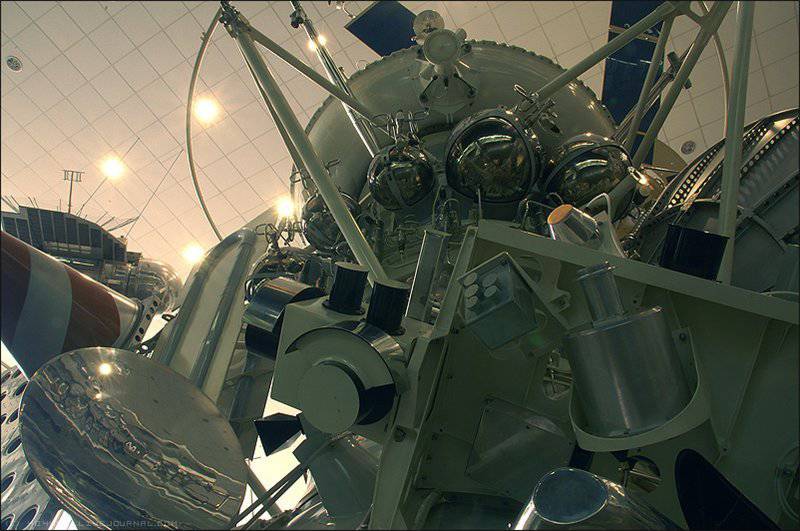 In 1994, the American automatic interplanetary station "Clementine" conducted a radar survey of the surface layers of the Earth satellite, during which there were encouraging, but not entirely clear, results. AMC Lunar Prospector also searched for water, measuring neutron absorption by the surface layers of the moon. Finally, in 2009, the Indian Chandrayaan-1, as well as Galileo, were used to search for water.

What is all this for? After all, on Earth lunar soil abound. For example, Apollo brought about three hundred kilograms of such soil, and a significant part of the samples was lost. American astrophysicist Arlene Crots, a staff member at Columbia University, tried to answer these questions.

Everything is quite simple: scientists who adhered to the 60-70-x opinion that the Moon is an anhydrous celestial body, made the assumption that lunar soil samples that brought Apollo were contaminated after they returned to Earth. This was the only way to explain the fact of water availability where, in the opinion of the scientific community, it was not.

In addition, when the lunar soil was being transported, NASA used not entirely sealed containers, as a result of which the regolith particles fell out, and this made the version believable.

Whatever it was, the development of science occurred at that time not only in the West; The Soviet Union had other views on this problem.

The AMS Luna-24, which made the last soft landing on the Earth’s satellite in 1976 last year, mined the ground, which was delivered by the take-off module back to Earth. Data relating to the weight of the soil varies (from 160 to 170 grams), but this is not the case. This mission, unprecedented and outstanding from the technical side, was the most logical way to check for water on the moon: if there are traces of it, then there is a high probability that they are in the subsurface layers. 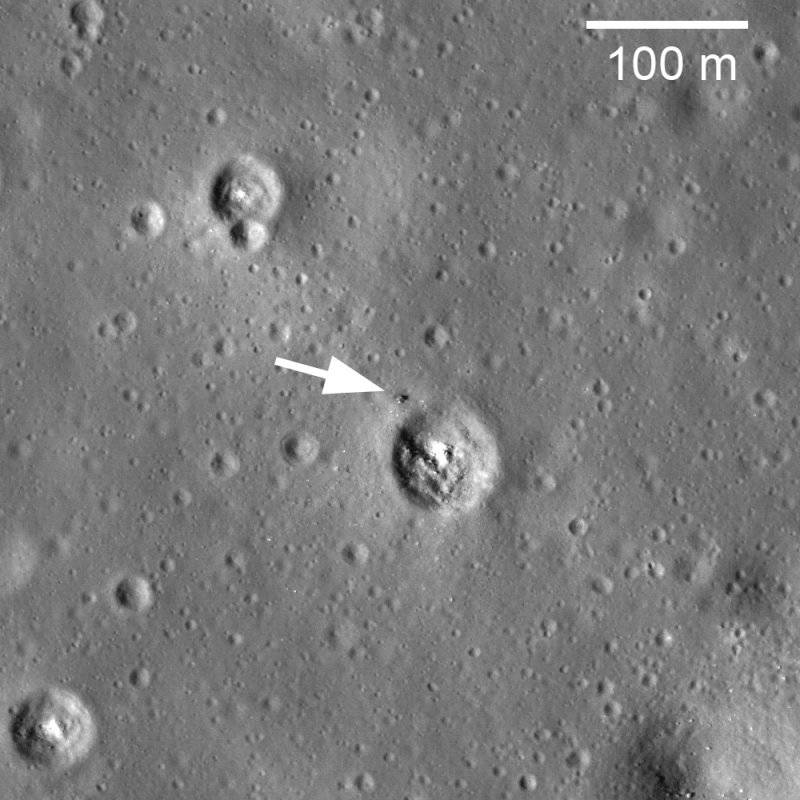 The main part of the AMC "Luna-24" remained on the Moon: it can still be distinguished in the pictures. (Photo by NASA)

Of course, Soviet researchers, using the method of infrared spectroscopy, analyzed the materials and found unambiguous traces of water (0,1% by weight of lunar soil), and the water content increased as the depth increased. Scientists also suggested that earthly contamination of samples with water could hardly have occurred, since regolith does not tend to absorb water from the air.

As a result, it was concluded that there are at least millions of tons of water on the moon. Why "at least"? Because the place (Sea of ​​Crises), from where the ground was taken, is not at the pole, which means not the maximum possible water content, but rather the opposite: after all, at the poles the loss of water by the lunar soil is much weaker.

These research results in 1978 were published in the journal Geochemistry, which also had the English version. However, as it turned out, the West is not familiar with these articles, and if someone read, then nothing is known about this.

According to Arlene Crots, no one quoted the work on the lunar soil, which was brought by “Moon-24”, therefore, “what we don’t know, doesn’t exist for us”.

As Mr. Crotts said, significant progress has recently been made in estimating the average water content in the moon's regolith: while in the West 2006 in the West, water content was postulated in 1: 1 000 000 000, today many scientists believe that there is more water in the ground . This achievement is, of course, valuable, but even in the 1978 year, the materials published in English, said that the water content in the lunar soil is 1: 1 000 ...

However, this is not all: some of the samples brought by Luna-24 were transferred to NASA for further research. What happened to them is an intriguing question. One thing is clear: the Soviet lunar missions did not give science the answer to the question of the existence of water in the lunar soil, despite the fact that the water content was measured and then presented to the world scientific community!