November 7, 2018
34
The Russian government still managed to squeeze the oilmen. All statements about the free market and the refusal of manual control are in the past, and agreements on price freeze apply to the future. Until the end of March 2019. These are the preliminary results of the absentee bargaining, which was initiated during a meeting with the oil industry workers with Deputy Prime Minister Dmitry Kozak. The main thing is that the largest oil companies agreed to the proposal of the Cabinet of Ministers to establish maximum prices for fuel for each region.


In turn, the antimonopoly service (FAS) has done everything to avoid the cartel collusion of oilmen, who in return are practically guaranteed immunity from claims of the tax authorities and the same FAS for deterring prices. Already by November 7, not only a package of measures to regulate the fuel market should be formed, but also a final agreement signed, and a price list agreed on which gasoline will be supplied for sale to retailers - networked and independent filling stations. 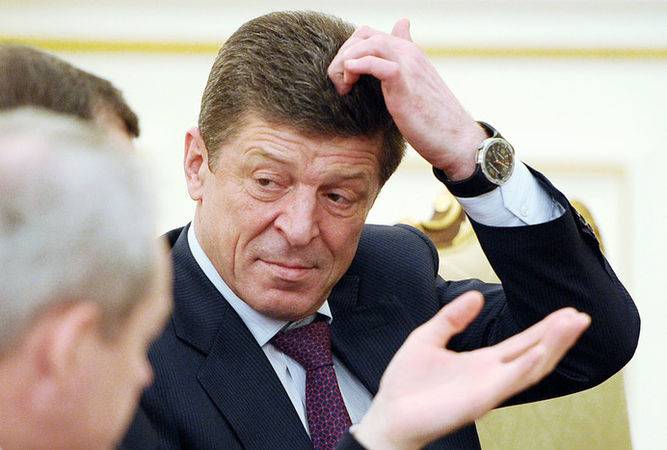 At the same time, it is known that as early as January 1, it is planned to raise excise taxes on gasoline at once by a factor of 1.5, which the government prefers to call “indexation within inflation”. As if we have inflation is not 4-6, and all 50 percent. Given that the excise tax is a little less than a quarter of the final price of gasoline at a gas station, we can talk about raising it by about 5-6 rubles per liter. Interestingly, about the same level of price increases, for 4-5 rubles, and asked the oil industry vice-premier Kozak at a meeting in late October.

However, precisely because of the three-month delay, the jump in gasoline prices may turn out to be much more serious. This “indexing” will certainly help the government to balance the budget, but after that it will hardly be able to keep prices at the summer level of 2018 for a year longer than three months. Exactly as much as the expected agreement with the oil industry is calculated. The point of view of the Accounts Chamber regarding the planned increase in the excise on gasoline by one and a half times is already known. The main control body of the country believes that this "may lead to a sharp increase in fuel prices and require additional compensatory and restraining measures, in addition to those envisaged as part of the tax maneuver in the oil industry."

It is characteristic that the profile deputy prime minister continues to assure everyone that even now there is no question about the manual control mode. “We are not switching to manual control” of the fuel market, an agreement with oil companies on fixing wholesale prices is a necessary measure, ”said Dmitry Kozak on Wednesday after a meeting in the government. According to him, the main idea remains in force, which worked first in May and then at the end of the summer - restraining prices by increasing cheap supplies of fuel to the domestic market.

In fact, we are talking about the fact that no one will really dictate prices in retail, only wholesale prices are planned to be fixed. But, as there is more and more talk of price freezing no longer at wholesale, but directly at the gas station, this causes a well-founded concern not so much among oil giants as retailers. Numerous non-profit organizations, including representatives of the private retail sector of petroleum products in Russia, are already sounding the alarm. There have already expressed bewilderment about the proposal to include them in the agreement on the freezing of gasoline prices.

In the Russian Fuel Union (uniting the retail companies of the fuel market) they believe that the problems in the fuel market of Russia should not be solved by temporary agreements, which, according to the head of the union Yevgeny Arkusha, should not be in the market conditions at all. It is necessary to create conditions for fair competition and apply economic levers that are well known and used well before.

Why they are being abandoned now, it is not entirely clear to specialists, although this strongly resembles an attempt to take both milk and meat from a cow at once. Reducing excise taxes, pegging the ruble exchange rate to the price of oil, raising export duties - these are the levers that can make the supply of fuel to the domestic market no less attractive than export. “It would be ideal to initially implement the tax maneuver in the form in which it was conceived - an increase in the mineral extraction tax, accompanied by a decrease in excise taxes. But this, alas, did not happen, ”says E. Arkusha.

And yet it is precisely at fixed wholesale prices that the domestic market will be filled, where now it will be necessary to supply at least 3 more fuel percent than now. At the same time, as reported by the Russian Fuel Union, oil companies have already been made to understand that they will have the right to sell fuel to retail chains under OTC contracts. And at prices that will enable retailers to maintain the required level of profitability.

In fact, we are talking about the fact that in a number of regions where there are not too many networked petrol stations, a creeping price increase will still take place. And everyone will be able to earn something on this - both a large oil industry, which receives even a small, but a loophole for poorly controlled sales, and independent retailers. This is only one of the relief measures that oilmen have already bargained with the executive branch. After all, besides this, they still managed to fend off prohibitive duties on the export of oil and oil products.

At the same time, due to the need to sell more and more gasoline in the country, export deliveries should drop significantly without a significant increase in duties. In addition, it seems that now there is no threat of an export ban for selected companies suspected of violating the agreements reached. Part of the responsibility for execution will fall on the oil workers themselves, who must inform in time about unreasonable price spikes.

In the office of Deputy Prime Minister Kozak they have already made it clear that no extreme measures will be applied only as long as the agreements are fulfilled. However, if one of the companies violates it, the government will raise duties for all. The fact that the oil industry should be jointly and severally responsible, Dmitry Kozak, this year, speaks simply with enviable regularity.