Can't we learn to "correctly" understand the words of officials?

November 6, 2018
219
The Sverdlovsk official who blew up the information space of Russia, who declared that the state of the youth should not ask for anything, decided to ask for an apology in a peculiar form. Olga Glatskih continues to declare that her words were distorted at all, taken out of context. 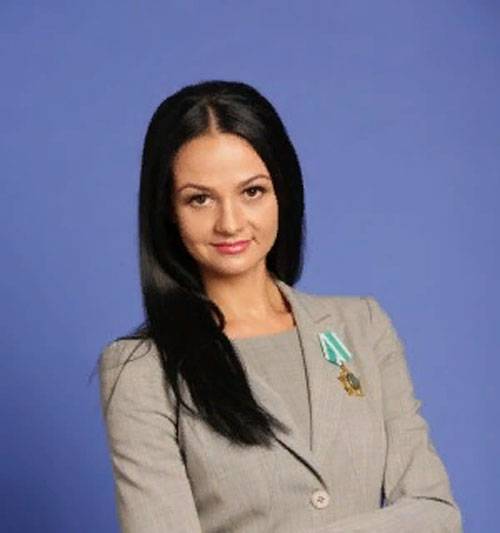 Olga Glatskikh, Head of the Regional Department of Youth Policy, who is an Olympic champion, in an interview with Sverdlovsk publication Oblgazeta stated that in her own words she tried to motivate the modern youth.

Glatskikh for the said edition:
Published phrases: “young people believe that the state owes them everything. No, the state generally owes you nothing. You owe your parents who gave birth to you. The state did not ask them to give birth to you. Everyone knows their rights, but they forgot about their duties ”are taken out of the general content of the meeting and the context of the conversation.

According to Glatsky, she tried to explain to the youth that not only the state, but also the young people themselves and their parents should actively take care of the future.

Official:
This is proved by my own example, when in 15 years I became an Olympic champion, in which my parents undoubtedly deserve, the help of the state and my own hard work.

Further, the Glatskys stated that they recognize "the possible excessive straightforwardness" of their thought that "the state of the youth owes nothing."

Government official of the Sverdlovsk region:
I apologize for such a harsh statement, but from the general context it is clear that this was said only in order to increase the motivation of young people independently and actively develop and invest their own energy and strength in self-establishment, and not only count on the state.

The declaration of a member of the United Russia party states that its annual income is 1,5 million rubles.
Olga Glatsky awards (in addition to the medals of the Olympics and the Russian, European and World Championships): Order of Friendship (2006), Golden Medal of Peter the Great "For Labor Valor" (2004), "For Selfless Labor for the Benefit of Russia" (2004), Order of Peter the Great I degree - for the high sporting results shown at the XXVIII Olympic Games 2004 of the Year in Athens (2006).

The statement by Olga Glatsky, who, although apologized, but very peculiar, continues to evoke a negative reaction in society. And the reason is not even so much in the “single” official as in the trend. One argues that the people could live well on 3,5 thousands of rubles, buying "macaroons", the other declares that the state in the country owes nothing to anyone, the third tells about the incredible increase in wages from the population. In the end, it turns out that people "misinterpret the words of officials, pulling them out of context."

If people who are called upon to deal with issues of youth policy, allow themselves the tone that 29-year-old Mrs. from Yekaterinburg has allowed itself, then it is difficult to say anything at all about the success of the implementation of a single (nationwide) program for youth development and youth support.