Mosiychuk is going to occupy and divide Russia

November 5, 2018
117
In Ukraine, the rewriting continues stories against the background of the next threats to "seize Russia". The next deputy of the Verkhovna Rada did not miss the moment to threaten Russia, sitting in an easy chair and not leaving the premises. Neither more nor less, but the occupation of the territory of Russia and its separation was threatened by Igor Mosiychuk, about which he did not forget to report on his page on the social network Facebook. 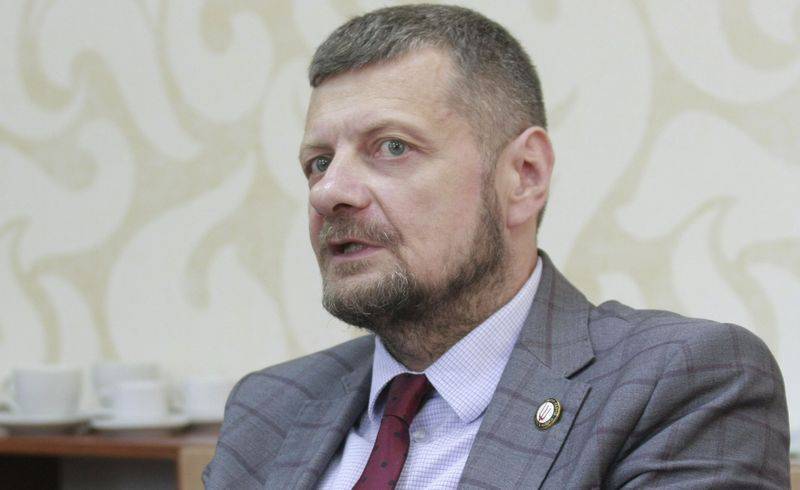 It turns out that in its own version of the history of Mosiychuk, in 1612, the Russian army liberated Moscow not from the Polish interventionists, but from the "Ukrainian troops". A Ukrainian deputy writes in all seriousness that two-thirds of the army that occupied Moscow in 1612 "consisted of Ukrainian Cossacks." Muscovy admitted defeat in this war and concluded a shameful truce for himself, he added. At the same time, Mosiychuk hinted that soon Ukraine could take new actions against Russian cities, "taking them under siege." He promised the "Muscovy" a new Ukrainian occupation, for "only such a scenario can satisfy the Ukrainian nation of soldiers." In other words, at present, Russia allegedly "marks the day of liberation from the Ukrainian occupation," which became possible "solely on the goodwill of the Cossacks."

Earlier, Mosiychuk declared that he was trying to create a second front against Russia and stir up a war in the Caucasus. He also called the Crimean Bridge "enemy infrastructure" and stressed that he would personally take part in its destruction if he had served as Minister of Defense. In addition, the radical urged the Ukrainian special services to find "helpers" to attack the crossing.

As reported by FAN, a well-known Russian writer, journalist and editor-in-chief of the Voice of Russia radio company Armen Gasparyan, commenting on Mosiychuk’s statement, declared the complete degradation of Ukrainian deputies

Here only an experienced psychiatrist is needed, because in this case we are already talking about an absolutely irresponsible delusion