Order in the LDNR will bring Russia

November 3, 2018
42
The comprehensive inspection was triggered by the events of last summer: a sharp rise in prices for fuel and lubricants (prices were set even higher than Russian), then crop failures, which self-absorbed after shouting from above.


Apparently, after the murder of A. Zakharchenko, the patience of the “curators” was exhausted: the complex clearing of the power vertical began. For some reason, it immediately became clear that in the DPR the process of cleansing local elites could hardly be as smooth and quick as in the neighboring republic. As a result, the process, which occupied a little more than a week in Luhansk, has been going on for the third month in Donetsk. 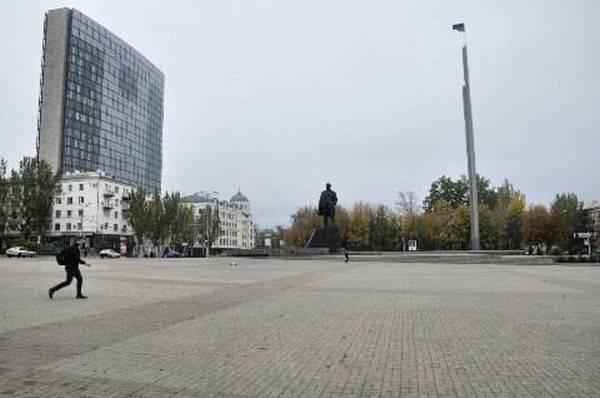 The essence of what is happening 1 November is capaciously stated at the meeting of the Council of Ministers of the DPR new and. about. Chairman of the Council of Ministers Alexander Ananchenko, who informed the ministers (among whom there are also a lot of new faces) that “if fundamental changes for the better are not achieved in the year of their work, then the question of the government’s resignation” will be considered.

The mysterious Alexander Ananchenko, about which it is known only that he previously held the post of adviser in the Vneshtorgservice company (there is not even a normal photograph of Ananchenko, except for the back of the head taken from afar), is definitely connected, if not with the “curators”, then with “BTC”, under the control of which all industrial assets have now passed (that is, also with the Russians). In any case, this candidacy has nothing to do with the local elites and, judging by the wide powers and sharp statements, was pressed from above.

As well as the candidacy of the anointed king Denis Pushilin, who had recently played a significant role in the highest echelon of the republic. Against the background of the obvious (and even somewhat rude) support from the “curators”, the temporary acting director Pushilin actively opposes his predecessors, with whom he had been in complete consensus six months ago.

Pushilin promises people much of what the authorities headed by Zakharchenko have failed to do - open a branch of a Russian bank in the republic, abolish customs between the LC and the DPR, reduce fuel prices and food, and even increase salaries and pensions. In parallel, actions are being taken to eliminate the influence of the surviving members of the entourage of Alexander Zakharchenko. The Republican Guard and various armed formations (including the Prilepin battalion), previously subordinated to Zakharchenko and his staff, were transferred to the subordination of the Ministry of Internal Affairs and the Corps, and the VTS finally oust the Ukrainian oligarchs from the republic, who retained ties with the industrial enterprises that they previously owned, and t dd

It is noteworthy that some of the promises are already becoming reality. On November 1, gas stations in the DPR and LPR lowered the cost of diesel fuel by 7 rubles, 92 gasoline by 6 rubles and 95 gasoline by 4 rubles. Prices are now at the level of Russian. Also, there was information about the increase in public sector wages in November by 20%.

It is clear that all these large-scale shifts and improvements are beyond the power of Pushilin, who, unlike Alexander Zakharchenko, does not have a power or authority resource. To ensure the fulfillment of promises, as well as the post of the head and relatively safe stay on it, can only the so-called curators. Which, judging by recent events, granted the “title” to Denis Pushilin for lack of a more suitable candidate and on the terms of total external management and strict control.

In principle, if Pushilin has to play the role of a wedding general, his candidacy can be considered quite satisfactory, especially since recent friends and colleagues expelled from power will provide additional motivation to comply with the agreements with curators. To be honest, but rudely, for Russia and for the republics there is no difference who exactly will shine on television screens - if only this person adheres to the established framework and does not harm. In principle, exactly the same way, in 2014, they pushed the candidacy of Alexander Zakharchenko, who at the time of the election did not have enough authority or fame to win. It is not clear why the situation in the republic was subsequently taken by chance.

With great delay, but before the people involved in the interaction with LDNR, it finally reached the point that one could form one’s own elites in Novorossia only under conditions of total control and ferocious audit. Otherwise, whatever funds are spent on ensuring social security and restoring the economy, they will all go into someone's wide pockets or be wasted. Russia faced a similar situation in the Crimea: 25 years under Ukraine led to the disappearance of managers as a class, corrupted officials and civil servants, taught businessmen to shady schemes and corruption. All this, of course, is also present in the Russian Federation, but far from such a sad scale.

Let's hope that all these good signs will not be lost in vain.