Poroshenko recalled the "unequal battles with the troops of the NKVD"

October 30 2018
79
Ukrainian President Petro Poroshenko in his congratulations on the occasion of the anniversary of the expulsion of the Nazi invaders from the territory of the country, he spoke about the "UPA soldiers" (organization banned in the Russian Federation), who "died in unequal battles" with the NKVD. 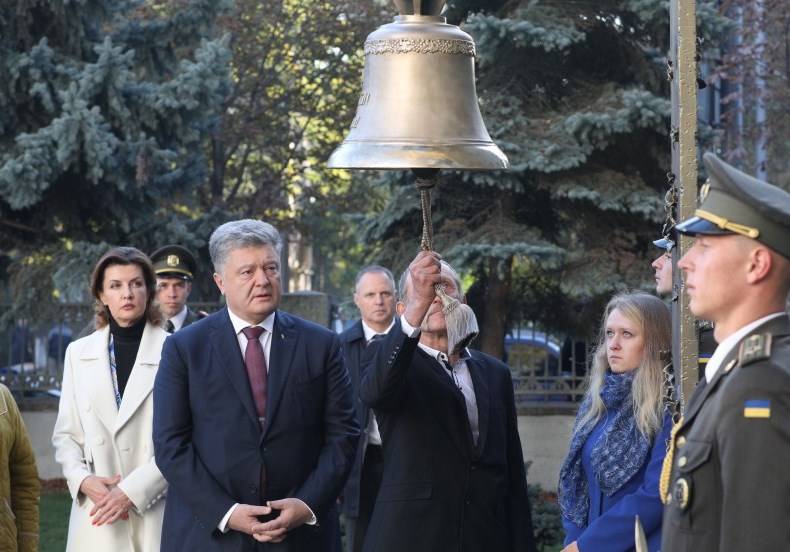 According to Poroshenko, Ukraine in that tragedy has "its own special, sacrificial account of countless human losses." According to various estimates, the country paid for the victory with the lives of "from eight to ten million" people, he added.

However, the Ukrainians continued to die after the accession of the long-awaited peace, the president said.

Thus, the "UPA warriors had a desperate resistance to the Stalin regime, dying in unequal battles with the troops of the NKVD," said Poroshenko, noting personal courage and irresistible strength of the spirit of the "patriots".

According to him, these examples brought up "modern patriots - the defenders of Ukraine."

Today, the gallant heirs of the heroes of the Second World and Ukrainian liberation struggle give a decisive rebuff to the newly-minted Russian aggressors and their minions in the east of the country,
Poroshenko declared.

We note that in recent years, the Ukrainian authorities have been conducting a large-scale campaign to glorify Nazi collaborators and revise stories. Earlier, the Verkhovna Rada adopted a law recognizing the members of the UPA as fighters for the independence of Ukraine, providing social guarantees that have survived to the present time.