October 29 2018
38
A few days ago TASS issued a message from Gazprom chairman Alexei Miller about a sharp increase in purchases of Russian gas by Poland. “Poland is among the leading countries in terms of increasing demand and consumption of Russian gas,” the agency quoted Miller as saying. - For nine and a half months, it increased its purchase by almost 10% compared to the same period of 2017 of the year. Volume reached 8,9 billion cubic meters. For comparison, we supplied so much gas to Poland for the entire 2015 year. ” 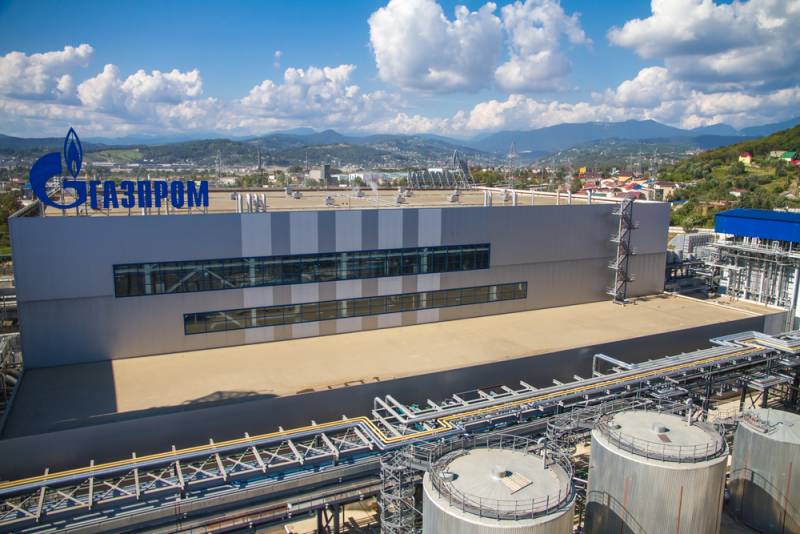 In Warsaw, quarreled over Russian gas

To some extent, this message from the head of Gazprom was a response to the scandal in the highest Polish politician that occurred in October. The reason for him was the speech of the Minister of Foreign Affairs Jacek апaputowicz at the conference “Poland in the light of crises”.

At that event, Chaputovich was asked whether Poland would buy Russian gas from Nord Stream-2? The minister replied diplomatically: “We will buy the cheapest gas, perhaps from the United States, perhaps from Germany.” However, the audience understood everything for sure - it was Russian gas that could come from Germany to Poland.

Experts rated the response of the Polish minister as a cautious attempt to “not hit the pots in relations with Moscow.” As is known, the term of the Russian-Polish agreement on gas supplies signed in 2010 will expire in 2022. That is, the Poles can bravely curse with Russia for several more years and use its inexpensive gas without any problems.

Today, Poland consumes about 15 billion cubic meters of gas per year. It produces one third of this amount in its fields. The remaining 70% of the country's gas balance is covered by supplies from Russia, which, as we see, only grow from year to year. The rejection of the Nord Stream-2, which the Nord Stream 2 AG consortium promises to complete by the end of the 2019 of the year, could create major problems for Poland.

Judging by the new rhetoric of Jacek Czaputovich, they began to understand this in Warsaw - though not all. The ex-Minister of Defense of Poland Antony Macierevich gave a sharp rebuke to the minister who did not lose influence in the conservative wing of the ruling Polish party Law and Justice. “I got the impression that Chaputovich made mistakes in his geopolitical efforts,” Maccherevich said. “Instead of supporting Polish national interests and the security of Poland, he maintains the security of Germany and the security of the German-Russian alliance.” Such an ideological confusion can be very inconvenient and even dangerous for Poland. ”

Another hardliner with respect to Russia, authorized by the Polish government on energy issues Peter Naimsky, agrees with Macharevich. He insists on a complete refusal to do business with Moscow and convinces the Poles that their gas needs will cover the capacity of the Baltic Pipe gas pipeline under construction and the existing LNG regasification terminal in the Baltic port of Swinoujscie.

With Baltic Pipe Naimsky, of course, got very excited. This gas pipeline, which should connect Poland and Denmark, will not be built before the “Nord Stream-2”. The parties are firmly bogged down in the procedures for agreeing on the details of the project, and most importantly, the pipeline under construction should ensure gas supplies from 14 licensed fields in the North, Norwegian and Barents Seas, which have a share of the Polish gas company PGNiG.

There is even more fog than clarity. At licensed fields, the Poles in total produce only 573 million cubic meters of gas per year. PGNiG's promise to increase production to 2,5 - 3 billion cubic meters per year (under the design capacity of the Baltic Pipe) does not make the weather, because it is incomparable with the volume of deliveries of Russian Gazprom. There is still hope for the terminal in Swinoujscie, which is empty today, but it was built for a few other tasks.

Geopolitical wandering between the seas

The gas scandal in the Polish family happened shortly after the third summit of the Tri-Sea Initiative (Three Seas Initiative, TSI), held in September in Romania. This initiative is rightly associated with long-standing Polish ambitions. They go back to the beginning of the last century, when in Warsaw they were dreaming of creating a superstate of Eastern Europe, which would at first absorb Belarus, Ukraine, Poland, Lithuania, Latvia, and then Moldova, Romania, Hungary and Slovakia.

A hundred years ago, Polish dreams were unrealizable. In the new geopolitical conditions, Warsaw recalled its ambitions and began to spud its neighbors under the idea of ​​regional cooperation. The Visegrad Group countries (Poland, the Czech Republic, Hungary and Slovakia), the Baltic States (Lithuania, Latvia and Estonia), as well as Croatia, Austria, Slovenia, Bulgaria and Romania agreed to join the project.

It turned out solid. A new informal association held its first summit in 2016 in Dubrovnik, Croatia. Even then, his goals were split. On the one hand, the participants of “Trimoria” saw their future in the joint development of infrastructure. After all, it still has one vector - from West to East. In this direction are the automobile and railway lines, oil and gas pipelines.

Eastern Europeans would like to deploy the infrastructure from North to South. One of their main wishes was a gas project that would link the existing re-gasification terminals in the Baltic (in Poland and Lithuania) with the LNG liquefaction terminal on the Adriatic island of Krk, which Croatia plans to build.

Polyakov is only partly satisfied with this option. In Warsaw, they see Trimorie, primarily as a geopolitical project, cutting Germany off from Russia and making it difficult for them to interact. This idea was actively supported in Washington. On the second summit of “Trimorie” in 2017, US President Donald Trump specially arrived in Warsaw.

Trump promised the new regional bloc the full support of the United States. True, on the sidelines of the summit, they understood this as support for the geopolitical project of Warsaw. Moreover, not so much against Germany and Russia, as against China and Western Europe, to which Beijing is now tormenting its “New Silk Road”.

At the summit in Bucharest, this has already been said bluntly. The host, represented by the presidential administration of Romania, emphasized that in addition to bringing the countries of Central and Southeastern Europe along the North-South axis in the energy, transport and communications sectors, the Trimore’s real desire to “strengthen transatlantic relations encouraging the US economic presence in the region. "

In Bucharest, they are counting on the financial support of the project by the Americans. After all, everyone understands that the main European donor is Germany (its representatives visited the Romanian summit as observers for the first time, and the FRG even received here the status of the general partner of Trimorje) is unlikely to open its wallet to finance the plans of this regional bloc. There is only hope for the United States.

The fact is that, inspired by the idea of ​​the regional partnership of the country of “Central Europe” (as the German Friedrich Naumann called them long before Trimoria), almost fifty investment projects and business plans worth 50 billion euros sprang up in joy. The poor countries did not master such a sum. In Bucharest, it was possible to raise a general fund only in 5 billion euros.

There were enough resources to launch some projects like the Via Carpatia motorway, which they want to connect the Baltic with the Adriatic, Black and Aegean seas. The main idea of ​​the “Initiative of the Three Seas” - the North-South gas pipeline (as an “energy alternative” to the Russian projects in the Baltic, Black and Adriatic Seas) - has not yet reached its hands.

Investors have doubts about its economic feasibility. There is no certainty that expensive liquefied natural gas from America (the Poles conceived their project under it) will be able to compete with Russian pipeline gas. As we see, these doubts were already manifested in the Polish political elite.

What will outweigh now: the political ambitions of Warsaw, which dreams of becoming an important regional center on the trade route between the East and the West, or economic reasons, which, through increased cooperation, raise the standard of living in the countries of Central Europe?

Much depends on who decides to spend the required billions of euros on Trimorie. It is this investor who will become the main beneficiary of the project, will determine its further political goals. While everyone is waiting. This makes Warsaw nervous and maneuvering, which was recently demonstrated by the Polish Minister Jacek Czaputovich.