Why is Ukraine so important for Russia?

October 29 2018
157
The tragic events in Ukraine, provoked by the countries of the West, once again vividly demonstrated that the West is striving to separate Ukraine from Russia by any means, and Russia, on the contrary, having its own geopolitical interests in Ukraine in its confrontation with the West, seeks to keep it in its sphere of influence. Tearing Ukraine away from Russia, the West gains a serious strategic advantage over Russia in confrontation with it. 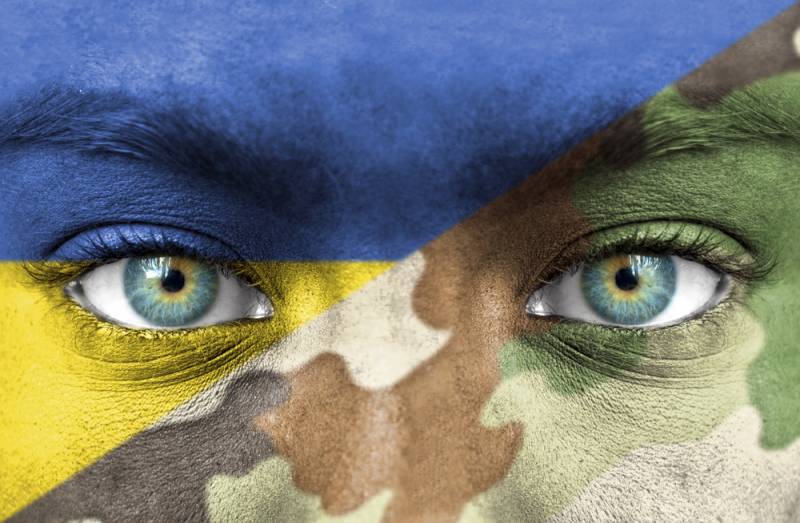 Everything that happens in Ukraine is one of the elements of the global confrontation between the Russian and Western civilizations. Russia is a geostrategic player in world politics and has the ability and the will to exercise influence in the world in its national interests, which, naturally, does not suit the West.

One may ask: where did such a tough confrontation for many centuries between Russian and Western civilizations come from? According to the theory of the conflict of civilizations of Huntington, civilizations cannot peacefully exist and unite. They can only devour one another. Therefore, this is a war of annihilation, in which there can be no reconciliation and no one who is stronger in all respects, he wins. In this confrontation, Russia won the battle in 1917, starting construction of a principled different from Western society, and in 1991 lost the battle, but as a civilization it was not destroyed, because it was based on Orthodoxy, and it was reborn again.

The confrontation of the Russian and Western civilizations is due to history their origin and formation, Western is the successor of the Roman Empire with its own traditions, and the Russian - of the Byzantine Empire with other traditions.

Ukraine is a limiting state at the junction of two civilizations. The fate of such states is unenviable. They can never remain independent. One of the civilizations must absorb them. Therefore, they often act as a bargaining chip in the confrontation of civilizations.

What does Ukraine mean for Russia? In historical terms, a lot. Kiev is the mother of Russian cities. From here came Kievan Rus, here Prince Vladimir baptized the Russian people, and this is one of the centers of Russian civilization.

The invasion of the Tatars tore the Russian people, who from the XIII century turned out to be in three state formations - Vladimir-Suzdal and then in the Moscow princedoms, the Grand Duchy of Lithuania and Poland. The preservation of statehood and the revival of the Russian civilization was possible only in the Moscow principality, two other parts of the Russian people lost their statehood and developed in the Polish-Lithuanian state formations.

Most of the lands of today's Ukraine came under the rule of the Poles, and for more than four centuries they sought to assimilate the Russian people, instilling in them the Polish identity and the Catholic religion. But the Russian people, besides the population of Galicia, sustained and preserved their Russian identity and Orthodox faith, while under the Polish influence a separate Ukrainian branch of the Russian people was formed. At the end of the 19th and beginning of the 20th centuries, under the pressure of the Poles and the repressions of the Austrians, the Ruthenians of Galicia lost their identity, adopted Catholicism in the form of a church union, rejected their Russian roots and became part of Western civilization.

All attempts of the elites of the Dnieper region to escape from the Russian identity always ended in ruins and troubles for the people inhabiting it. Independent statehood did not arise here. It is impossible to consider as such sham states during the civil war, and the unexpectedly presented statehood to Ukraine as a result of the collapse of the Union was used by the Ukrainian elites to build a Russophobic state based on the Galician ideology of Ukrainians aimed at opposing the whole of Russia.

This latest attempt to accept Western identity also collapses, there is a civil war in Ukraine, people on the verge of poverty due to the collapse of the economy and industry, the Nazi terror has been established in the country, precluding any dissent against the authorities. Ukrainian elites are fully controlled by the United States, which is trying to implement a Western project to dismember Russian civilization and give Ukraine the status of not a member, but a satellite of Western civilization, and create a base on its territory to put pressure on Russia.

All Ukrainian elites played and played on the side of the West, doing everything possible to weaken Russia. After the coup of 2014, the main purpose of the existence of Ukraine was the opposition of Russia to itself and the creation of anti-Russia from Ukraine.

In contrast to Ukraine, Russia is an accomplished state with a centuries-old history and traditions of statehood. Russia as a great state can exist only as an empire, as it was in the times of the Russian Empire and the Soviet Union. This status presupposes the existence of a strong state power and the will of the elites and the people to defend their national interests in the international arena, as well as a unifying national idea that aims to achieve well-being for its citizens.

In such a state there should be a developed knowledge-intensive industry, a powerful army, the presence of large territories with loyal and educated population, the absence of interethnic conflicts and the availability of serious raw materials.

The Russian Empire was formed with its own characteristics, it grew not overseas territories, such as the United Kingdom, but by territories and peoples in its suburbs, attracting them with its power and more dignified living conditions for these peoples and their elites. The peoples included in the empire retained their ethnicity, their religion and their way of life.

The empire is cemented by the national imperial idea, and with its disappearance the empire itself also disappears. So, the idea of ​​the Russian Empire was “autocracy, orthodoxy, nationality”. When one of the pillars of the empire, “autocracy”, lost its sacredness in the eyes of the elites and the population, which was facilitated by the weak-willed policy of the king, the destructive actions of the queen and Rasputin and military setbacks on the fronts, the empire fell. The Soviet Union also collapsed because the elites and the people lost faith in the imperial idea of ​​building socialism, which turned out to be unrealizable.

Russia is now trying to revive its greatness, but the national idea has not yet been clearly formulated, and this is holding back integration processes in the post-Soviet space. Nevertheless, Russia returned to the club of great powers, and without its participation many international problems could not be solved.

In addition, a significant part of the Russian people, tens of millions, are cut off and are located in other states, mainly in Ukraine and Belarus. Ethnically, historically, religiously and mentally they are associated with Russia. The West is making titanic efforts to prevent the unification of these countries, territories and peoples. The strength of Russia lies in the unity of the torn Russian people. The Russians of Ukraine and Belarus are ethnically united with the Russians of Russia, they are one people, it’s too much united.

Russia will have to tackle serious tasks in the revival of Russian civilization. Tens of millions of Russian Ukraine, acting on the side of Russia, and not in the camp of the West, would significantly strengthen the Russian position.

On this occasion there is a catch phrase by an American political scientist Brzezinski: "Without Ukraine ... restoring an empire for Russia ... would be an unviable event."

Without the territory of Ukraine, the south-western borders of Russia are bare. The West, naturally, will use this territory to create its bridgehead directed against Russia both militarily and in geostrategic confrontation. The West will use Ukraine and its people as a deterrent to Russia's ambitions, including through the creation of military conflicts on its borders, which is happening now in the Donbas.

The presence of a hostile state on the borders of Russia always creates threats of striking a blow from here in the event of a conflict with the West. Part of the Black and Azov Seas under the control of this state, and seaports can be used by the West to limit Russia's capabilities in the event of a conflict, not to mention the missile bases near Belgorod with a minimum flight time for missiles during an attack on Russia.

The population of Ukraine - carriers of the Orthodox religion. In Ukraine, almost half of the parishes of the ROC. On its territory are the shrines of Orthodoxy - three of the five laurels. 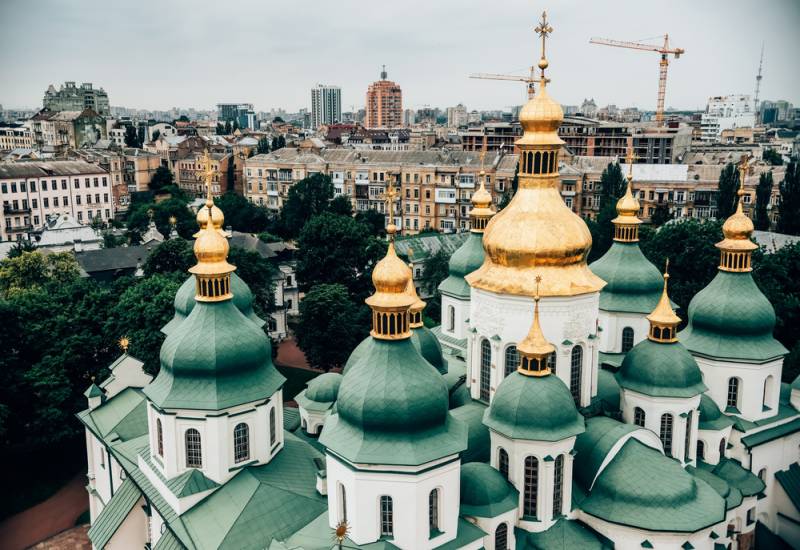 The significant scientific and military-technical potential of the Soviet Union was concentrated here, which has already been largely lost. Nevertheless, there are areas that are still important for Russia.

This is the development of heavy transport aircraft such as "Ruslan", which could not be revived in Russia. Production of ship engines, which only began in Russia to develop and produce, which restrains the launch of ships of the Russian Navy. The loss of the Nikolaev shipyard, the only one on which aircraft carriers were made, also does not contribute to the strengthening of Russia's sea power.

All this suggests that Ukraine is vital for Russia in many aspects, and it is unacceptable to leave it in such a state to which it was brought by Ukrainian elites with the help of the West. In order for Ukraine to return to its historically determined place in Russian civilization, its state foundations must be reformatted; instead of the hostile ideology of Ukrainians, the state must be built on the basis of the ideology of Russianness. Only in such a state can Ukraine be returned to Russian civilization.