Petrol ultimatum or the dictatorship of the oil proletariat?

October 26 2018
256
Gasoline prices in Russia are growing almost always. Now, it seems, should grow again: relatively cheap stocks are running out. And this is despite the expensive oil, as before, despite the fact that consumers have less money, and the heads of financial departments from TV screens and Duma tribunes assure us that there is no inflation in Russia at all. Meanwhile, what is about to happen, with our budgetary and tax rules of the game, could have happened much earlier. And topwar.ru wrote about this more than once. 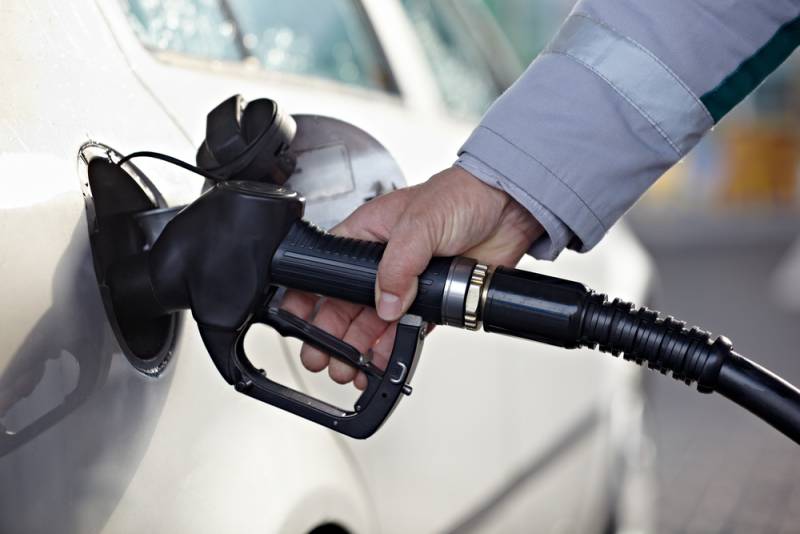 But, as you know, how many do not call the bell, and the fire will have to extinguish the fire. Will it be done now? It is unlikely, compared with the pension reform, a couple of extra rubles to the price of gasoline are mere trifles. People swallow. And some in general - let, they say, drive less. Especially since the summer season is the one who is smarter, has long since closed, and many do not even switch to winter tires, putting the car on the joke. Until next spring.

Oilmen have very successfully chosen the time to talk with the executive power, and no one can prove that it was the government who chose the time and place for the rendezvous. No, Prime Minister Dmitry Medvedev has not yet condescended to the oilmen, sending to meet with them on Wednesday 24 October, like Pushkin’s “his younger brother”. Vice Prime Minister Kozak, also Dmitry, who oversees the oil industry. He seemed to have a hard time, it was necessary not only to state that today the very same fuel crisis, which more than once was able to postpone, was already knocking on the door ...

First, before the final of the world football championship, then before the completion of elections in the regions, finally - until the end of the harvesting campaign.

Dmitry Kozak tried to reassure the oil industry workers by informing them that “the government is monitoring the unstable situation with the price of oil and the ruble exchange rate and wants to get away from manually controlling the market for oil products.” According to the vice-premier, last week, a fairly high level of prices on world markets (for oil. - Auth.) Put pressure on domestic prices for motor fuel, however, the situation has been maintained for now. “We discussed with the oil companies possible options to stop the manual control on the market, the state has various regulatory mechanisms,” D. Kozak said.

And now we must also recognize that the whole thing is not in the growth of oil prices, which, unfortunately, is not, but in what the government itself has done since spring. That is, in the increase in VAT, which hit all, but in oil refining too concretely, and in increasing the mineral extraction tax, which led to a rise in prices of almost all services related to oil production. At the same time, the entire positive effect of the reduction in excise taxes, which was turned in the beginning of summer, has already passed. Firstly, the oil industry itself has eaten it, but also the transfer of a significant part of excise taxes to refined products worked.

It turns out that the tax maneuver, as the experts warned, hit primarily for processing. The factories, having no more opportunities to operate at a loss, in the last three or four weeks have added up to 6 percent to wholesale prices. It is not surprising that the messages from the meeting itself were similar to front-line reports, it was there that the maxim about the bells sounded, it was often said that many gas stations were already working at a loss. Independent gas stations are already forced to raise prices, losing customers, but at least not losing the minimum profits.

After the meeting with the vice-premier, it became clear to everyone that our main oilmen, in any case, would have to somehow keep their word and fulfill their commitments made a few months ago. The market leaders, vertically integrated oil companies, kept prices at the same level as of June, counting not only on the reduction of excise, but also on compensation for the sale of fuel in the domestic market at agreed prices.

It was about compensation among other things that the oilmen spoke with Dmitry Kozak. In response, he recalled support measures that still worked somehow. According to the vice-premier, “various mechanisms for influencing the market were discussed, in case there would be extreme leaps per barrel or a significant weakening of the ruble exchange rate, we agreed on various tools to influence the market, and we are confident that this will allow us to keep the situation in the market. " However, according to experts of the Russian Fuel Union (uniting independent gas stations), at the moment, the measures taken have not only exhausted themselves, but cannot even provide refining operations at the level of profitability.

Meanwhile, the industry is in dire need of modernization, otherwise in Russia there will very soon be an acute crisis of high-quality, environmentally friendly fuel. There is a danger that if the rise in oil prices resumes, refineries will run into an 15-percent increase in customs duties on fuel provided for by law. In the same fuel union, they believe that this may simply “kill processing”, and small refineries will be the first to die. As now, many independent gas stations are teetering on the verge of closure. Interestingly, Alexei Sazonov, the director of the tax department of the Ministry of Finance, fully agrees with the independent experts.

Experts from the Ministry of Energy and the Ministry of Finance, who received more complete information about the meeting with the Deputy Prime Minister, do not consider the situation to be so critical. They remind of the completion of the notorious tax maneuver by the beginning of 2019 of the year, which should nevertheless help to balance the prices in the domestic market with the export ones, which will also avoid fuel shortages. In addition, an official from the Ministry of Finance recalled some damping mechanisms, but has not yet named them.

On the other hand, quite original ideas have been voiced to use the State Reserve bins to fill the market of the bins, to create a state fund where surplus fuel will be surrendered during a period of low demand, and also to introduce licensing of fuel exports. In accordance with the latter idea, licenses will be issued to those who continue to continuously supply a certain amount of fuel to the domestic market. In essence, the proposal is not too different from the practice now adopted by large companies for the mandatory sale of part of the fuel in the domestic market. But through the exchange. Which for some reason does not really listen to the instructions of the officials ...