October 25 2018
28
The Turkish Ministry of Defense has disclosed plans to deploy the Russian C-400 anti-aircraft missile systems on its territory. According to the Minister of National Defense Hulusi Akar, the deployment of the C-400 ZRS will begin in October 2019, the Milliyet newspaper. 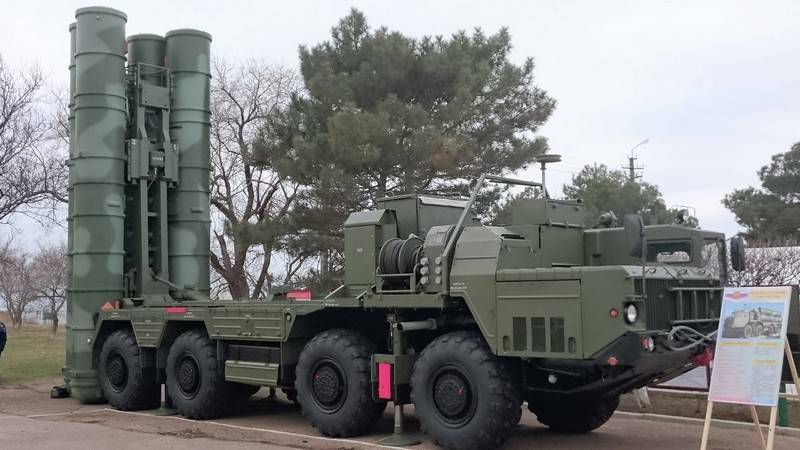 According to the minister, at present in Turkey there is a stage of selection of personnel, which in the future will serve the Russian anti-aircraft systems. The selected military personnel at the beginning of 2019 of the year will go to Russia for training, so that by the time of the deployment of the first complexes in October 2019 of the year, be fully prepared for operation of the C-400.

In addition, Acar once again "reassured" the US and Europe by acquiring Russian C-400 systems, Turkey is not going to cause them concern, but is acquiring systems because of the need to own modern air defense systems, since the United States and Europe are not going to sell their .

Earlier it was reported that the production of C-400 air defense systems for Turkey should be completed in May 2019 of the year, after which deliveries will begin, although the beginning of the 2020 of the year was called the initial timeline. The postponement of delivery occurred after the personal request of Turkish President Recep Tayyip Erdogan.