Aircraft with the symbolism of the Luftwaffe crashed in the US

October 24 2018
64
An unusual flight incident occurred in the United States. The American single-engine T-6 Texan with the symbols of the Luftwaffe caught fire on the highway in the city of Agoura Hills, north-west of Los Angeles. Reported by the Los Angeles Times. 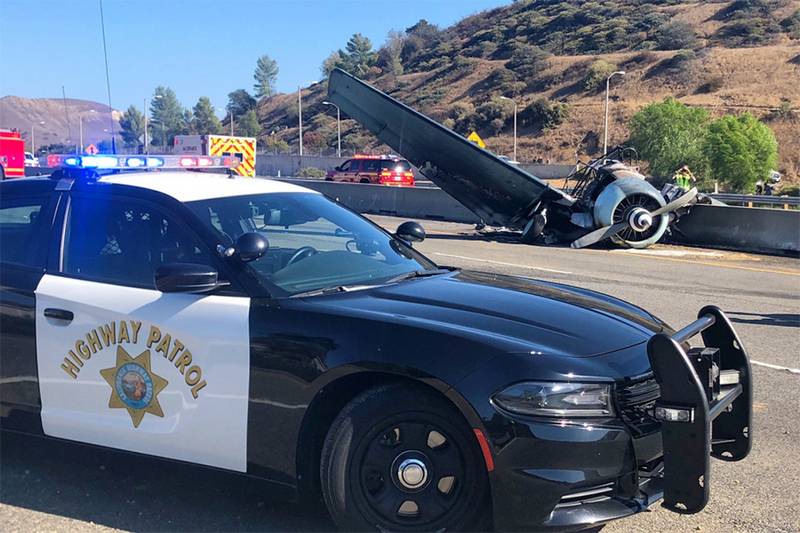 According to the publication, the 43-year-old pilot Robert Sandberg performed a training flight. Upon hearing that the aircraft engine began to fail, the pilot issued an emergency warning about the accident and attempted to land the aircraft on the highway. Landing on the least loaded area went well, but when I tried to turn away from a closely located car, the plane swerved and touched the separation bump with a wing, and then caught fire. 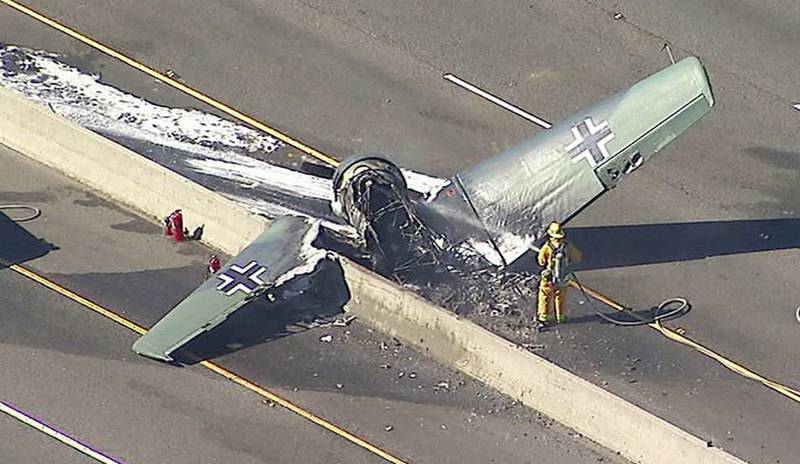 According to police captain Johnny Starling, the pilot managed to leave the burning plane. The highway in the area of ​​an unusual accident was blocked, after which the crews of the firefighters who arrived at the scene extinguished the remains of the aircraft. During the incident, no one was hurt.

According to authorities, the accident crashed a light training aircraft North American T-6 Texan, which was used to train pilots in the United States and Great Britain during World War II. The plane belonged to the nonprofit organization Condor Squadron, which runs military museums aviation and conducting flights of restored aircraft during parades and events in memory of US Air Force veterans.