October 24 2018
13
The company ZALA AERO, part of the Kalashnikov Concern, in the framework of the XXII Interpolitech-2018 International Exhibition of Security Equipment of the States, which opened at the Exhibition of Economic Achievements in Moscow, presented a radio-electronic module designed to suppress the GPS / GLONASS satellite navigation systems at a distance of 5 km, according to the website "Kalashnikov media". 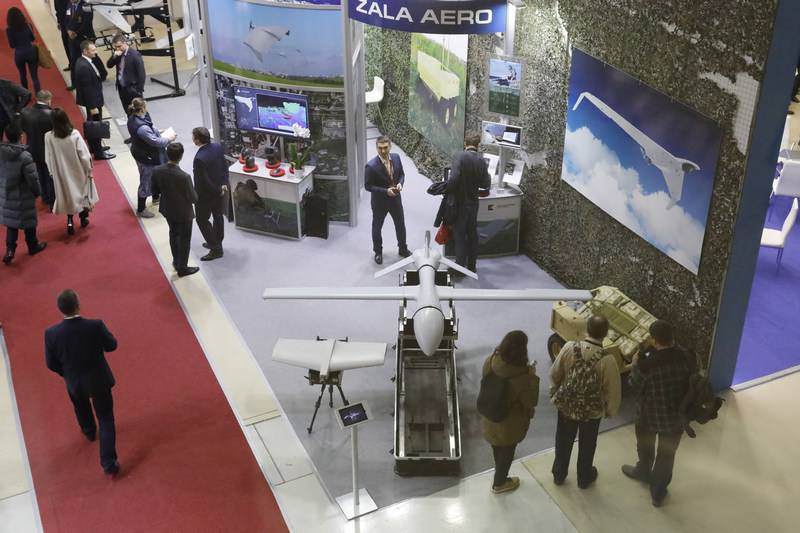 According to the company, the compact module is located in the wing of an unmanned vehicle, after starting the module completely suppresses the signals of satellite navigation systems within 5 radius of kilometers, and also blocks the operation of all devices that use satellite navigation signals in their work.

The company noted that this development is intended for use by employees of law enforcement agencies and special-purpose units to neutralize the corresponding equipment used by the enemy. The system has already been tested and has proven its effectiveness.

It should be recalled that the company "ZALA AERO", part of the concern "Kalashnikov", creates unmanned aerial vehicles, intended primarily for reconnaissance. At the same time, the company independently develops modules installed on UAVs. Earlier, the company created an anti-drone gun REX-1 and a portable device ZALA ZONT, ​​which suppresses the signals of satellite navigation systems (GPS, GLONASS, BeiDou, GALILEO) within 2 kilometers, ensuring the safety of ground groups from kamikaze drone-attack and removing the exact coordinates of the group.