October 24 2018
4
For obvious reasons, a significant number of publications on the topic of defense, security and military policy are published in English. However, the Russian-speaking public does not stand aside and gets the opportunity to get acquainted with the materials of interest, even with a certain delay. A few days ago, the Russian version of the SIPRI yearbook “Armament, Disarmament and International Security” was published for 2017 a year. At the same time, the original book was supplemented with a Special Appendix for authorship of Russian specialists. 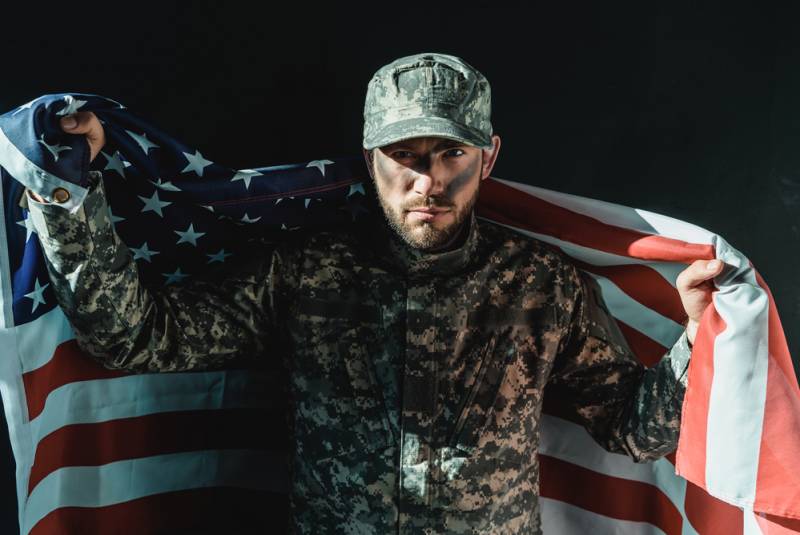 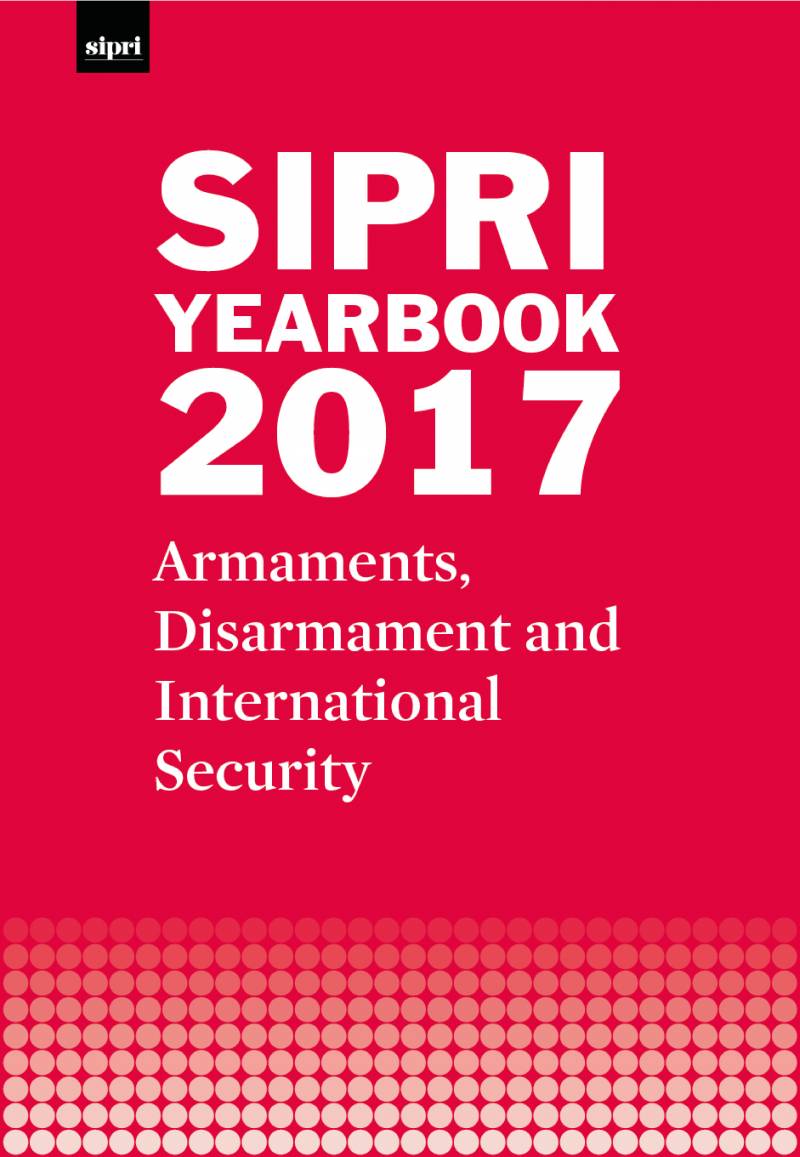 The yearbook with the application is distinguished by a substantial volume - over 770 pages. The SIPRI book itself contains 15 chapters in the 4 sections, not counting several supplement articles, prefaces, etc. These sections and chapters contain all basic information about the processes in the field of international security and the military-political sphere that took place in 2016. As always, the introduction of the yearbook describes general trends and issues, followed by a detailed discussion in different parts and chapters.

The introduction to the book is followed by the chapter “Armed Conflicts and Peace Processes”, opening part I “Armed conflicts and their settlement”. The chapter examines the problems of the 2007-2016 wars, the situation in Colombia and the specifics of conflicts involving Islamic armed groups. In addition, a separate article was devoted to the Global Peace Index for 2017 year.

The next chapter is about conflicts and the overall situation in Africa and the Middle East. It provides an overview of the 2016 events of the year; discusses the processes of dealing with major terrorist organizations; and the military expenditures of Middle Eastern and African countries are being investigated.

The fourth chapter is devoted to European security. The authors of the articles draw attention to the growing instability in the region, consider conflicts in the countries of the former USSR, and also study the situation in Turkey. In all cases we are talking about 2016 events of the year.

The head of 5 is called "Peacekeeping Operations and Conflict Resolution." A brief overview of the situation in this area is followed by detailed articles on global and regional trends, as well as on specific events. An article is published on the protection of civilians in armed conflict. As an example, it takes events in South Sudan. Finally, a summary table of peacekeeping activities in 2016 is presented.

Part II of the book is devoted to security and development in 2016. It contains three small chapters. For certain reasons, the full texts of these chapters were not included in the Russian edition of the yearbook, and only notes with a brief overview of the situation remained from them. The second part of the book discusses the preservation of peace and the problems of sustainable development in dangerous places; crisis response and forced displacement in unstable conditions; and the relationship between climate change and armed conflict.

Part III is the simple and clear name "Military spending and weapons, 2016." It starts with the heading 9 "Military spending." Together with a brief overview, the chapter contains five separate articles on various topics. The authors of SIPRI consistently reviewed global trade trends. weapons, separately studied the expenses of the United States, assessed the impact of the “oil shocks” on the arms market, and also carried out “Prolongation of military expenditures by SIPRI”. The last article in the chapter is devoted to transparency of military spending data.

10 chapter describes the international arms trade and the dynamics of its production. Experts studied the actual trends in the arms trade in 2016 year. Then the issues of the supply of arms as military aid and the transparency of such supplies are considered. Two more articles are devoted to the value of exports of countries, as well as the production of goods and the provision of military services.

11 chapter touches "The nuclear forces of the world." The 9 articles consistently examine the nuclear potentials of a number of countries. The nuclear weapons of the USA, Russia, Great Britain, France, China, India, Pakistan, Israel and the DPRK were studied. Also in the chapter there is a separate article on global stocks and the production of fissile materials in 2016. The chapter closes the chapter “Nuclear explosions in 1945-2016's.”

Then follows Part IV, "Non-Proliferation, Arms Control and Disarmament." 12 chapter is devoted to the control and non-proliferation of nuclear weapons. It discusses Russian-American cooperation in this area, international projects to strengthen security, as well as initiatives and multilateral treaties in the field of nuclear weapons. Another article is devoted to the implementation by Iran of so-called. comprehensive action plan.

The last chapter is called “Control in the field of trade in arms and dual-use goods”. It contains articles on the arms trade treaty and the multilateral embargo on the sale of weapons and dual-use items. We consider the export control regimes, as well as developments in the field of control over trade by the EU forces.

The three supplements to the yearbook contain agreements on arms control and disarmament; international security cooperation organizations and the 2016 chronology of the year.

The special supplement to the yearbook "Armament, Disarmament and International Security" from the Institute of World Economy and International Relations of the Russian Academy of Sciences is divided into three parts: "Analytical articles, forecasts, discussions", "Scientific expertise" and "Documents and reference materials". The volume of the application is inferior to the main book, but is of no less interest.

The first part of the Special Annex contains articles on “Erosion of strategic stability”, problems of multilateral nuclear deterrence, features of the US Nuclear Review 2018. There are also materials on the nuclear potential of the DPRK and its influence on the situation in the region; problems of the fissile material cut-off treaty and the European security crisis.

The second part of the annex includes articles on the evolution of the Shanghai Cooperation Organization; relations of China, India and Pakistan; conflicts in the Middle East and Syria; as well as changes in the Russian State Armaments Program. Then comes the third part with an overview of the main documents of Russia in the field of national security, defense and arms control. It discusses the laws and regulations in force in 2017.

The content of the yearbook opens with the introduction of the authorship of SIPRI Dan Smith. He reviewed the 2016 year and made general conclusions about his accomplishments and challenges. In addition, he compared 2016 year with the previous one, which also led to certain conclusions. Finally, the introduction of the new book contains a summary of all the main articles, indicating the main trends and problems in the period under review.

D. Smith writes that the year 2016 did not bring any major changes in the field of international treaties. At the same time, this year the negative phenomena in the international sphere were compensated by the fact that the existing agreements continue to function and cope with their tasks. However, there were grounds for concern about the further development of the situation and the long-term perspective.

Overall, in the 2016, none of the major problems that adversely affect security and international stability were resolved. Armed conflicts continue in a number of regions, although in some cases positive trends are emerging. Thus, the scale of wars in the Middle East in 2016 year decreased in comparison with the previous one. However, conflicts do not stop, and in some of them foreign states intervene, pursuing their own interests.

The director of the Institute notes that there were some encouraging processes in 2016, but the overall situation has not improved. All major global security and peace indicators have deteriorated. Military spending and trade in armaments grew steadily. The development of military technologies has intensified, and the number of armed conflicts has increased.

D. Smith also writes that in 2016, several uncomfortable questions appeared on the agenda. First of all, the question arises about the gradual loss of achievements in building peace, obtained shortly after the end of the Cold War. In addition, there is a risk that the leading countries of the world, entering into competition with each other, will not be able to join forces to work together to solve problems. The director of SIPRI believes that interest in international institutions has decreased in the USA and European countries. The course to protect their own interests may be an additional destabilizing factor.

Separately, D. Smith mentions the interaction of man and the environment. In connection with the influence of man on nature, the current geological epoch is proposed to be called anthropocene. The concept of this era has not yet been fully formed, but, as SIPRI believes, it must be taken into account when studying issues of peace and security. Protecting nature from the negative impact of man requires the joint efforts of many countries. The leading states again entered into serious competition, and against this background, a proposal for cooperation may be useful.

In the field of arms trade, according to SIPRI, growth trends persist. In 2016, the planet’s total military spending reached 1686 billion US dollars - 0,4% higher than in 2015 year. At the same time, the record for trade volumes after 1990 has been updated. In 2012-16, the total volume of transfers of military products increased by 8,4% compared to the previous five-year period and exceeds the performance of any other five-year plan since 1990. At the same time, sales of hundreds of the world's leading defense enterprises fell by 0,6%. This means that 100 leaders are reducing their presence in the market, and manufacturers are gradually taking their places from outside the first hundred.

For certain reasons, the Russian version of the SIPRI yearbook “Armament, Disarmament and International Security” is published with a noticeable delay regarding the original book. As a result, the Russian-speaking audience, who prefers localized publications, only at the end of 2018, has the opportunity to become familiar with the peculiarities of the international situation in 2016.

However, this situation has some advantages. In the first place, unlike the original version, the translation of the yearbook is available to everyone for free. In addition, the book is accompanied by a Special Appendix from the specialists of the Russian Institute of World Economy and International Relations of the Russian Academy of Sciences, prepared already this year on the basis of current data. It should also be noted that the reader, studying last year’s yearbook, can compare the conclusions and predictions of his authors with further developments in real life.

There is an opportunity to consider not only the situation in different areas, but also to see the views on it, as well as to study the assessments that are relevant to the recent past. Such a study of the situation in the world, various events and reactions to them may be of great interest.

The Russian edition of the annual Stockholm Institute for World Studies comes out with a certain delay relative to the original version, but this does not make it less valuable. The translated edition of the book “Armament, Disarmament and International Security” for 2017 year is recommended for reading to anyone interested in issues of strategic security, international relations and sales of military products.

The Russian edition of the annual SIPRI with an attachment from the IMEMO RAN:
https://imemo.ru/index.php?page_id=645&id=4276