Exit DRCMD: the funeral of a new world order

October 23 2018
32
Donald Trump's statement about the need for the United States to withdraw from the Treaty on Intermediate-Range and Shorter-Range Missiles (INF) on the eve of the visit of his assistant John Bolton to Moscow is likely to be a “homework” for him. The fact that Washington has not yet engaged in the official procedure for withdrawing from the United States Children's Day (and is spelled out in the contract) suggests that this may be a traditional attempt at blackmail for the current leadership of the United States, or, as the White House itself calls it, “preparation for dialogue. 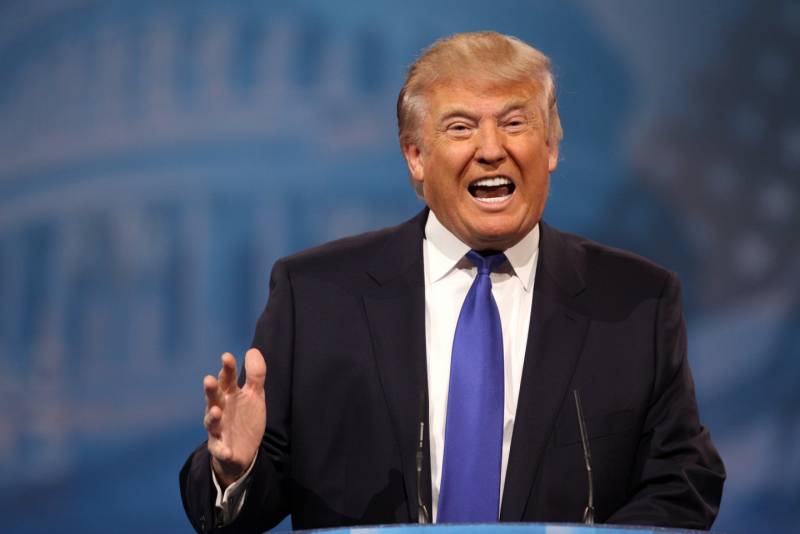 There is no guile here: for present-day American diplomacy, it is common practice to begin negotiations with threats and “raids” in the hope of making the partner in the “dialogue” more accommodating.

However, it seems that this reception from Washington again did not work. In any case, after Bolton arrived in Moscow, representatives of the highest authorities of the country declared that if the United States did decide to withdraw from the treaty, the retaliatory steps of Russia would immediately follow.

In particular, the press secretary of the Russian president, Dmitry Peskov, said that scrapping the provisions of the Treaty on the Elimination of Medium and Short Range Missiles would force Russia to take measures to ensure its security.

“If you carefully re-read various speeches and interviews of the president, he has repeatedly said that breaking the provisions of the INF Treaty forces Russia to take measures to ensure its own security, because what is the breakdown of the INF Treaty? This means that the United States is not only veiled, but also directly starting to develop these systems in the future, and if this system is developed, then action is needed from other countries - in this case Russia, to restore balance in this area, ”said Peskov.

And the head of the Duma defense committee, Vladimir Shamanov, noted that Russia has sufficient scientific and technical reserve to respond to any enemy action. 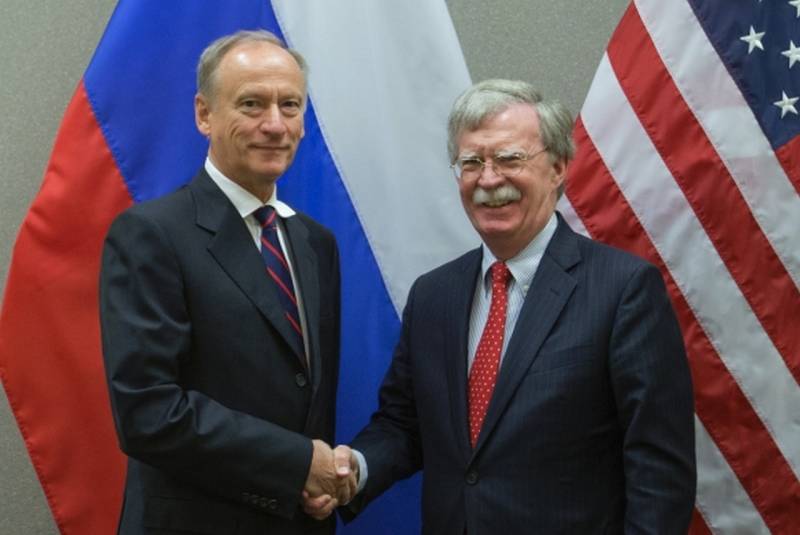 At the same time, the Secretary of the Security Council of Russia, Nikolai Patrushev, at a meeting in Moscow with Bolton, stated the importance of preserving the INF Treaty, the termination of which would be a “serious blow to the entire international legal arms control system”, and readiness “to work together to eliminate mutual claims in connection with the implementation of this contract. "

However, there is no doubt that the counter-claims of Russia, which Patrushev mentioned, will not be considered by the Americans. In the event that Trump’s intentions to withdraw from the treaty are serious, there can be no compromise: under a far-fetched pretext, the obligations will simply be rejected in the same way as was the case with the nuclear deal with Iran.

However, it cannot be ruled out that Trump’s speech is connected with the elections to the US Congress and his desire to show the Americans, including his opponents from the camp of the Democrats, that he can be extremely tough in relation to Moscow, and talks about his dependence on Putin have no reason. Actually, the experience of his presidency shows that he managed to achieve a rating upgrade thanks to an aggressive foreign policy, which is perceived by many Americans as a manifestation of America’s “greatness” that Trump promised to “return”.

And if this is only a pre-election demonstration, it cannot be excluded that the United States may not withdraw from the treaty. Especially if Russia manages to get some bonuses. For example, to assist the United States in the matter of extending the INF range to China, which, as we know, does not participate in it.

However, for Washington, who declared the People's Republic of China "enemy number one," it would be very desirable if Beijing, most of whose missiles fall under the treaty’s limitations, signed it. After all, it is not by chance that China also mentioned in his statement about the withdrawal of Trump. 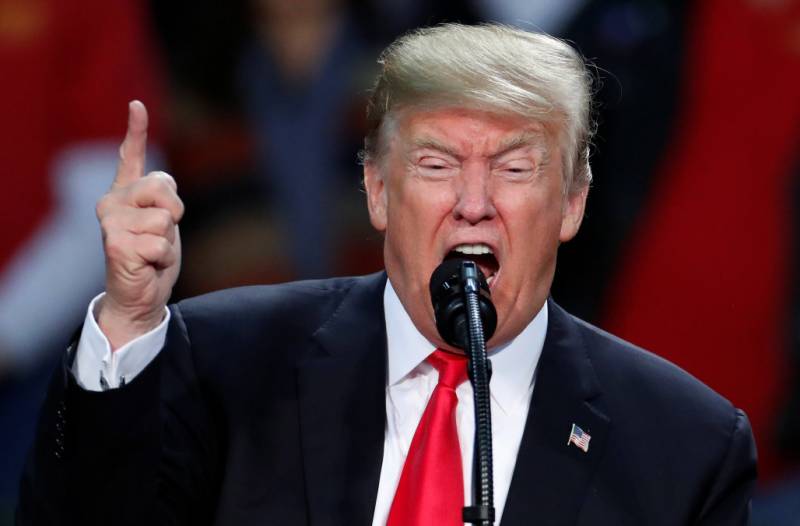 A little later, Trump on Fox News TV announced: "China is not included in this agreement, but they should be included in it." That is, the message of the American leader to Moscow should be understood as follows: if you want to keep the treaty, make sure that China also signs it. And if the Kremlin accepts US proposals and takes pressure on the PRC, trust between our countries will be undermined, and the emerging Russian-Chinese alliance will not take place. And there is no guarantee that then Washington will not unite with Beijing against us. 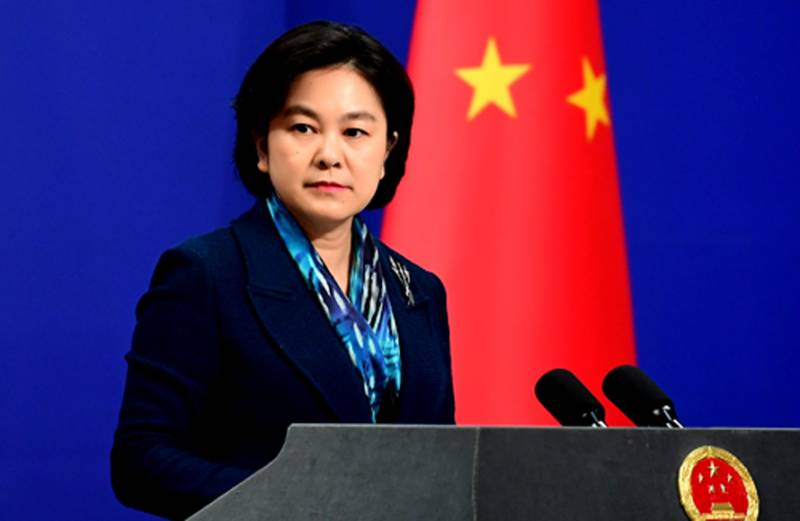 Be that as it may, the mention of China on the issue of US withdrawal from the Treaty on Medium and Shorter-Range Missiles was very disturbing to China, and the Chinese Foreign Ministry spokesman Hua Chunying was quick to note that "a reference to China in this matter is completely erroneous." He also warned the United States against the step announced by Trump.

“A unilateral withdrawal from the agreement will have a multilateral negative effect,” the spokeswoman said. She hoped that the parties to the treaty would “value the result” achieved by great difficulty and solve issues related to the INF Treaty through dialogue and negotiation. “We hope that the parties will think twice about the issue of withdrawing from the treaty before acting,” Hua Chuying stressed, making it clear by the context of her speech that the PRC perceives this issue detachedly and does not try it on.

But besides China, what is happening can seriously change the agenda of world politics.

Thus, the chairman of the Italian think tank Vision & Global, Tiberio Graziani, called Trump's initiative consonant with the US policy to upset the global balance.

“Trump’s recent statement of intent to withdraw from the agreement with Russia is fully in line with the American strategy for breaking the international equilibrium. It is worth noting that this balance is already unstable, since we are in the middle of a geopolitical transition to a new order, which is absolutely multipolar, but not yet established, ”the RIA expert cites the words“News». 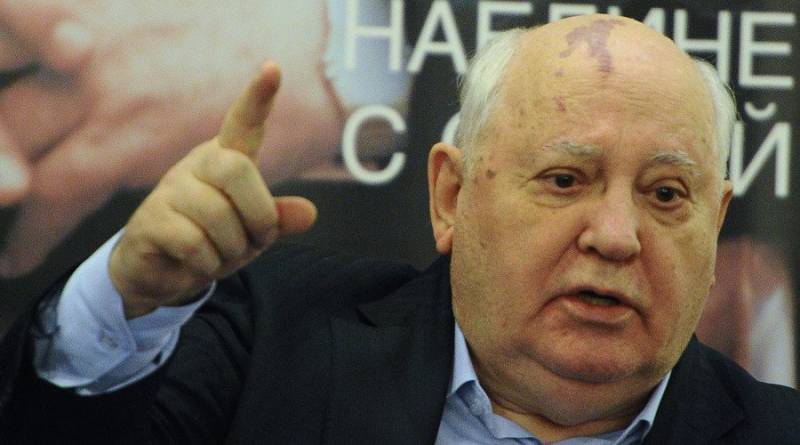 In this regard, a very energetic reaction to Trump’s statement about the withdrawal of one of its authors and signatories, Mikhail Gorbachev, is of some interest.

In an interview with Interfax, he noted that this decision of Trump "will undermine all the efforts that were made by the leaders of the USSR and the United States themselves to achieve nuclear disarmament."

“To break old agreements on disarmament,” Gorbachev believes, “is by no means impossible. Is it really difficult to understand that the rejection of these agreements, as they say, is not of a great mind. ” 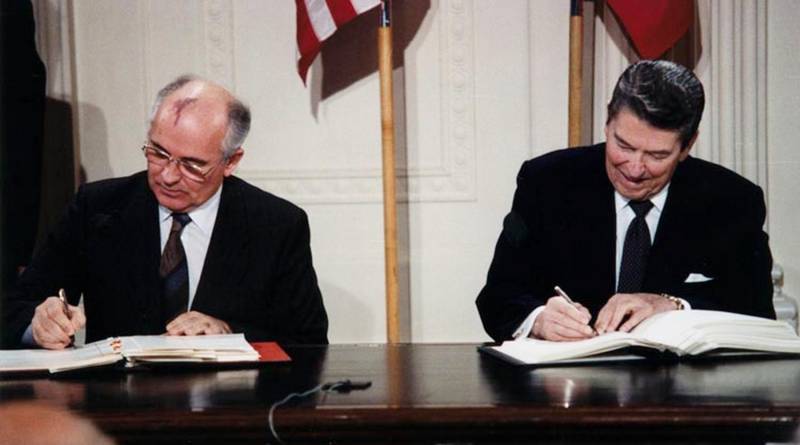 You can, of course, assume that Mikhail Sergeyevich is sad to see how the American head buries his child. However, we note that, for example, on the expansion of NATO, which was also a violation of the promise once given to him, he reacted much more calmly. What is the matter?

But the fact is that, as Graziani absolutely correctly noted, Trump's step, or rather, its consequences, many of which today are not possible to calculate, drive another nail into the coffin of that global project, of which Gorbachev was an active participant. This is a monopolar, Western-centric device for the life of the planet, known as the “new world order”, which Trump is the grave digger of today. 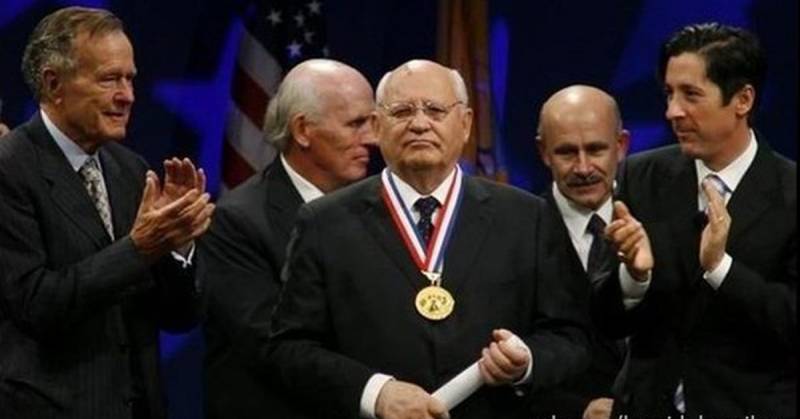 And by the way, it was this circumstance that aroused the European elites much more than the hypothetical threat to the security of their countries, which the United States abandoned by the INF. So, in particular, it is obvious to them that, contrary to Washington’s plans, “hitting” Moscow and Beijing will not destroy, but only strengthen their alliance, strengthening the center of power alternative to the West.

The global power vertical, built with the participation of Gorbachev, in which they were embedded and within which they functioned, is crumbling. This alarm is shared by some representatives of the US political elite. So, US Senator Robert Menendez said that withdrawing from the Treaty on the Elimination of Medium and Short Range Missiles would further isolate the United States on the world stage and “give up a political victory” to Russia.

“Exit from this treaty without a comprehensive strategy that would eliminate its basic strategic consequences, and without consulting with Congress or our allies, threatens the long-term interests of the national security of the United States,” said the senator, urging US lawmakers to limit the efforts of the administration of President Donald Trump to eradicate agreements on disarmament.

But Trump doesn’t seem to be unstoppable: on October 22, he announced his intention to build up the nuclear arsenal of the United States (probably not giving a damn about all the treaties) “until the rest come to their senses.” In order not to leave room for doubt, Trump stressed that this comment is addressed to Russia and China.

Although the American leader assures that his goal is new, more fair (from his point of view) agreements, his attitude to previous commitments and aspirations to constantly and unilaterally change the adopted rules makes it clear that there is no need to talk about any agreements. . He demands unconditional surrender and absolute submission. At the same time, the USA is becoming less and less able to achieve “obedience”.