October 23 2018
14
In October, 1827, the Russian troops took control of the Erivan Khanate and stormed the city-fortress of Erivan (Yerevan). The lands of the Khanate were soon incorporated into the Russian Empire. The assault on Erivan would not have taken place at that time - now there would be no sovereign Armenia, since there was practically no hope that Armenia would liberate itself from Iran and its vassals. It is enough to look at the fate of the Kurdish people next to the Armenian, who, despite the multi-million population and compact areas of settlement, still can not create their own statehood. 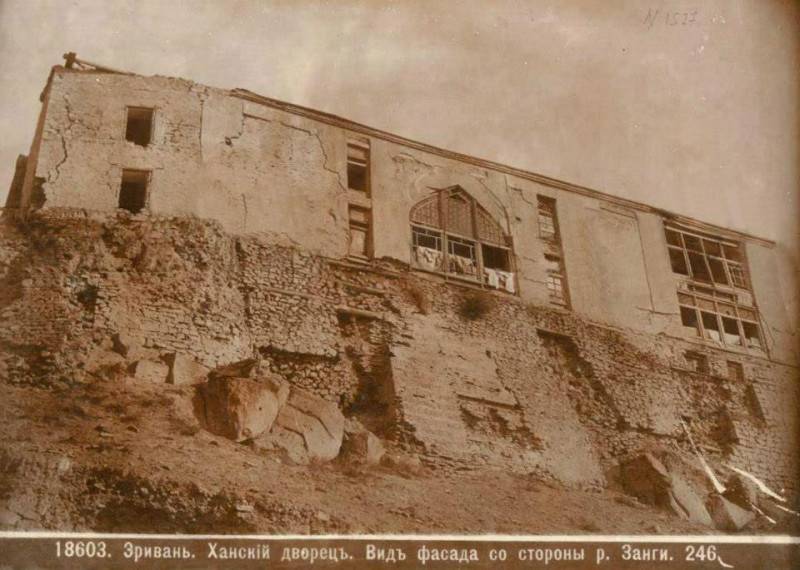 One of the first Armenian political figures who decided to seek the help of the Russian Empire that had gained strength was Israel Ori (1658-1711). He managed to achieve a meeting with Emperor Peter I, passing him a letter from the Syunik meliks who asked for help from the Russian sovereign. Peter agreed to help the Armenian people, but only after the end of a long and difficult war with Sweden. But the emperor did not have time to send troops to the aid of Armenia, and then Russia was no longer up to the liberation of the Erivan khanate. Nevertheless, the resistance of the Armenian rebels continued throughout the XVIII - early XIX centuries. The situation began to change after the beginning of the advancement of the Russian Empire in the South Caucasus. In 1804, the Russian-Persian war began, caused by the accession of Eastern Georgia to Russia.

Emperor Alexander I 12 September 1801 of the year signed the “Manifesto on the establishment of a new government in Georgia”. In accordance with this document, the Kartli-Kakheti kingdom became the Georgian province of the Russian Empire. In 1803, the Imereti Kingdom and Megrelia entered Russia. 9 January 1804 city fell Ganja, after which the Ganja Khanate was liquidated, and its lands were also included in the Russian Empire. After that, the Persian Shah Feth-Ali 10 June 1804 declared war against the Russian Empire. 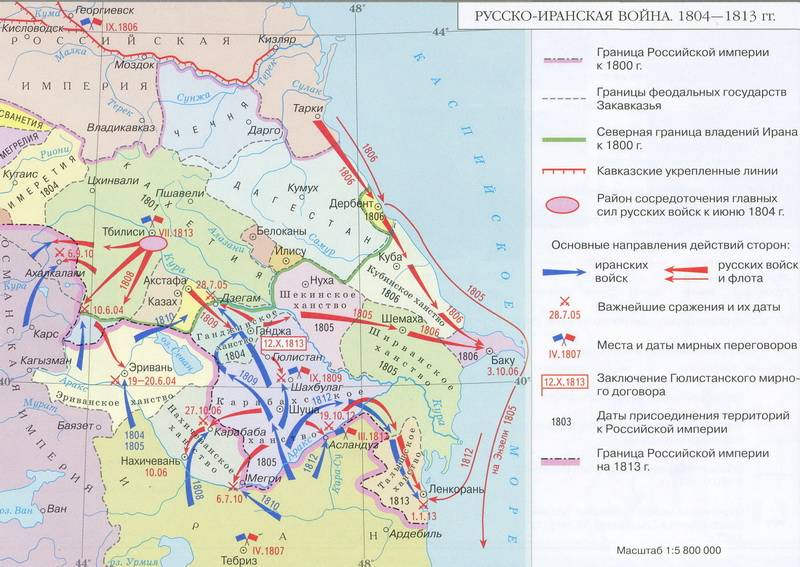 With breaks, fighting between the Russian and Persian armies continued for nine years. Only in 1813 was the Gulistan Peace Treaty concluded. In Gulustan, in Karabakh, Lieutenant-General Nikolai Rtishchev, Commander-in-Chief of Russian troops in Georgia, and Iranian representative Mirza Abul-Khasan Khan signed an agreement by which the lands of Abkhazia, Megrelia, Kartli, Kakheti, Imeretia, Guria departed to the Russian Empire. , Dagestan, as well as a number of Azerbaijani khanates - Derbent, Baku, Ganja, Sheki, Shirvan, Karabakh and parts of Talysh.

But the Erivan khanate, as we see, remained under Persian rule. This was facilitated by the fact that the Russian troops twice failed to take possession of the Erivan fortress. The first time an unsuccessful assault attempt was made in 1804 by the troops of Prince Pavel Dmitrievich Tsitsianov, but due to lack of food, Tsitsian was soon forced to unlock the fortress. For the second time, Erivan was besieged by troops under the command of Ivan Vasilyevich Gudovich in the 1808 year - and again without success. Therefore, under the Gulustan peace treaty, the authority of Persia over the Erivan khanate was recognized.

However, the Gulustan peace did not mean that Persia had come to terms with the loss of vast territories in the South Caucasus. The British continued to play their role, who instigated the Shah of Persia and his entourage to launch a new war with Russia. In London, most were afraid of the breakthrough of Russian troops in the Middle East and the establishment of control over Iran. Therefore, the entire British diplomatic machine at that time worked against the Russian Empire. Finally, when the Decembrist uprising broke out in 1825 in Russia, and the political regime, as they believed in Britain and Persia, was weakened by the recent change of monarch and contradictions among the power elite, the Persian side decided on a new campaign against Russia.

19 (31) July 1826, the Persian troops invaded the territory of the Talysh and Karabakh khanates and were able to quickly move deeper, almost without encountering resistance from the local militias.

Hussein Khan Kazvani Develu Qajad, a Serdar of the Erivan khanate, came from the ruling Persian Qajar dynasty of Turkic origin in the promotion of Iranian troops. However, Hussein Khan’s dependence on Persia was only formal - he ruled the Erivan khanate completely independently and built such relations with neighbors as he considered necessary. Hussein Khan was subordinate to a large army, in addition to his side stood 12-thousandth Kurdish cavalry. Progressing on Russian territory, Hussein Khan’s formations began the destruction of Armenian villages.

Since at the first stage of the war the numerical advantage was on the side of the Persians, they managed to seize an impressive territory and significantly pattle both Russian troops and the local Armenian population. But by September 1826, everything changed.

First, the Russian detachment under the command of Major General Valerian Madatov in the Battle of Shamkhor was defeated by the 18-thousandth Persian vanguard, rushing towards Tiflis. After that, the Crown Prince Abbas-Mirza, who commanded the Persian army with its combined forces, was forced to lift the siege of Shushi and advance towards the Russian army.

Secondly, 13 (25) of September 1826. The separate Caucasian corps of General Ivan Paskevich near Elizavetpoly inflicted a crushing defeat on the 35-thousandth of the Persian army. As a result, the Persian troops were forced to retreat across the Araks River. 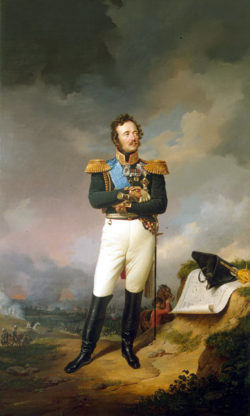 After Ivan Paskevich was appointed the new commander-in-chief of the Russian troops, success began to accompany the Russian army constantly. Thus, 5 (17) in July 1827 was seriously defeated by the troops of Abbas-Mirza at the Dzhevan-Bulak brook, and two days later the Russian troops took the fortress of Abbas-Abad. The Persians lost three thousand people in the Oshakan battle, when Russian troops managed to lift the siege of Echmiadzin. After this, Paskevich’s troops advanced on Erivan.

At this time, the garrison of the fortress was commanded by the brother of the Erivan serdar Hussein Khan Gassan Khan, who ordered the deportation of several Armenian families from the city so that they would not come to an agreement with the Russians and would not open the gates.

On the night of September 26 1827, the Russian artillery began shelling the fortress. Paskevich offered Gassan Khan to surrender, but the Persian governor did not want to lose his power and hoped that if Erivan held out for some time, reinforcements would come to his aid. Then the Russian troops stepped up the shelling of the fortress, but Serdar stubbornly refused to surrender, despite the requests of the townspeople. September 29 collapsed south-east corner tower and part of the fortress wall.

Considering that this event could affect Gassan Khan, Paskevich again turned to him with the proposal to surrender the Erivan fortress in exchange for the unimpeded exit of Gassan Khan with his army to the territory of Persia. But Serdar again refused. The stubbornness of the governor, meanwhile, increasingly irritated citizens, especially Armenians, who in reality dreamed of surrendering Erivan to the Russian army and openly refused to participate in the work of strengthening the fortifications.

On the night of October 1, Russian artillery struck the fortress again. Numerous fires began in the territory of Erivan, and Russian troops were selected to the walls. In this situation, the leaders of the Armenian community of Erivan again demanded that Serdar Gassan Khan surrender the fortress. This time they threatened to raise a rebellion of the Armenian population of the city, and it could put up a militia that was six times larger than the Persian garrison of the fortress.

During the assault on the Erivan fortress, Russian troops captured numerous trophies, Serdar Gassan Khan himself, the commander of the elite battalion of the Shah sarbazov Kusum Khan and many other prominent Persian military leaders were taken prisoner. During the siege of the fortress, the Russian army lost all 52 man, while the losses of the Persians were much more impressive. But the most important thing - the capture of the Erivan fortress testified to the actual defeat of the Persian army in Eastern Armenia. The news that the Russian army practically liberated the lands of Eastern Armenia dispersed among all the Armenian diasporas scattered from France to India. Archbishop Nerses called on the Armenian people to stand side by side with the Russians and fight with them against the Persians. Representatives of the Armenian community of India wrote:
“Armenia has resurrected from the ashes ... and in this the Armenian nation is obliged to the human-loving Moscow nation, among which we can always live safely and protected.” 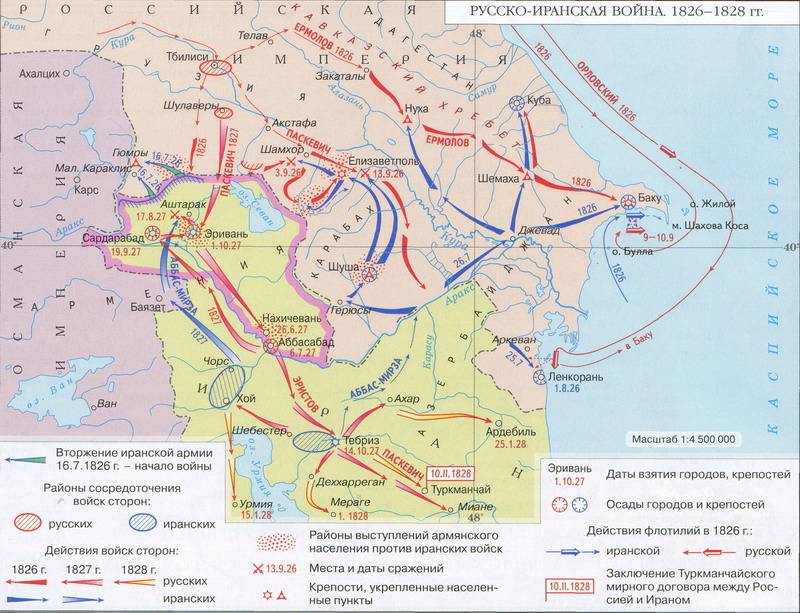 10 (22) February 1828 of the year in the village of Turkmanchay in the vicinity of Tabriz, General of Infantry Ivan F. Paskevich and Crown Prince of the Persian throne Abbas Mirza signed the Turkmanchai peace treaty. In accordance with it, not only were the results of the Gulustan peace treaty consolidated, but also the Nakhchivan and Erivan khanates, the territory of Eastern Armenia, passed to Russia. In fact, all of the Transcaucasus was under the control of the Russian Empire. In Iran, the Gulustan and Turkmanchai peace treaties are still considered the most serious defeats of the country. Even Friedrich Engels once wrote that the Turkmanchaysky peace treaty turned Persia into a vassal of the Russian Empire. Like it or not, there have been tremendous changes in the life of the Christian population of Transcaucasia - for the first time in many centuries, the Christians of Transcaucasia were able to breathe easy.

In the Erivan and Nakhichevan khanates, which became part of the Russian Empire as the Armenian region, Persian laws were abolished that severely discriminated against the non-Muslim population of the region. The Armenian population has received numerous incentives for cultural and economic development.

At the same time, the tsarist government turned to the Armenians with a request to move to the liberated lands, and already in 1838, Armenians again made up more than half of the population of the Armenian region. The number of Armenians in the region was constantly increasing, helped by the influx of refugees and displaced persons from the territory of the Ottoman Empire.

In 1849, the Erivan Province was established in the territory of the Armenian region. During the time that Eastern Armenia was part of the Russian Empire, it became significantly stronger and developed economically and culturally. But the real flourishing of both Armenia and Yerevan occurred in the Soviet period stories. It was the Soviet government that turned Yerevan, a relatively sparsely populated eastern city, into a modern capital with numerous cultural institutions, a developed transport infrastructure, and industrial facilities.

The liberation from Persian domination had a very positive effect on the self-consciousness of the Armenian people, who for centuries had been depressed and could only count on constant insurgent actions against the Ottoman Empire and Persia. In Russia, and then in the Soviet Union, the Armenian people received completely different opportunities for their development.