Su-57 surpassed the afterburner F-35? India, it's time to return to the project

October 21 2018
147
The US continues to put pressure on New Delhi, stating that the Indian deal with Russia to acquire C-400 anti-aircraft missile systems will not remain without CAATSA’s sanctioned package. Recall that CAATSA is an American whip, which Washington threatens to beat anyone who intends to cooperate with Russia in the military-technical sphere. While they are speculating on specific measures of influence on India, Moscow could well use time and opportunities to its own advantage.


A few months ago in India they said that they were abandoning the joint project with Russia of the 5 generation fighter FGFA. 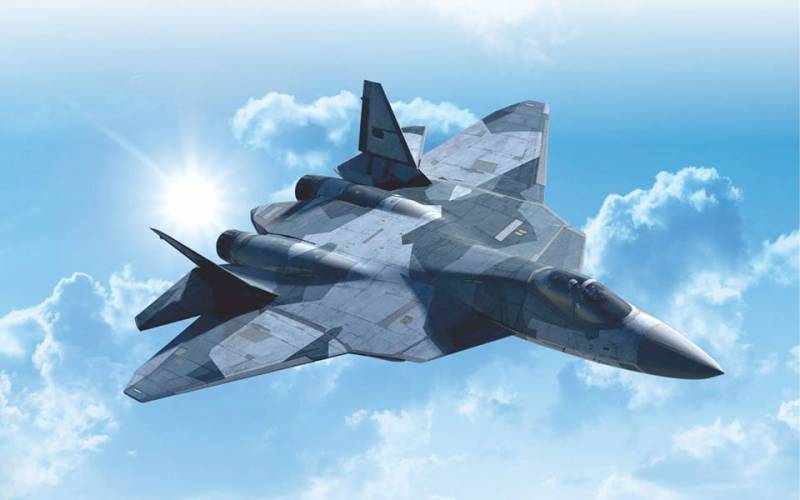 At the same time, claims were “rolled out” by the whole car: from the discrepancy between the level of stealth technology desired by India and the use of the “wrong” engine. The fact that the plane was at the stage of creation at the time of the Indian demarche (in fact, it is still on that day) was not embarrassing to anyone in the Indian Air Force. It was necessary to “quickly, cheaply, all at once”, plus also with the transfer of basic technologies.

It should be noted that as soon as India left the joint project, it was made clear in the media of this state that the command of the Air Force made a blunder. After all, in fact, the only promising project for the country was “hacked down”. And after giving up the FGFA (Su-57), India was left face to face with its sworn geopolitical friend - China. And that fifth generation aircraft already exist. These are the Chengdu J-20 multipurpose fighter aircraft.

When the Chinese fighters began to plow the air spaces of the Middle Kingdom, India began a sad dance in the direction of the United States: there was talk that we would have to look closely to the American F-35. They danced before signing the contract for C-400.

Now it becomes clear that India will not receive the F-35 by virtue of the aforementioned CAATSA package, and she herself is frankly not eager to receive such a receipt for a number of reasons. The first reason is the need for huge investments in changing infrastructure up to purchases from the same USA aviation refuelers. The second reason - the United States initially made it clear that they do not intend to share technologies with countries that were not in the F-35 project. The third reason is the cost not only of purchases, but also of subsequent upgrades, without which India will hypothetically be left with super-expensive hardware.

By now, tests of the Su-57 with the engine of the second stage have already begun in Russia. The engine has been significantly increased due to the newest technologies being implemented. Thus, the afterburner "30 products" brought to the value of 18 tons (and according to the latest data, and at all to 19,5). So, 19,5 tons - above the afterburner thrust of F-35 engines. In comparison with 15 tons of the engine of the first stage, this is a real breakthrough. The gas temperature in front of the turbine reaches 1830 degrees Celsius.

Based on the performance of the latest engine, we can talk about increasing the maneuverability of the Russian fighter. And India is hardly aware of this today.

In this case, before New Delhi, it is necessary to expand specific maps of the prospects for the Air Force of this country in two cases. The first is when she still arranges Bollywood with the exit from a joint project, the second is when she returns to full-fledged joint work.

To lose the chance to convince the Indian partners that they got excited some time ago is definitely not possible. This is not only additional investment, but also the opportunity to click on the nose of overseas competitors in the arms market, accustomed to the practice of intimidation.