US intensified military operations in Somalia

October 22 2018
9
According to official information from a Pentagon spokesperson broadcast by CBS News, the US military stepped up air strikes against jihadists stationed in Somalia.


The first (mainly reconnaissance) flights of airplanes and UAVs began three weeks ago, in early October. This was followed by individual pinpoint strikes, mainly on identified headquarters and fixed meeting places for the leaders of jihadist groups, mainly from among Al-Shaba and Al-Qaida (the latter is banned in the Russian Federation). These two terrorist communities are considered the most dangerous among a dozen such organizations based in East Africa. 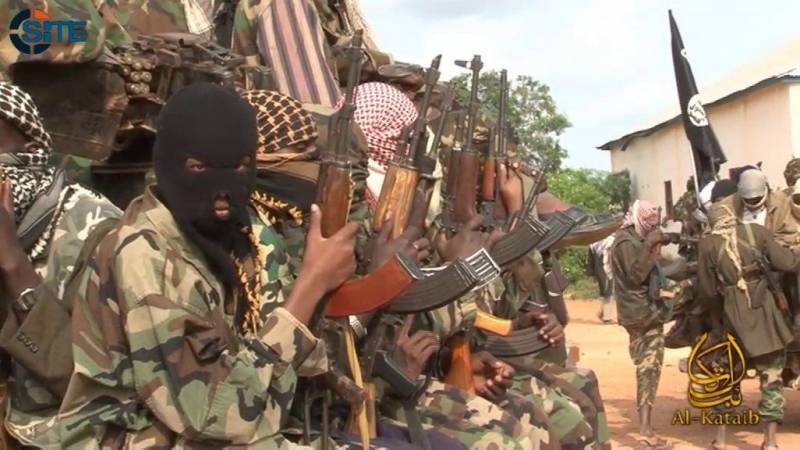 Jihadists from the Al-Shabab group

And if an organization such as Al-Qaida is widely known, then Harakat Al-Shabab (for some reason, probably because of its geographical remoteness, which is not considered terrorist and not prohibited in the Russian Federation) is not widely known. that this is one of the most dangerous jihadist associations in Somalia. The name of this group itself - “Harakat al-Shabab al-Mujahiddin” (“HSM” - “HSM”) can be translated from Arabic as “Youth Mojahedin Movement” (variant - “Hizb ul Shabab” - “Islamic Youth Party”).

Its activities are completely banned in about ten countries where the HCM is declared a terrorist organization (predominantly the states of the Anglo-Saxon world), and in several other countries the activity of this structure is partially prohibited.

This organization is formed in 2004-2006. young militants from the Somali Union of Islamic Courts. Having absorbed a significant part of the most radical elements of the region, Al-Shabab led an aggressive struggle against other jihadist groups in Somalia, as well as against the forces of the Provisional Federal Government, its allies represented by the Ethiopian security forces and US forces in the region. 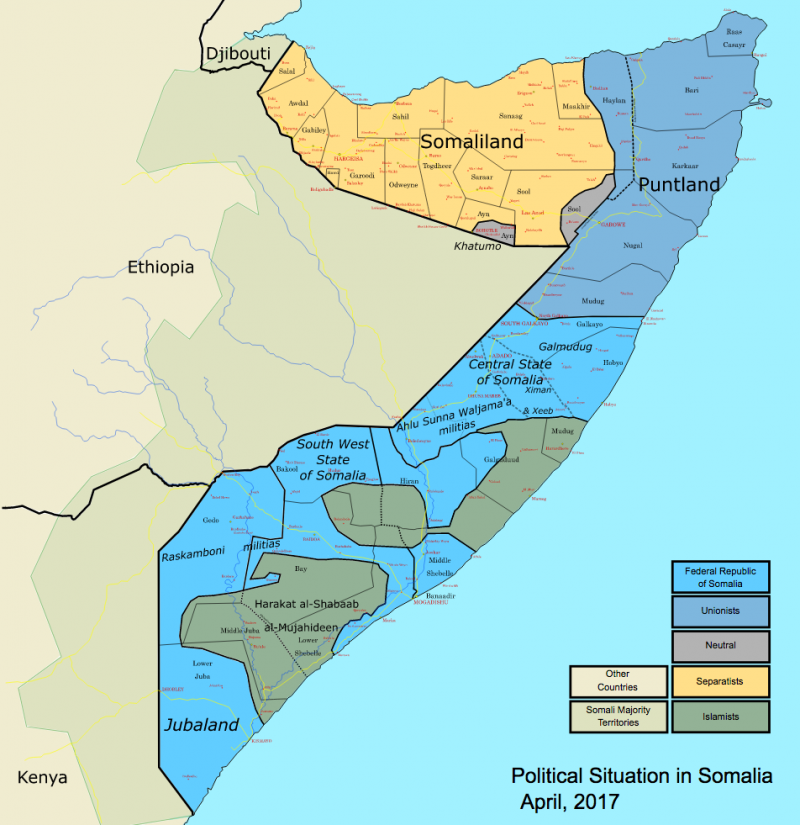 The control map of the regions of Somalia by various forces as of 2017 year.

In 2009-2011 The militants of this group achieved great success and began to control significant territories. After a series of defeats, their combat capabilities declined, which led to the fall of their “capital” - the city of Kismayo in September 2012. Since that time, their center has moved to the city of Barava, but this settlement was also freed from jihadists in October 2014. In recent years, the forces of this group have been dispersed among several bases along the coast of Somalia.

Over the past few months, the US Air Force delivered all 24 air strikes across Somalia, including with the help of drone drone. Moreover, according to the press secretary of the Pentagon, all of them were produced with permission and in agreement with the "federal authorities" of Somalia.

According to the official statement of the American command, the strikes were so accurate that their victims were not a single civilian who was not involved in terrorist activities. 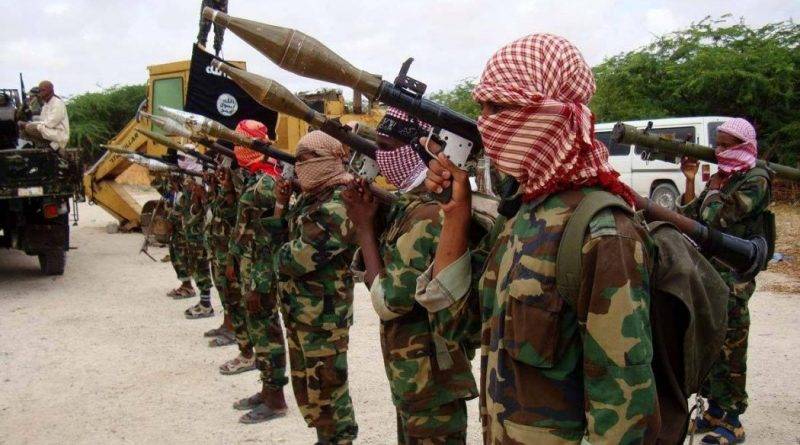 "Branch heavy weapons"from among the militants of the Al-Shabab group."

One of the most successful US air strikes in Somalia is currently considered to be an air operation conducted on 12 in October 2018 by two drone UAVs, as a result of which the HSM fighter training camp was covered with a missile strike. In total, at least 75 jihadists, most of whom were preparing for a raid on central Somalia, became victims of an American air strike that time.

Recall that in October 2018, the mournful anniversary of the most deadly assault by Al-Shabab militants, the bombing of a truck with explosives on the market in Mogadishu, which killed at least 512 people, wounded three hundred, is celebrated.