Power structures receive complexes with UAVs of the "Orlan" type 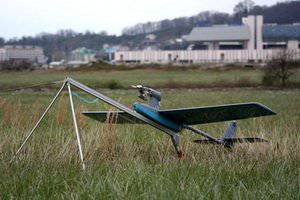 According to him, in 2011 the delivery was realized. aviation The Ministry of Internal Affairs of one complex with drones "Orlan-3D" with an internal combustion engine. It is expected that this year the same customer will also be supplied with the same complex.

In 2011, the factory (preliminary) tests of the Orlan-2 drone complex were completed. "In the same year, the implementation began and this year the delivery of two Orlan-2 UAV systems for law enforcement agencies was completed," the source said.

According to him, single supplies of UAV complexes are continuing for use in the interests of the Ministry of Defense - it is planned to transfer one or two complexes this year.

In addition to the "siloviki", recently more and more attention is paid to civilian structures on UAV complexes. If in the 2011 year there were four civilian customers for the supply of complexes, this year there will be more - only in May at the pre-contract stage the delivery of already five complexes was agreed. “In addition, the aerial mapping complex based on the Orlan-10 drone will certainly be in increasing demand in the aerial photography market,” the source said.

Responding to a question about the possibility of supplying complexes with the UAV of the Orlan series abroad, he explained that selling abroad a lot of formalism, and the existing orders within Russia allow the enterprise to fully load production.